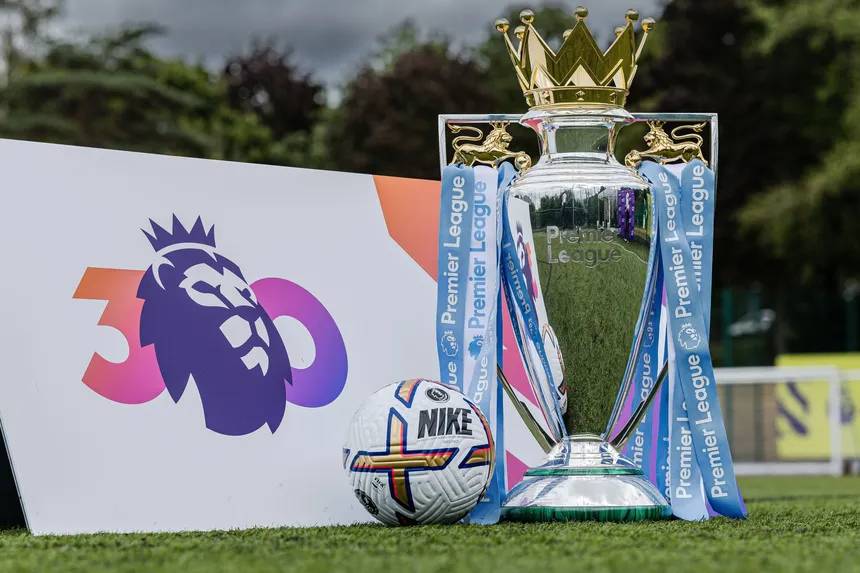 
The Premier League celebrated its 30th anniversary on Monday, August the 15th, three decades after dramatically breaking away from the English Football League (EFL). It has seen English club football evolve into the top sports entertainment product in the world.


In 1992, the English FA (Football Association) held a meeting, at its headquarters in London’s Lancaster Gate, with its stakeholders to discuss a tearaway league with a claim to a greater share of the revenue. It was the brainchild of the famous “Big Five” clubs — Manchester United, Liverpool, Everton, Arsenal and Tottenham. A historic agreement was reached that allowed the top teams to launch a new football league named the Premier League and which would keep its income rather than sharing it with the clubs across all four divisions of the professional game. The top 22 clubs split from the English Football Pyramid.


Rupert Murdoch's Sky Television secured exclusive broadcasting rights by undercutting their rivals with an extraordinary £304 million bid for the five-year deal. The highlights package was given to the BBC, who had supported the BSkyB bid. Then Sky TV set about heavily promoting the league, which since its inception, has been driven by high broadcast revenues.


The TV income allowed clubs to buy top players from other European leagues, especially Italy and Spain. The 13 players from outside Britain in the first season of the Premier League. But since then, it has seen an influx of foreign talents flood English football in the 30 years that followed. Players from 120 countries have played in the league, with over 60 nationalities represented last season. The Premier League now broadcasts to 800 million homes in 188 countries with 90 broadcasters and more than 400 channels. The league now generates more revenue from foreign television deals than the domestic market. Over the following three seasons, it is anticipated that overseas rights sales would bring in £5.3 billion, with £5.1 billion coming from UK broadcasters (Sky, BT and Amazon).


Fifty clubs have played in the Premier League, but only a handful of top clubs have been able to get their hands on the coveted silverware. There have only been seven clubs who have won the league, with only Blackburn Rovers and Leicester City breaking the monopoly. The early years were dominated by a youthful Manchester United team who won seven of the first nine titles under Sir Alex Ferguson. The arrival of the Frenchman Arsene Wenger and his innovative use of sports science and nutrition supplements allowed his Arsenal squad to dominate from 1998 onward, culminating in an "invincible" season in 2004. Chelsea, another London club backed by Russian billionaire Roman Abramovich, won back-to-back titles under Jose Mourinho in 2005 and 2006 before Man United started a new winning phase with the help of superstars like Wayne Rooney and Cristiano Ronaldo. Manchester City, under new Abu Dhabi ownership and a brilliant coach in Pep Guardiola, has dominated in recent years, winning four of the last five titles. Meanwhile, Liverpool their first title in 30 years in the pandemic season of 2019-20.

Throughout the 30 years of its existence, some things have changed drastically —


LED Boards: Before LED Boards, only the referees used to know how much injury time would be added. The people in the stadium and the TV audience had no clue about it.


Foreign Participation: Foreign players increased from 15.6% in 1992/93 to 57.7% in 2021/22. Only four current managers are English, and three others are British. Until 1996, clubs could only name three foreign players in a European game.


Substitution Rules: Only two of the three players on the replacements' bench could be used during the first season. Nine substitutes can now be named, of which five can be used during a game.


VAR (Video Assistant Referee): On-field referees can use the assistance of VAR referees in making a decision these days. The VAR referee can remotely monitor the game, and the different camera angles and replays can help the on-field referee make an informed decision. The accuracy of decisions had gone up from 82% to about 92% after the introduction of VAR.


Goal Line Technology: Hawk-eye cameras placed strategically around the stadium help detect when the ball has crossed the goal line. Electronic equipment is utilised to transmit the information to the referee in real-time and assist the referee in making the right judgement when awarding a goal.


Concussion Substitutes: Premier League has also allowed the introduction of Concussion substitutes to relieve any player who suffers from a concussion during a game.


Transfer Deadline Day: It changed from March 31 to August 31 following the FIFA ruling in 2002 and was split into two windows – the Summer window from the end of the season to 31 August and the Winter window from 1 January to 31 January.


European Places: The number of teams qualifying for European competition was changed. Only the champions were allowed to participate in the Champions League until 1997. A second team was allowed to play in the Cup Winners' Cup by winning the FA Cup. The second and third-placed teams in the league table qualified for the UEFA Cup. Now seven teams can qualify for Europe — Four top teams in the Champions League, the 5th & 6th placed teams in the Europa League and the 7th team in Europa Conference League.