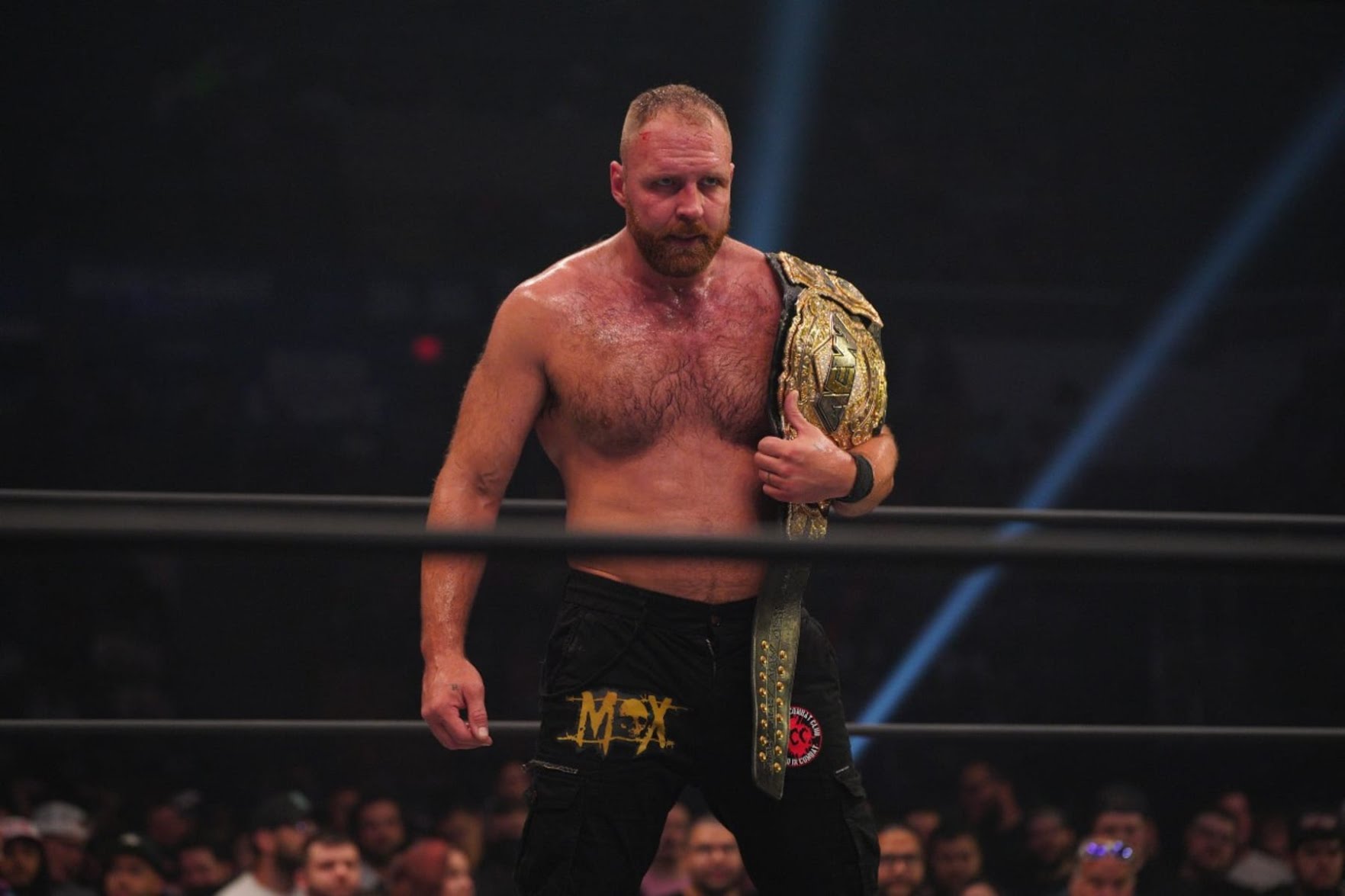 After last week's Battle of the Belts III, we had another weekly edition of AEW Dynamite, themed in the name of Quake By The Lake at the Target Center in Minneapolis, Minnesota. The announced card looked stacked, with the interim AEW World Championship on the line for the main event. If you missed the show, don't worry. We've got you covered!


Star of the Night | Darby Allin


The long-lasting feud between Darby Allin and Brody King needed closure. The best way to settle their score was to have a coffin match between them. Like most of Darby's high-stakes fights, this one had its fair share of violence right from the start.


Allin came out with a skateboard that had thumbtacks sticking out of it. He tries to make quick work of Brody King, who starts to bleed crimson from those shots, but considering the disproportionality of size between the two competitors- King soon turns the tide.


King tossed Darby over a table by the ringside and regained control. To nullify the threat, King breaks the skateboard into half. But this provides Darby enough time to catch his breath and lunge at the big man. A few moments later, Darby managed to hit an Avalanche Code Red inside the ring, which set the crowd to go crazy with excitement. We go to a picture-in-picture commercial.


As we return, we see King miss Allin with a middle rope splash to the floor but pays for it by hitting the table. As Derby smells another window of opportunity, the lights go out instantly. The announce team anticipates the signs of interference from the House of Black members. When the lights are back on, we see Malakai Black and Buddy Matthews standing at ringside in front of King. Their fourth member Julia Hart emerges to trip Allin down, and the punishment is on.


King hits a running flip dive through a table, and it's time to lock Darby inside the coffin. A “We Want Sting” chant breaks out, but the sadistic punishment continues with Darby bleeding profusely. Something is odd, as Sting is nowhere to be seen or making any efforts to even the odds.


The coffin is lined up and opened, only for Sting to emerge out of it with his loyal baseball bat that receives a massive pop. The veteran starts to clean the house in Darby's favour. Sting even throws the bat to Black inviting him to pick it up and try something foolish, but Black leaves without taking a shot.


The anarchy allows Allin to hit a big cannonball suicide dive to drop King on the floor. Though, it is not enough for him to drop the big man into the coffin. King drops Allin onto the steps, but Allin manages to grab a metal chain and rough King up with it. He chokes King on the ring apron and then only releases the big man when he's choked out completely.


King falls off the apron and falls into the coffin to give Allin his third victory in these sadistic Coffin matches.


Chris Jericho turns back the clock for this one, as we see the Lionheart come out for the main event after decades. Jericho flipped off Moxley to start the match. After a few initial back-and-forths, Jericho snapmare drops Moxley and rips out his earring. The crowd loves the violence as we get “Lionheart” and “Let’s Go Moxley” chants.


Moxley bleeds from his ear. After resuming a commercial break, we see a bloody Moxley working on an armbar, but Jericho escapes it. Then Jericho traps the interim champion by the post into a Heartbreaker Figure Four and has no intention of letting him go.


After an escape, Moxley begins his offence, and we see a crossface get applied on the Lionheart, who tactfully reverses it into the Walls. Moxley struggles to crawl over to the rope for the break. After breaking it up, Moxley irrationally climbs up the top rope for a dive but lands into the Codebreaker. Jericho covers him for a two-count.


Frustrated, Jericho goes out to a corner and rips the turnbuckle pad, which infuriates referee Aubrey Edwards, who attends to fixing it. This distraction works as Sammy Guevara throws a baseball bat for Jericho to use.


Jericho uses the foreign object, but it's still not enough for the three. The Judas Effect comes into play for a very close two! With nothing working, Jericho, in desperation, reaches out for the belt. He misses a shot to Moxley's skull and charges into the earlier exposed turnbuckle. Moxley seizes the opportunity with both hands and grabs his opponent to choke him out.


A bloody Jericho reverses the offence into a Liontamer, but the champion was anticipating this time around, and he reverses into another choke for Jericho to eventually tap out.


After the main event, we feel that Moxley now needs his next challenger. But those thoughts are cut short with the Jericho Appreciation Society members rushing down the ramp to begin their uncalled assault on the victorious champion.


Blackpool Combat Club members alongside Eddie Kingston and Ortiz team up to protect Moxley, but the numbers don't work in their favour. It's pandemonium inside the ring where their tussle takes place.


The music of a returning CM Punk erupts in the building with cheers- as he comes down to help out the good guys. Punk cleans the ring. The last two remaining are the AEW World Champion and the Interim AEW World Champion.

A middle finger from Moxley to brush off the return leaves Punk alone to pose to end the night. The commentary team speculates if Punk is medically clear for the impending title unification contest or do we have to wait longer for that.