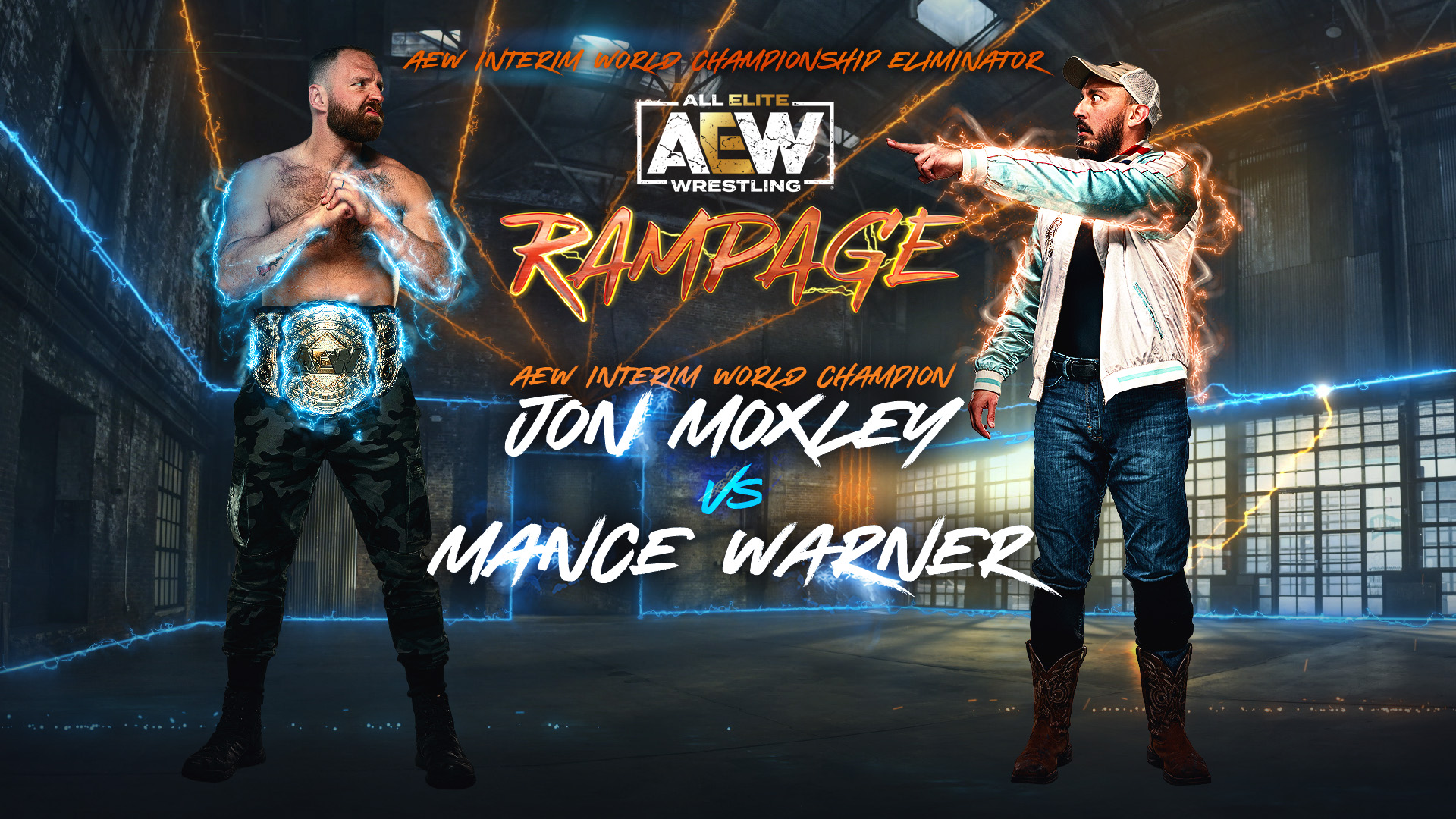 Mance Warner’s promo package played before his entrance. Moxley wasted no time as he went after Warner on the ramp and tossed him into the barricade. Warner fought back by doing the same thing as the action got underway officially. They fought outside for a while before taking it back inside the ring. Warner had the upper hand as he clubbed Mox and chopped him in the corner.


The AEW interim champion hit a running dropkick on his opponent’s knee and applied the Figure Four Leglock. Before Warner downed Moxley with a whip into the turnbuckle, the two competitors traded hard rights in the corner. As the champion was suplexed onto a chair by the challenger, the action returned to the ringside. The broadcast was about to take commercial when Warner delivered a devastating DDT on the steel steps.


Back inside the ring, Moxley ate a big boot, and Warner applied a Figure Four. Moxley fought out of it with jabs to Warner’s jaw, but the latter went back to attacking Moxley’s leg. A spine buster earned him a two count as he went back to clubbing him in the head. Warner brought a chair into the ring, but Moxley punched the chair right into his face as the crowd chanted ‘We Want Tables’. Warner rolled outside, but Moxley hit a suicide dive and brought his opponent back inside the ring. Moxley hit a superplex and delivered multiple hammers and anvil elbows before following it up with a running knee. Moxley hit a piledriver and choked Warner to pick up a hard-fought win.


The action was hard-hitting, and Warner got an opportunity to showcase himself on national television. The winner was never in question. Even if the match was enjoyable, it is time for Moxley to be involved in a lengthy, well-fleshed-out championship storyline, especially with CM Punk not expected to return anytime soon.


The Japanese star made his way to the ring swiftly to go after Nemeth and hit a flying clothesline. He delivered a big boot in the corner and punched Ryan in the corner ten times. Peter Avalon’s cheap shot allowed Nemeth to get some offence, but that was short-lived as Takeshita hit a Blue Thunder Bomb. A running knee earned the DDT Pro star the win. Avalon tried to attack Takeshita after the match, but Takeshita took him out too.


The purpose of this match was to give Takeshita a dominant win ahead of his fight against Claudio Castagnoli at the AEW Battle of the Belts for the ROH World Championship. So the match served its purpose and gave Takeshita another chance to get a good pop in front of a live crowd.


The newly appointed AEW coach locked up with Leila Gray, with the latter coming out on top. Gray and Rayne traded locks as Rayne went for early roll-ups for two counts. She hit a deep arm drag and locked Gray in an arm lock. Stokely Hathaway distracted Rayne with comedic ringside antics, allowing Gray to take control. Gray continuously wore the AEW debutant down and quelled her attempts at getting back in the match.


Rayne finally got out of her predicament with a shining wizard and floored Gray with forearm shots. A Northern Lights Suplex earned her a near fall, but Gray hit a sit-out side slam for a near fall of her own. Both women traded shots before Rayne hit a Cross Raynes for the win.


This match wasn’t great at all. The pacing was off, and the action was clunky and slow. The shots and punches looked extremely weak, while some sequences felt choreographed. Jade Cargill coming out and challenging Rayne was compelling and set up a riveting match for Dynamite.

Swerve in Our Glory vs Josh Woods and Tony Nese


Predictably, the match got underway outside the ring, with Swerve going after Woods while Keith Lee tussled with Tony Nese. Woods drove Swerve into the barricade while Lee did the same to Nese before Lee and Woods traded blows. Swerve sent Nese face first into a chair with a drop toe hold before combining with Lee to inflict damage on Woods. Nese blinded Lee with protein powder, but Swerve kicked it into his face and drove him into the steps.


Swerve brought out a toolbox and threw it at Nese. Nese drove the toolbox into Lee’s head as Woods hit Swerve with a twisted brainbuster on the steps. Inside the ring, Nese got a two count by driving Swerve head first into a trash can. Woods and Nese continued to dominate Swerve while Lee laid at ringside. Mark Sterling distracted Lee, which allowed Woods to plant a trash can lid on Lee’s head. Nese and Woods tried to put Swerve through a table at ringside, but Lee helped his partner fight them off before breaking up Nese’s pinfall attempt on Swerve.


A rejuvenated Lee took both of his opponents, beating Nese onto Woods. A chair shot from Sterling allowed Woods and Nese to hit a double DDT on the chair, but Swerve broke up the pin with a 450 Splash. Sterling clocked Swerve with a wrench, and Woods placed Swerve on a table, but Lee helped get his partner out of harm’s way. Mark Sterling went to the top rope, but Lee stopped him in his tracks and put him through the table instead.


Woods attempted to hit Lee with a German suplex from the ring apron through two tables at ringside and pulled it off when Nese super kicked Lee. Swerve put away the former WWE Cruiserweight Champion for the win inside the ring.


This was a great main event to cap off the live Rampage. There was plenty of struggle and action throughout the match. The apron German Suplex will understandably be the main talking point of these fixtures.

Ryan Gravenberch - How Ajax shaped him