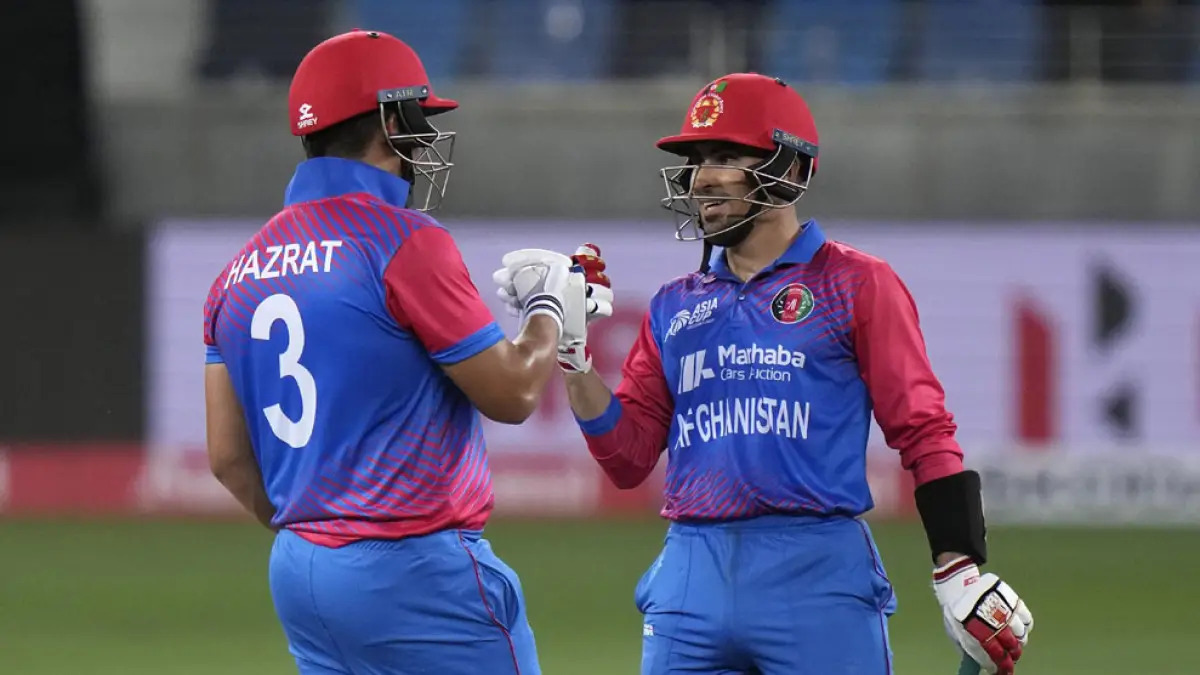 
Asia Cup returns after a gap of four years. The tournament is played in the UAE, and top Asian cricket teams will be vying to lift the cup.


The 1st match of the Asia Cup 2022 saw Sri Lanka facing off against Afghanistan on 27th August at the Dubai International Cricket Stadium, Dubai. Afghanistan was led by Mohammad Nabi, while Dasun Shanaka was the captain of the Sri Lankan team. Sri Lanka is rated eighth, while Afghanistan is ranked tenth in the ICC Men's T20I rankings.


Afghanistan won the toss and decided to bowl first. Take a look at both the teams playing Eleven.


A thrilling all-around performance saw Afghanistan crush Sri Lanka by eight wickets in the first game of the 2022 Asia Cup. A bit of a no-contest to begin the 2022 Asia Cup. The bowlers set the foundation, reducing Sri Lanka to 5 for 3, who were never in the game. They were blown away by Fazalhaq Farooqi with the new ball, who was responsible for most of the carnage.


Sri Lanka’s scorecard read like a telephone directory, with only three players getting into double digits. Gunathilaka and Bhanuka Rajapaksa had a small partnership of 44 runs between them, Rajapaksa being the top scorer for Sri Lanka with 38 runs.


Chamika Karunaratne contributed 31 runs in the middle order before Sri Lanka was bowled for 106 runs due to Mujeeb Ur Rahman, Mohammad Nabi, Naveen-ul-Haq, and Fazalhaq Farooqi. Farooqi took four wickets overall and was named Man of the Match for his outstanding bowling performance.


Afghanistan, while chasing 107 from 20 overs, got off to a good start as the opening pair of Hazratullah Zazai and Rahmanullah Gurbaz added 83 runs in just six overs. The latter was tricked by a Googly on the first ball of the 6th over by Wanindu Hasaranga. Gurbaz continued to smash the ball everywhere around the stadium as he scored a quick-fire 40 off just 18 balls. Ibrahim Zadran unluckily got run out, but it wasn't going to impact the game much as Afghanistan coasted to an 8-wicket victory with almost ten overs to spare.


"The boys played well, especially the fast bowlers. When we decided to bowl first, they used the pitch so well. We were just discussing hitting the right lines, and if we get a bit of swing, it will be of use. We have a lot of confidence after such a game. We can do well next game as well,”  said the captain Mohammad Nabi in the post-match presentation.


This was a perfect feat for Afghanistan to overcome the challenge. A strong statement from Afghanistan that successfully flew the 2014 T20 World Champion without needing Rashid Khan. Many young players lobbied for them. They sent a loud and clear message to the rest of the competition that Afghanistan cricket has arrived at the 2022 Asia Cup.