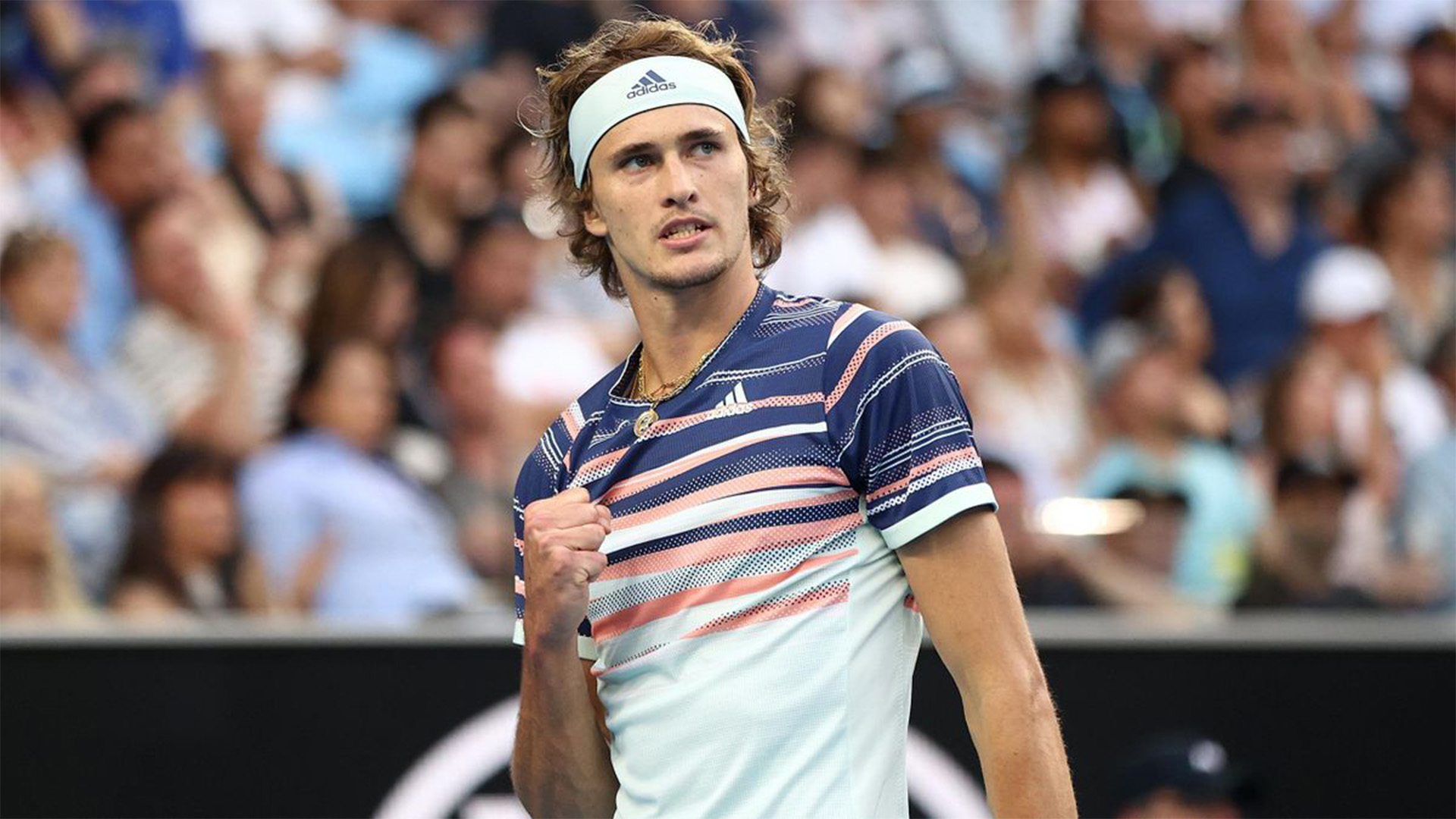 Commonly known for beating every member of the big three in tennis, Alexander Zverev is known to break records, produce tantalising displays and become the best player in the world. He originates from Hamburg in Germany, with both parents of Russian heritage. His father, Alexander Sr., played tennis professionally, and his mother found joy in being a tennis coach.

Zverev began his professional career in tennis at just age 16 in 2013, and he has now spent nearly ten years in the circuit. When he left, he was the No 1 junior in the world. So the progression came natural to the German. He had to wait to win his first ATP Tour match until 2014 but won in style and front of a home crowd in Hamburg - where it all began.

An early breakout of the professional side saw him become one of the youngest Challenger Tour title winners in history at 17 years old. He continued his success as the underdog teenage sensation by winning two ATP titles and upsetting then-world No 3 Roger Federer on outdoor grass.

2017 was an important year as he won five titles, and since then, has only bettered that once by winning six titles in 2021. It was also his first year in the top 10 rankings, and he has kept his place, rubbing shoulders with the elite ever since by not dropping below that ranking. During this season, his results improved, and he made a name for himself in the higher-level tournaments.

He maintained his top 5 ranking throughout the 2018 season but still failed to light up the world at the Grand Slam events. Despite his failure at the Grand Slam level, he continued to succeed at Masters level tournaments with a semi-final in Monte Carlo, a third career title in Madrid and a final spot in Rome. In 2018, he booked himself a place in the ATP Finals against Novak Djokovic and beat the Serb in straight sets – a very impressive tournament for the youngsters as he faced Isner, Federer and Cilic in the lead-up to the final.

It was in 2020 when he reached his first Grand Slam final. Against the fierce Dominic Thiem, he was picked to the post after going two sets to love up. Despite serving the court effectively in the lead-up to the US Open's final test, the German squandered his advantage and fell at the feet of the Austrian. Later in the year, he won consecutive ATP 250 events, defeating some top stars in straight sets.

Following in the footsteps of Boris Becker and Michael Stich, he became the next man in German history to win an Olympic gold medal at the Tokyo Olympics in 2021. He clinched the gold medal against Russia’s Karen Khachanov after seeing off world no 1 Novak Djokovic just one round prior.

He repeated his ATP Finals success three years later, defeating the No 1 ranked Novak Djokovic similarly as he played him off the court in the semi-finals. He met Medvedev in the finals and comfortably took him on to win in straight sets.

2022 has been a year with several moments to forget for the tennis player. He began his year being ejected from the 2022 Acapulco Open for his violent misconduct against the umpire. He retired in a semi-final match against Nadal after tearing three ankle ligaments. Due to the injury, Wimbledon was written off, along with the US Open. He hopes that the time off will elicit a full recovery from the ankle injury, so he can hit the ground running in the 2023 campaign.

He achieved his highest ATP ranking, moving up to rank No 2. According to the official ATP website, he has won more than 32.4 million euros in prize money, so his illustrious career is just beginning but let’s look at what Alexander Zverev has achieved thus far. Impressively, Zverev is the only current player outside of the well-known “Big Four” to have picked up five Masters 1000 titles.

Despite standing at six foot six, he is agile, and his movement is savvy around the court. Against more powerful opponents, he can produce defence out of the ordinary, which benefitted from his sound court awareness and anticipation of direction.

The German-born tennis star dominates much of his play on the baseline and plays aggressively when along the baseline. His height and reach combined are deadly and allow him to produce one of the game’s most influential first serves – a technique he uses to gain various easy points. Atypical of tennis players, he will often hit both his first and second serve with power and pace – often catching the opponent off guard.

He applies pressure to his opponents with his topspin-heavy forehand and flat backhand. His forehand, however, has often come under scrutiny as it has been seen to be inconsistent when Zverev is atypically off his game. As expected, this means his positioning and ability to take advantage when close to the net is where he lets himself down.  His over-reliance on his first serve can often be a hindrance to his success – he must reduce the count of double faults to see a surge in performance and consequent results in matches.

As we have learnt from previous games, Zverev either smashes through his opponent from start to finish using his devastating first-serve or produces a nail-biting affair that enters the final sets.

Opinions on Zverev differ significantly among tennis fans, with some saying he is yet to justify his potential in Grand Slams, yet others stating his success in the Masters tournament proves his ability and success will come. Despite any contrary, Zverev is still in the running to become an icon of the sport.