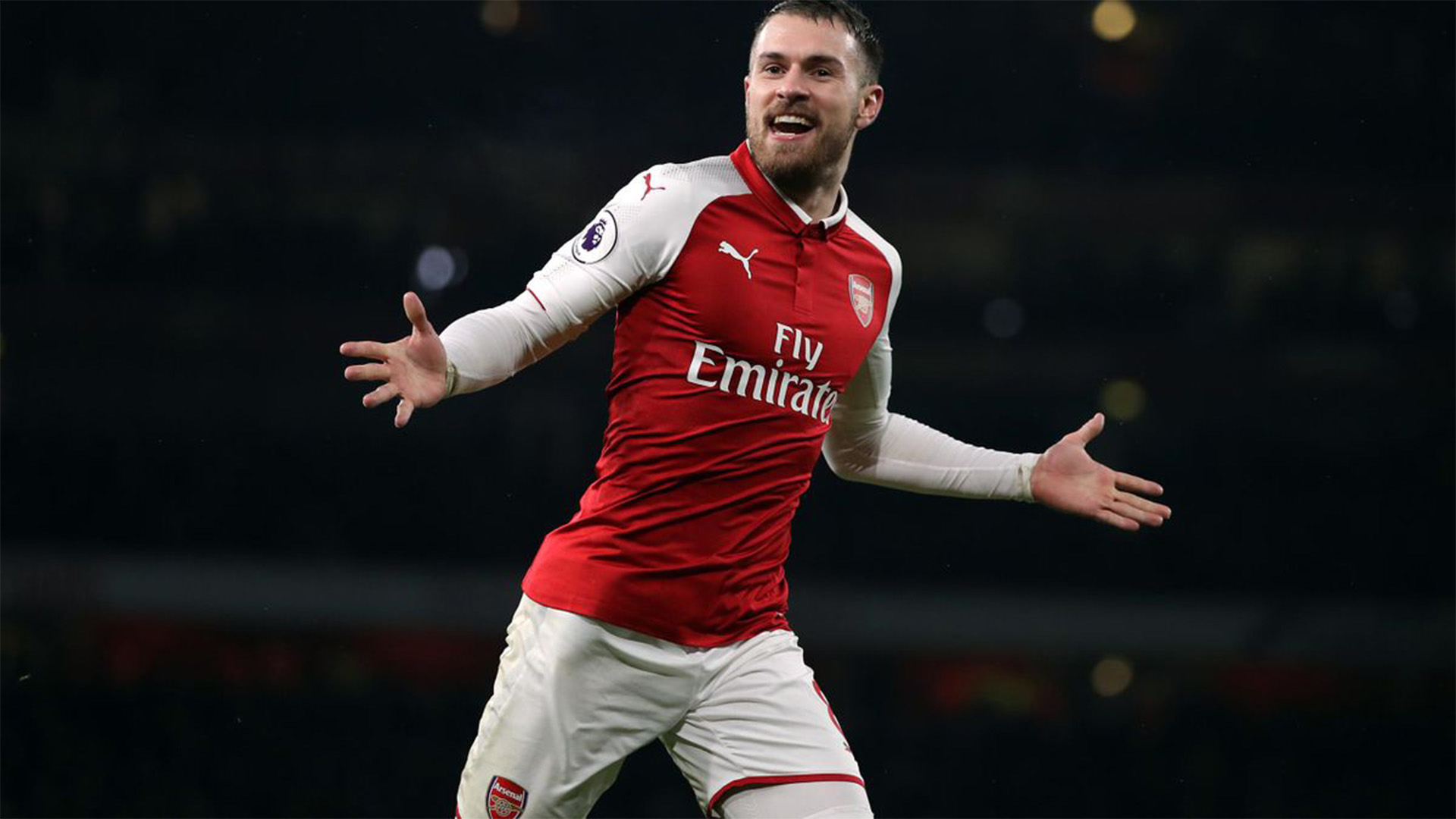 There is an alternate timeline where Aaron Ramsey leads out Arsenal at Selhurst Park on Friday. Imagine the scene for a moment - a team of fledgling strewn with academy talents captained by a player whose Arsenal career spans nearly as long as the Emirates itself and coached by a former captain in Arteta who lifted 2 FA Cups. It is tempting for every Arsenal romantic. But then again, Ramsey’s story with the club always has been a romance.


There are two clear inflexion points in his Arsenal career. The first came on a cold, windy night at Stoke. The responses of those on the field with him provide the best explanation for the type of damage he sustained. He was tearing his hair out, Gael Clichy. Walking about while trembling his head and on the brink of weeping was Cesc Fabregas. With his hands on his head and his eyes fixed on the ground, Thomas Vermaelen had fallen to his haunches. The perpetrator isn’t spared from the trauma; Ryan Shawcross walks off the pitch in tears after being sent off for his two-footed challenge. There is no right time to break your leg in two places, but the sting of the injuries made it sharper as Ramsey had just started to hit his stride in the first XI. The then 18-year-old had made seven starts that season up to that point.


The comeback wasn’t smooth. While returning to action that same year, it took Ramsey a couple of seasons to hit his stride again. Between 2011 and 2013, he scored just three league goals. The problem with Ramsey was that he was trying too hard to will his body to do things it once did. The extra pirouettes, the unnecessary turns, and the dallying dribbles began to get on the nerve of impatient Arsenal fans. In front of the unusually agitated Emirates crowd, Wenger decided to pass on him.


It was only towards the tail end of the 12/13 season that Ramsey hit a string of form; after being shunted all across the midfield, he finally consolidated position in the middle of the park. A driving No.8. Then, of course, came to the second inflexion point - the 13/14 season.


That season Aaron Ramsey scored 16 goals and got ten assists. By January, he’d already scored more goals than he had in his entire Arsenal career. He was the 2nd highest goal-scoring midfielder (10) in the Premier League, behind only Steven Gerrard, who had 13, albeit 10 of them being penalties. But football is as much about moments as it is about numbers. And of that, there were plenty.


There was the zig-zag goal against Norwich. The half-volley against Liverpool gives credence to why ‘screamer’ is a footballing adjective. The header in Westfalenstadion made Arsenal the first English team to win in Dortmund. The silent celebration on his return to Cardiff and the silencing of the Swansea crowd who’d been jeering him all game. The FA Cup final winner at Wembley erased nine years of hurt for the Arsenal faithful.


The flair in his game that once irked fans now felt irresistible. There was confidence in his game and a class to his aura. He captivated Arsenal fans in a way few have in the Emirates Era. He wasn’t ‘one of their own in the way someone like Jack Wilshere was, but in the years to come, he’d go on to represent everything the club stood for. His wasn’t an underdog story as much as it was one of indelible grit. He’d been on a journey, and that goal against Hull was the pinnacle. He scaled the same zenith in 2017 with another FA Cup final winner, this time against Chelsea. If he hadn’t by then already, that goal sealed his place forever in Arsenal folklore and fandom.


But, within two years of that moment, he was sold to Juventus on a free transfer.


Let us use this as a transition point to return to the Aaron Ramsey multiverse of madness. Far leading Arsenal out against Crystal Palace, the Welshman will be in Toulouse making his Ligue 1 debut for Nice. That his move to the French Riviera after having his contract at Juventus terminated flew under the radar is a sign of how far his star has fallen. The fact that Nice's announcement video for his arrival was a compilation of only his Arsenal clips is reflective of his three-year stint in Turin.


Across 69 appearances, he scored just six goals and registered just six assists. He made just 39 starts and missed a staggering 31 matches through injury. He never finished 90 minutes in two consecutive games.


While injuries certainly plagued his time at Juve, timing too had a role to play in his nondescript performances. Ramsey entered a Juventus team that was in transition. In each of his three years at the club, there was a different manager. Massimiliano Allegri, the man who signed Ramsey, had departed after five years at the helm by the time the Welshman landed in Turin. Cristiano Ronaldo’s arrival fundamentally altered the way they played, and age had finally caught up with the backline of Bonucci and Chiellini. Barring the signings of Federico Chiesa and Weston McKennie, their transfer business had been largely disappointing. There was a sense that Juve had begun to stagnate. Usurping the Serie A title for the first time in nine years to Inter Milan only heightened this feeling.


Ramsey became the scapegoat for the disgruntled fanbase, with his high wages being a point of contention. When he signed for Rangers in Scotland on loan in January this year, the comments section of the farewell YouTube video Juventus put out was filled with fans rejoicing his departure.


He was a casualty of transition at Arsenal too. In many ways, Ramsey was the quintessential Wenger player - a creative player given the freedom to express himself unconstrained by defensive responsibilities. Unai Emery’s more defensive system was less accommodating of a player like him and he was no longer the first name on the team sheet. He made just 14 starts in the league that season, albeit having the tail end of his season curtailed by injury. But, the transition at the management level in the wake of Wenger’s departure played a vital role in Ramsey’s departure.


Long-term Arsenal chief executive Ivan Gazidis left Arsenal in November 2018 to join AC Milan, ensuing a power struggle between Chief of Recruitment Sven Mislintat and Head of Football Raúl Sanllehí. Mislintat, who bases his decisions on analytics, was in favour of tying Ramsey to a new deal while Sanllehí, who carries out business using his relationships and connections, was inclined against it. Sanllehí eventually won the power struggle and the new contract that had been proposed to Ramsey was withdrawn.


Ramsey had insisted on a pay raise to match Mesut Özil, which had caused the negotiations to drag on. Before the controversial contract withdrawal, there was reportedly an understanding between the player and the club.


While a move seemed plausible in the summer of 2020 when Arsenal was desperately short of creativity and goals from midfield, Emile Smith-Rowe’s breakthrough in the 20/21 season quietened calls for his return. The young Englishman is of the same ilk as Ramsey, possessing the same penchant for running into the box and finishing moves.


Turning 32 in December, Ramsey is possibly at the last stop of his journey. Given his injury record, Ligue 1 might be the perfect place for him to rebuild his fitness ahead of the World Cup. The fairytale with Arsenal might be bookended but there is one final chapter left for him to write with Wales.