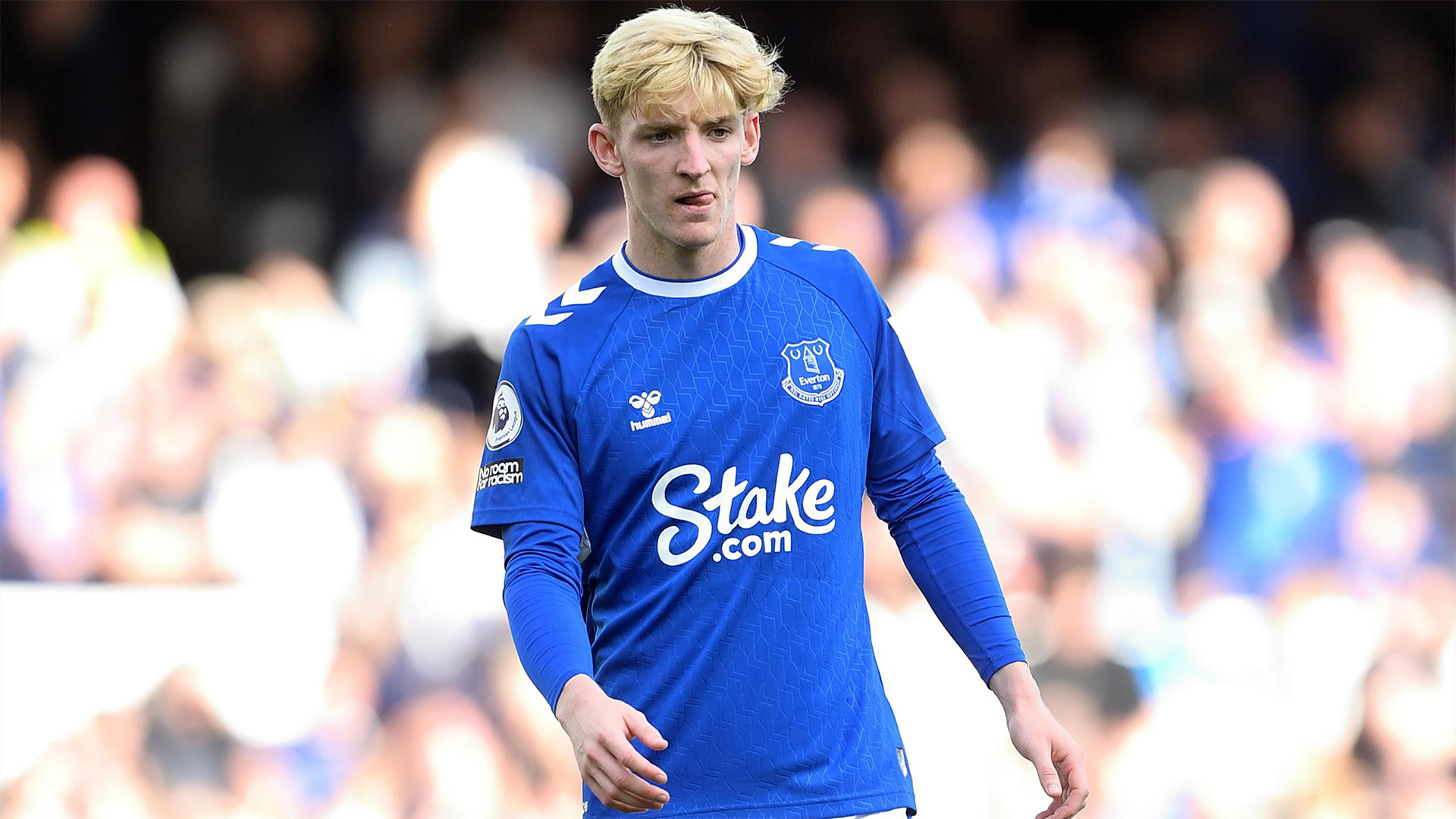 He went on an impressive goalscoring run for Everton's Under-18s in the opening few months of the 2017-18 season that brought him to the attention of the senior team management. He became the first player to be born in the 21st Century to play for Everton's first team when, aged 16 years, 286 days. Gordon came as a substitute in the Europa League group stage dead rubber against Apollon Limassol in Cyprus in December 2017.

It made him the sixth youngest player to ever play for Everton's first team, and he continued his goalscoring at the U18 level but as the season progressed, a niggling knee problem required surgery in March 2018 that ended his season early, and his recovery from this would affect his availability the following season.

On the June 2020 restart, Gordon belatedly made his first Premier League starting appearance in the Goodison Derby and was occasionally used by Ancelotti. Ancelotti provided the youngster with an opportunity to gain valuable experience as the season ended in his mediocre 12th place.

When Gordon is in full motion, he is a powerful runner, using his speed to gain a yard on the opposing full-back before crossing the ball. However, he can also be dangerous in static scenarios. Gordon ranks in the 31st percentile for Premier League wingers in progressive carries per 90. This indicates that Gordon carries the ball infrequently, but when he does, he is capable of lung-bursting runs to drag his team up the pitch. Gordon is still a player maturing into Premier League football.

Gordon possesses outstanding technical skills on the ball and agility that allows him to slalom out of blind alleys. The teenager often relies on his raw athleticism, rather than skill, to beat opponents, pushing the ball past them and sprinting clear. He has become a valuable carrier and outlet in transition for his team. He is performing a nutmeg one every three matches on average. It's not a dependable indicator of dribbling ability, but it demonstrates Gordon's ease and confidence when in possession of the ball in tight places.

On his day, Gordon can torment defenders with his speed and acceleration. He has always been one of the fastest in the Everton squad, regularly coming in the top three or four in sprint drills. In his early days with the group, teammates were taken aback by just how quick this slight, physically underdeveloped teenager from the academy was when he got going. Gordon is an old-fashioned wide player. He is comfortable using both his feet and capable of shifting across both sides while taking on a defender.

He could be valuable on both sides of the ball in the modern game. But this is still a player with just one season of matches at Everton under his belt. Someone with just four goals and two assists to his name. Though still raw, his up-an-coming prowess as a potentially influential player bought unwanted attention in the summer of 2022 from Newcastle, Chelsea and Tottenham, the latter supposedly wanting to tie Gordon in with their successful acquisition of Richarlison. But Benitez's successor, Frank Lampard, had made the youngster a focal point of his team and would not countenance any sale. Instead, Gordon was handed the No 10 shirt for the new season as a gesture of confidence.

Despite his age and slight frame, the Englishmen is more than happy to get stuck in. This is something he enjoys. In 90 minutes, Gordon has won 1.47 tackles, 2.36 blocks, and 1.77 interceptions. The previous season, he was among forwards with the most combined tackles and interceptions per 90. He was also in the top eight percentile for pressures, top six for blocks and top four for passes blocked. These figures make him one of the league’s best tackling wingers.

The former Chelsea manager knows he shouldn't put undue pressure on young English players. Gordon has been a highlight for Everton, with Lampard revealing he had been studying the winger before taking charge at Everton.

At £ 50 million, Chelsea — or indeed any other suitor — would be buying potential as much as anything; an idea of the kind of player he may become rather than the one he is right now. However, if Gordon decides to stay at Everton, the future looks bright for young Anthony Gordon and under Lampard, he will hope to develop his game further. In the meantime, Everton fans hope they can survive the drop and see Gordon mature from a potential talent to a world-class player at their very own club.