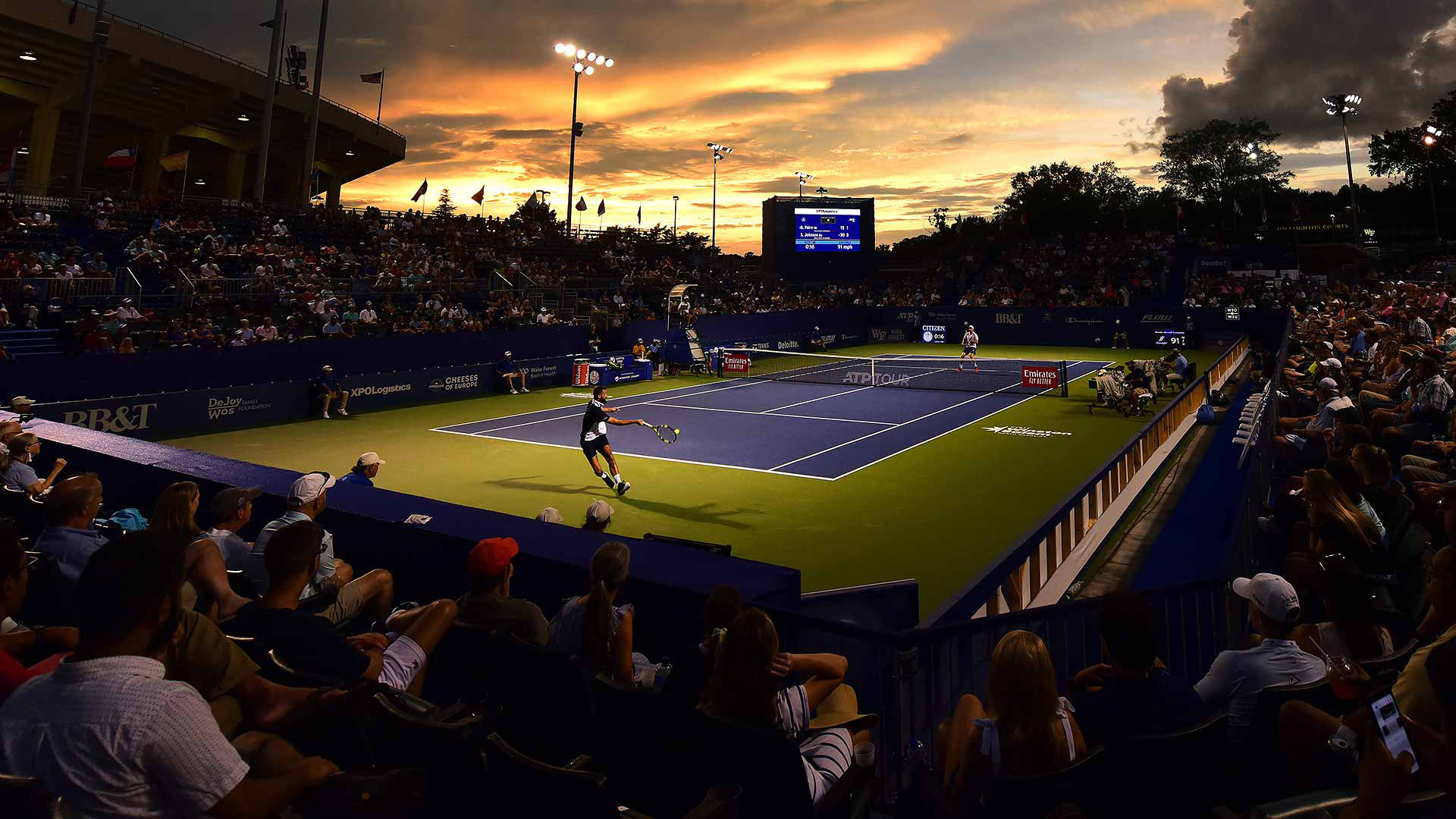 
The first crescendo of this year's hardcourt season is upon us. The Winston-Salem Open in North Carolina provided a perfect lede for the US Open. Adrian Mannarino, a 34-year-old Frenchman who has never gone past the fourth round of a Grand Slam, won the single's title. Matthew Ebden of Australia and Jamie Murray of England won the honours in doubles.


Last Monday, three days into the tournament, Mannarino stared deep into first-round elimination. He was down four match points to Australia's Christopher O'Connell. Somehow scraping past that scare, he found his rhythm and way back into the match. Mannarino did not drop another set throughout the tournament.


In the process, he became the oldest player to have won this four-decade-old championship. One can safely assume he would've scrolled through the list of winners and beamed when he found Ivan Lendl and Andre Agassi amongst them. A worthy successor. Considering he was a rank outsider in a draw with Grigor Dimitrov, Lorenzo Musetti, Dominic Thiem, and Richard Gasquet, this achievement deserves magnific recognition. Mannarino also became the fourth left-handed player to land an ATP title this year, after Rafael Nadal, Cameron Norrie, and Albert Ramos-Vinolas.


His opponent in the final, Serbia's Laslo Djere, was coming off a series of three-setters in the tournament. Even the semi-final, which he wrapped up in straight sets, went into long games and turned out to be as gruelling as a Grand Slam match. That fatigue showed up against an imperious Mannarino in the final. Nevertheless, Djere will carry a lot of confidence further into the season. His strong baseline game will be handy in the lead-up to next year's Australian Open.


Grigor Dimitrov, ranked 18, was the overwhelming favourite to win the title this year. He was probably en route, leading 6-0, 2-4 against Dominic Thiem in the second round when he fell sick and had to retire. Thiem lost in the next round itself. Playing his first hardcourt tournament of the season, he showed glimpses of quality but couldn't sustain them with a body yet to recover from a series of injuries over the last couple of years. It feels like an eternity since he won the US Open in 2020 and looked ready for many more.


Elsewhere, Nikola Metic and Mate Pavic came into this tournament on the back of four doubles titles this season. They lost out in the quarterfinals to Hugo Nys and Jan Zielinski, the eventual runners-up, 7-6, 6-7, 7-10. Third seeds Matthew Ebden and Jamie Murray were in such hot form as they only dropped one set throughout the tournament. They made light work of Nys and Zielinski in the final, winning 6-4, 6-2.


Grand Slams have this weird quirk of arriving with an array of appetiser tournaments. The twists at Winston-Salem have set us up for a dramatic fortnight in New York. The bulk of the lineup now has games compatible with hardcourts, so picking a winner without Novak Djokovic is difficult. Daniil Medvedev gets to defend his title, but there will be resistance. Rafael Nadal is having a golden year. Alexander Zverev, Stefanos Tsitsipas, Jannik Sinner, and Carlos Alcaraz, the next rung so to speak, will be waiting to pounce. Bring on the US Open.