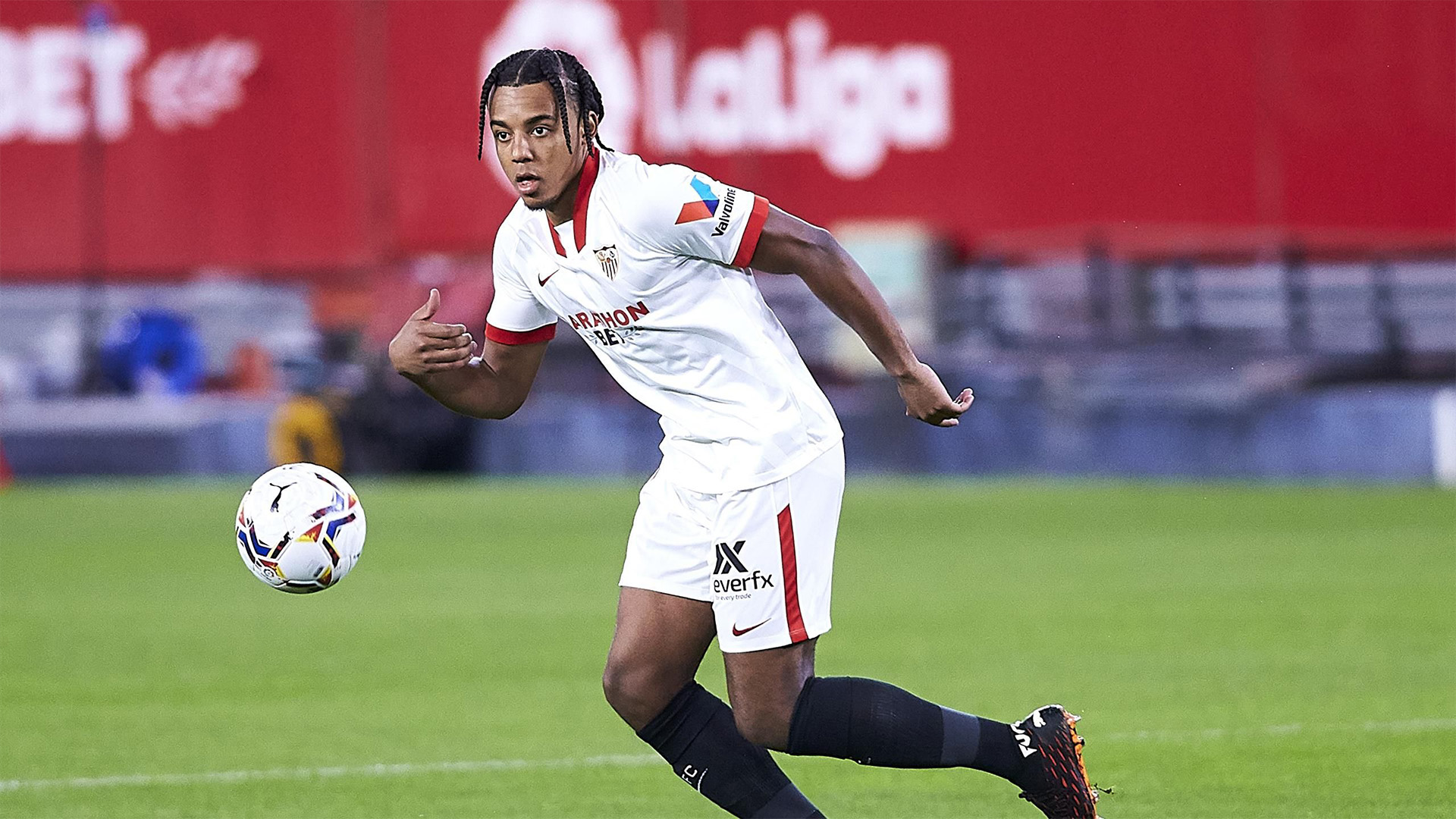 Barcelona’s multi-million acquisitions of dynamic Brazilian winger Raphinha and proven goalscorer Robert Lewandowski have bolstered their attacking lineup to highs unmatched since the Messi, Suarez, Neymar era. However, their heist of French defender Jules Kounde from the clutches of Chelsea might just be the best piece of business the Catalan club will do this summer.

The acquisition of the 23-year-old represents a significant step for the Catalan club to learn from its past mistakes. In the first window, where Joan Laporta and his sporting director Mateu Alemany found themselves with the wiggle room to attract top talents in Europe due to the famous economic levers, they signed one of the most talented and coveted defensive prospects in the continent.

Kounde perfectly suits the needs that Barcelona, as a team, demands from its centre-backs - fast, agile, and sense of interception and timing. He is also comfortable with the ball, has quick feet and can drive forward and find players upfront with neat, tidy passing.

With Clement Lenglet, Samuel Umtiti and Eric Garcia in the squad, Camp Nou has had a good set of centre-backs in recent years. However, it’s the defensive aspects of the game where they have faltered quite spectacularly (there’s still time for Garcia to grow).

Standing at 5’10”, Jules Kounde may not project the highest sense of security for a centre-back, but don’t let his height fool you. Despite his physical limitation, he has a magnificent leap about him. Only two central defenders - David Garcia with 460 and Robin Le Normand with 318 – have won more aerial duels in La Liga than the 23-year-old 273 since his debut in 2019. Compared to the current Barcelona centre-backs, Jules Kounde also contested the most aerial duels in the league last season and won the second-most challenges behind Gerard Pique.

While there are occasions when he fails to win the ball cleanly in the air, the French defender does enough to put off the forward contesting for the same challenge. The physical contact is subtle enough for the referee to not blow his whistle but powerful enough to ensure that possession remains with his team.

Another element of his game that’s conspicuous is how he combines his calm demeanour and clean sense of positioning with an aggressive and intense approach to harassing the opposition off the ball. Much like Antonio Rudiger, who has also moved to La Liga with Real Madrid, the former Sevilla defender is prepared to pursue the opponents deep into their half to force a turnover in possession or disrupt them from building moves.

Jules Kounde’s pace allowed Sevilla manager Julen Lopetegui to play with a high line as his team went on the attack, which made the 23-year-old the last defender facing a quick counter-attack. His battles against Real Madrid’s Vinicius and Barcelona’s own Ousmane Dembele in La Liga are a testament to how he uses his pace to force opponents into uncomfortable situations. Even in 1v1 situations, Kounde prefers to stay on his feet instead of attempting sliding challenges.

The new Barcelona signing is also tidy in possession with the confidence to use quick movements to dribble himself out of opposition pressure. His ball retention capacity made him a crucial element of Lopetegui’s build-up plans. The Frenchman also comes out on top with most touches in the opposition box (150), most forward passes and most passes provided in the final third of the pitch compared to central defenders in La Liga since 2019.

He usually prefers short-range and medium-range passes as his long-range passing are less than 10% of his overall passes. His long pass accuracy (58.6%) is not the greatest either and while it’s higher than Ronald Araujo (51.52%), it falls well below Eric Garcia (69.92%) and Gerard Pique (62.43%).

The former Sevilla man has attempted and completed more passes – including forwarding passes and short passes – than any of his Barcelona teammates. He had also created 17 chances last season in La Liga.

The most underrated aspect of his game is the strength of Jules Kounde’s character. When Sevilla suffered a 3-2 defeat at the hands of Real Madrid in April, despite going into the break with a 2-0 lead, he slammed them for ‘tossing a good first half into the bin.’ He also has a penchant for maintaining high standards, with the trait driven into him by his youth coaches at Bordeaux, the club he played for before becoming Sevilla’s most expensive signing and one of the most expensive sales in history.

The Barcelona defence has had a knack of withdrawing into the shell and caving under pressure in big games. Ronald Araujo’s fiery ‘Garra Charrúa’ personality with Kounde’s tenacity will probably be the way forward for the Blaugrana.

Despite possessing the traits of a perfect modern centre-back, Jules Kounde, like most professional footballers, also has weaknesses in his game. Perhaps, the biggest issue is a lack of commitment. His limited physicality often results in him not winning duels cleanly. There have been moments when he has gone for a tackle, but it has resulted in the ball ricocheting back to the opponent and allowing them to have a chance on goal.

His inability to deal with chaotic and quick transitions can also be a liability. His style of defending – staying on his feet, trying to beat the opposition for pace and shoulder challenges – often leaves him vulnerable during basketball-style counterattacks. Defending by-line crosses and anticipating late runs into the box and behind him aren’t his greatest strengths either.

It's up to Barcelona coach Xavi to maximise his star signing’s strengths and limit his weaknesses. Xavi was insistent on signing Kounde, which led Laporta and co to make a late offensive for the player. Kounde has credited discussions with Xavi as one of the primary factors behind his decision to join the Catalan giants.

A partnership between Ronald Araujo and Jules Kounde will be one of the most promising centre-back duos. Both players complement each other’s skillsets well. Araujo has a style of defending like Virgil Van Dijk, where he angles his body perfectly and times his tackle efficiently while using strength to prevent opposition players from dribbling past him.

When you add the Frenchman’s recovery pace and cover defending to Araujo’s game and his ability to play out from the back, stitch passes and drive forward, the partnership has every ingredient it needs to succeed massively at the highest level.

All in all, Barcelona fans can breathe a sigh of relief following the arrival of Jules Kounde. Defensive humiliations on big European nights were becoming a nightmare of a routine for the club but having replaced Clement Lenglet and Samuel Umtiti with Jules Kounde and Andreas Christensen, they can now rest easy.