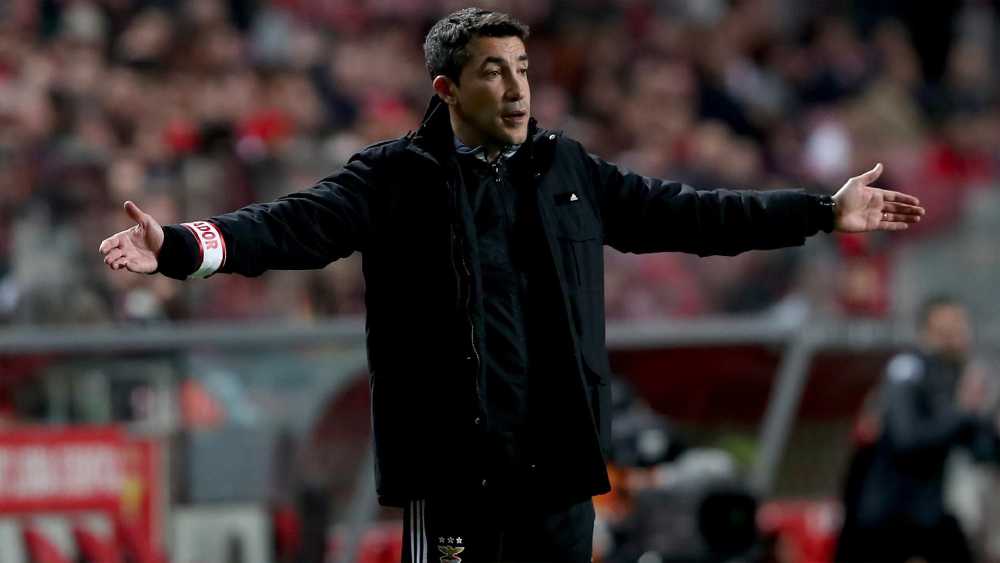 By Sairaj More
After the departure of Nuno Espirito Santo at the end of the 2020/21 season, Wolverhampton Wanderers hoped their next manager would have the zeal to turn the club back into a Europa League challenging team. While Bruno Lage wasn’t the flashiest of appointments, the Portuguese manager has surpassed fan expectations, turning Wolves into one of the best defensive units in the league.
Watching Lage take his seat for the start of the game, hood up to protect him from the awful weather swirling around the Black Country, it was like the 45-year-old was trying to make himself invisible.
But while he lacks the physical presence of his predecessor Nuno Espirito Santo - and the famous beard - Lage has already proved himself to be a worthy successor to the man who brought Wolves back to the Premier League and re-established them as an effective force in the English game.
Bruno Lage has talked about his Wolverhampton Wanderers team a lot in the past 12 months. Contrary to predecessor Nuno Espirito Santo, Lage doesn’t seem to mind speaking to the media. His press conferences are lengthy (his final pre-match session of last season lasted more than an hour), he is generous with his time, and he gives long, detailed answers — particularly if the subject matter is tactics.
Lage came to Wolves with a mission to make them more exciting, more expansive, and more on the front foot. Defenders were to play higher up the pitch. For a unit not blessed with lightning speed, this was a worry. Pre-season teething problems accentuated the concerns.
Fans continued to sing Lage’s name every week without fail. He’s not adored or hero-worshipped like Nuno was, but he never will be. Nuno was charismatic, aggressive, and a beard-stroking, rabble-rousing philosopher whose face was graffitied across the city. It was the cult of Nuno.
Lage is quieter, more studious, and geekier. He doesn’t command or crave adoration, but he does encourage respect. He started his career as a teacher, and it shows. In another life, Nuno could have passed for a cigar-smoking jazz musician. Lage would be the person distributing stop-smoking flyers in the hallway outside.
None of this means he won’t be as successful as Nuno was, but just that the dynamic is very different — and the same goes for the players and staff, too.
He wasn’t perfect last season by any means. His team selections could be confusing once he had a squad to choose from, and his in-game management and substitutions weren’t grand. But there is enough there, certainly tactically, to suggest Lage can, in the right conditions and with the right players, produce an attractive, attacking team.
It’s known he wants to play a higher line and wants his team to have more of the ball, to be more aggressive, to be quicker at the back, to be more athletic, and tactically dynamic (to play two systems, including four at the back) and be much better in duels.
This season, Lage preferred a 4-back system. When Bruno Lage arrived at Wolves last summer, he toyed with the idea of switching to a back four before returning to the formation the players know best.
The head coach changes not only the system but also the personnel. The departure of Conor Coady – Wolves’ captain, leader and longest-serving player – is symbolic. It also means that the man at the centre of the three is gone. The rear three themselves are gone.
New signings give Lage reason to believe that’s happening. Nathans Collins, a solid young defender, is a more natural midfielder than Coady in a four-back formation. Goncalo Guedes is a wide striker who can score goals – which is lacking. Matheus Nunes is a ball-carrier and a threat in the box – qualities missing from the impressive Wolves midfield. Guedes, who scored 11 goals for Valencia last season, can also have a transformative impact. Lage wants his wide striker to find space in his pocket rather than embrace the touchline, but the goal is a problem anyone plays. So Bruno now has many distinct options on the wings. Daniel Podence scored twice last season. Pedro Neto and Adama Traore manage one thing each, while Guedes is a different type of player who will play inside the box.
It offers more options. Wolves used a 4-2-3-1 formation in their opening two games, effectively removing Coady’s sweeping defender role and adding a number 10 to the team. In the game against Tottenham, Nunes transformed it into a three-man midfield. This is the flexibility Lage wants.
But while the depth of quality now filling the dressing room at Wolves gives Lage’s claim that the new-look team will eventually "click" a strong sense of faith, there is a real worry that the season could be shaped by the time Lage’s plans become ingrained.
Last season, with its measly goal tally and the same formation every week, isn’t how Lage wants to do things. He has a vision for his team even when Wolves were threatening the Champions League places, wasn’t he?
So if Fosun (Owners of Wolves) believe in that vision, Bruno Lage must be supported in the transfer market — not just with funds but by identifying and recruiting players with the characteristics Lage requires. The head coach, technical director, head of recruitment and chairman need to be aligned for this to work.
Wolves enter their fifth successive Premier League season as the division’s enigma, and it is expected them to push for a place in European football next season. However, the competition for European places is so intense these days, with rivals all getting stronger and stronger, and it doesn't feel like Wolves have done enough to keep up the pace towards the top end of the table.