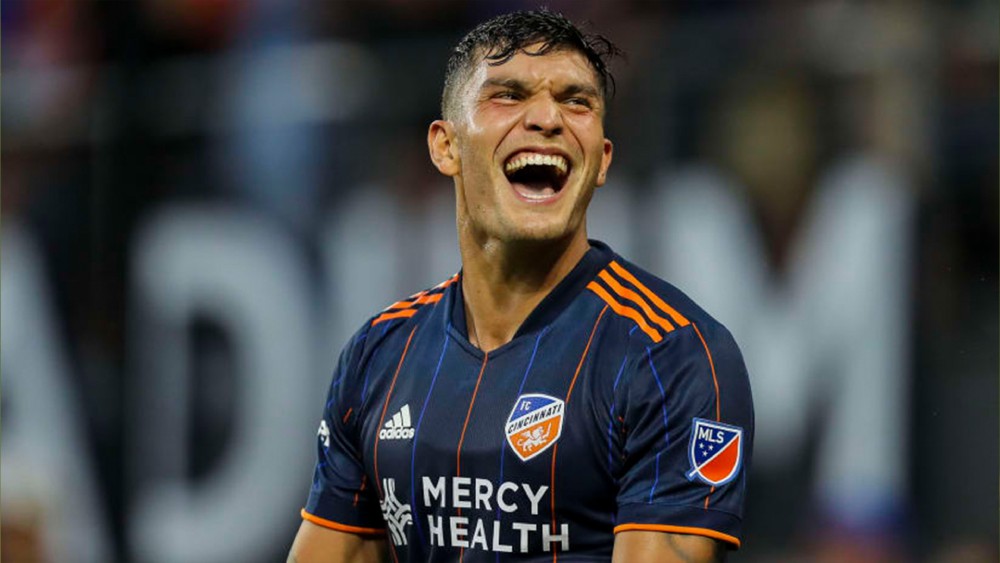 
Over time, there has been an increase in the number of American footballers eligible to represent other countries. The game is now played differently in the United States because of several regulatory changes in the nation's sociocultural background. The likes of Christian Pulisic, Sergino Dest and Giovanni Reyna are eligible to represent other countries and one such potentially upcoming footballer is Brandon Vazquez who currently plies his trade with MLS side FC Cincinnati.


Vazquez, a centre-forward qualified to play for Mexico, is currently having the best senior season of his career. Having found the back of the net 16 times and assisting four times in the MLS this season, Vazquez could yet end up helping his side make it to the top seven of the Eastern Conference of the MLS. The current campaign is a massive improvement on his tally of only four goals and three assists during the previous season. That is a fair reflection of how far the forward has come in a limited time.


Vazquez is not a complete centre-forward by any means, but he is a typical fox-in-the-box striker who is always sniffing around in the box, ready to pounce on any chance that comes his way. That is why only Sebastian Driussi has scored more non-penalty goals than Vazquez, whose tally of 16 only has non-penalty goals.


He brings a reliable aerial threat to the plate, as he ranks 81 percentile for aerial won this season and his no-nonsense approach to heading is signified by his diving header goal against Philadelphia back in June. The striker put his body in the line for the goal and is also a representation of his nose for goals. He is right on the edge of the defensive line, looking for just a chance to pounce upon.


Despite a bulky frame, Vazquez knows how to work his socks off as well - something which can’t be said for all the strikers. By making just over 18 pressures per 90 minutes, Vazquez ranks 78 percentile for that metric, showing how he is about more than just the tangibles surrounding goals. A vast majority of his pressures come in the final third, showcasing how he could very well operate under a manager who believes in pressing high up the pitch in a proactive manner.


While the 23-year-old has overperformed on Expected Goals, it is the second season running for that, suggesting that the current season may not be a one-off. His xG for the season stands at 13 and has 16 goals. Last season, he scored four goals from an xG of 4.0. So it won’t be a surprise if Vazquez keeps these performances up.


And being still 23, he has a bright future ahead of himself. Having recently signed a new contract with Cincinnati, his value will only increase. It is barely a surprise though that Leeds United was linked with him, and fellow American Jesse Marsch has a liking for him. With the Whites having signed two American stars in Brenden Aaronson and Tyler Adams, a potential approach for Vazquez may not be too far away shortly.