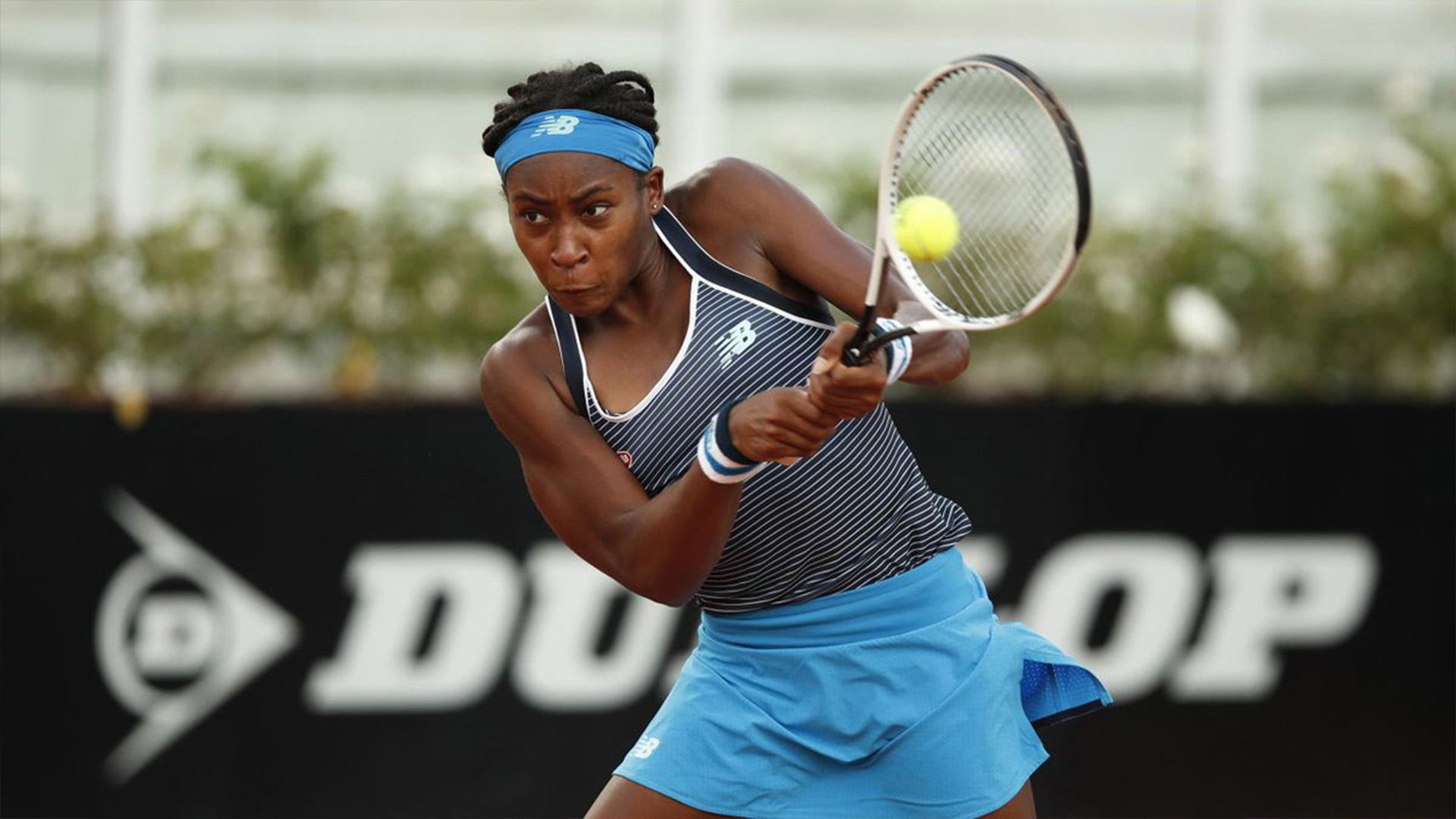 
In the last few years, we have seen massive rising teenage stars take the tennis world by storm.


Emma Raducanu, Leylah Annie Fernandez, and Coco Gauff are only a few of the more impressive ones we’ve seen. However, the latter, in particular, has shown immense promise as the American has been competing professionally since 2018 when she was 14 years old.


As Serena Williams hangs up the racket, Gauff seems like the natural heir to her throne at the top of women’s tennis, and she is already well on her way to doing so.


Born March 13 2004, in Atlanta, Georgia, her parents were both athletes in their days, with her father playing basketball at Georgia State University and her mother being a track and field athlete at Florida State University.


Gauff was invested in tennis from the age of four when she watched Serena Williams win the 2009 Australian Open on TV. Seeing a black American woman succeed at the pinnacle of tennis would have inspired Gauff, and from the age of six, she started playing tennis and pursued a career.


She won nationals at eight years old. Her talent became apparent and saw her picked up by Mouratoglou Academy in France, owned by Serena Williams’ long-time coach, Patrick Mouratoglou.


The coach was very impressed with the then-10-year-old’s mindset and sponsored Gauff to provide funding for higher level training, and she would repay that by winning the USTA Clay Court National 12-and-under title at the age of 10, the tournament’s youngest ever winner.


She entered junior tournaments next, beginning with the Les Petits As 14-and-under tournament, where she made the semi-finals. She would then enter the ITF Junior Circuit at 13 and directly compete in the top-graded competitions. This saw her finish as runner-up to Jamiee Fourlis in Grade 1 Prince George’s County Junior Tennis Championships and make her Junior Grand Slam debut at the 2017 US Open.


Not dropping a single set all tournament until the final, she would lose to Amanda Anisimova - becoming the youngest girls’ single finalist in US Open history. This was an almighty feat for the Americans.


A semi-final at the 2018 Australian Open followed. But the French Open is where she would see her first Grand Slam success after showing her god-given talent, once again, by not dropping a single set until the final, where she came back from behind to beat Catherine McNally in an all-American tie.


She would appear in the quarter-finals at two more grand slam tournaments in 2018, although would see success in the doubles, where she would win at the US Open with McNally.


She would remain in the top two of the juniors category for the rest of the year, but in May 2018, she would make her professional debut at the ITF Women Circuit at Osprey, winning her first match.


Soon after winning the doubles match in Arizona, Coco received her first WTA championship. Even though she lost in the second round of qualifying in the French Open, she did make it into the main event at the illustrious Wimbledon tournament in England. She defeated Greet Minnen and Aliona Bolsova to get to the main draw as the youngest player. Venus Williams, a five-time champion, was her opponent.


Never meet your heroes is the usual saying. However, not only did Gauff meet Venus, but she beat her in straight sets to upset the champions and reach the fourth round.


This was the moment people stood up and took notice of the teenage sensation.


The 2020s - French Opens Final and World Number One


She started 2020 ranked No.67 and reached the fourth round of the Australian Open where she would once again beat Venus Williams in straight sets in the first round, also beating Sorana Cirstea and defending champion Naomi Osaka.


A doubles final in 2021 followed, but 2022 wouldn’t disappoint as she would become one of the best and most recognised faces.


The 18-year-old defeated Martina Trevisan, Elise Mertens, Sloane Stephens, Kaia Kanepi, Alison Van Uytvanck, and Rebecca Marino on her way to the French Open final, where she was disappointed to lose to current No. 1 Iga Swiatek. She wouldn’t have any luck in the doubles either, losing to Caroline Garcia and Kristina Mladenovic - Securing No.13 in the singles and top five in the doubles was the silver lining of the tournament.


Her ranking would improve to No.11 after her third-round exit to Amanda Anisimova at Wimbledon. However, the Canadian Open gave her the second title of her career.


Securing the doubles title in Canada alongside partner Pegula once again, beating Nicole Melichar-Martinez and Ellen Perez 6-4, 6-7, 10-5, which saw Gauff clinch No.1 in the World Doubles rankings.


At the most recent US Open, she was knocked out in the quarter-finals by Caroline Garcia in straight sets, becoming the youngest American woman to reach the stage since 2009, when Melanie Oudin did it at 17. Gauff also beat Madison Keys and Shuai Zhang to guarantee herself a debut in the top 10 ranking in the singles ranking after the tournament.


Gauff is taking the baton from Serena and Venus Williams as a black female tennis player having early success.


She has shown tenacity and technique beyond her years and shown she has the ingredients to compete at the highest level, and the scary thing is that this is only going to get better with age.


By defeating Venus twice, Osaka and other seasoned female players demonstrate that she is not intimidated by a challenge, and she is willing to compete against the best to achieve her goals. This mentality at such a young age is remarkable.


This isn’t a matter of ‘if’ she will become a tennis legend. It is a matter of ‘when’ as success at her tender age is only going to become more frequent as she matures and develops into something superhuman-like.


She could very well be sharing the stage with the Williams sisters as one of the greatest female tennis players of all time in 10 years, all that is required is a little patience.