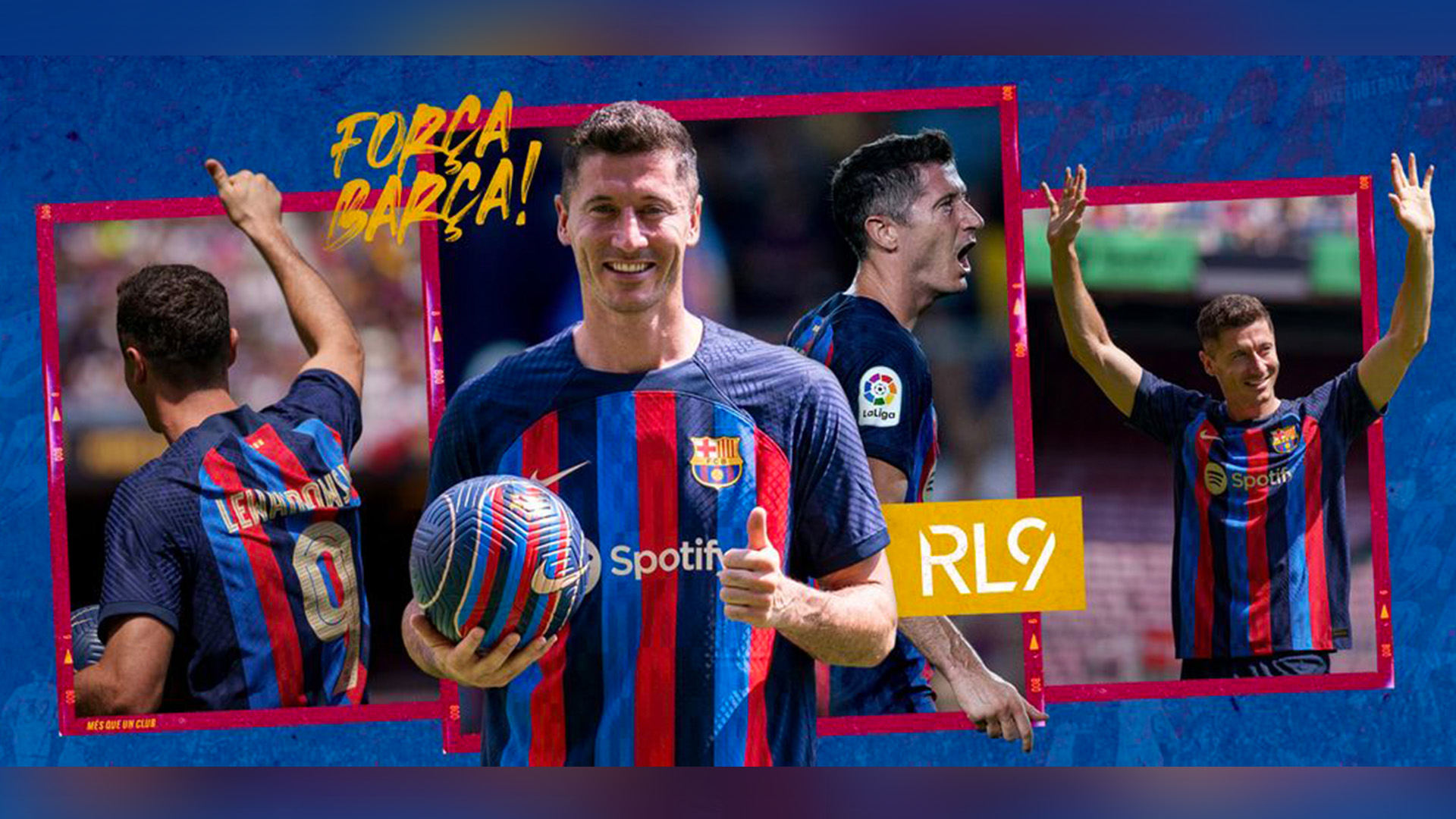 
In all fairness, the first response that comes to mind is ‘goals, goals, and more goals’, but the signing of Robert Lewandowski goes beyond that one aspect of the game that casual fans have grown to connect with him, especially in light of the present circumstances surrounding Barcelona.

To fully present the right image, we must go back to October 2020. Disgraced former president Josep Maria Bartomeu was ousted from office by a no-confidence vote from the majority of social and former president Joan Laporta returned to lead the team for a second time.

Much like the first electoral campaign where he had promised the signing of David Beckham if he won, Erling Haaland became one of the vital aspects of his recent electoral campaign. Laporta, sharing a strong relationship with the Norwegian striker’s agent Mino Raiola, promised to do everything to bring Haaland to the club and make him the new face of Barcelona’s revival.

However, reality proved to be a more sobering affair. Laporta and his staff realised the true extent of the financial damage by the previous board, which indirectly resulted in the club having to part ways with their icon Lionel Messi.

In light of such financial jeopardy, undertaking any operation for Haaland, whose mere mention inflated the price of any possible deal by millions, would be a massive gamble and one that Barcelona was ultimately unwilling to undertake.

After Leo Messi left the team, the team needed a star, and Bavaria provided both by providing a name to sell and a true number 9.

After lengthy and difficult negotiations that often prompted media outrage from the concerned parties, Robert Lewandowski was finally unveiled as an FC Barcelona player on the tour of the US and later in front of 60,000 fans at the Camp Nou.

While Lewandowski’s age doesn’t indicate that he is one for the future, spending nearly €50 million for someone who turns 34 soon is a brave investment from Barcelona.

Lewandowski is an instant cash magnet and reports of his shirts flying off the shelves of the Barcelona stores only suggest the instant revival of fan attention for the club following the despair of the last couple of seasons. He has already built himself the status of a bona fide hero with his exploits in the Bundesliga, and merchandise and ticket sales will continue to bring in good money to recoup much of the initial investment.

Lewandowski also supports a wide range of some of the largest brands in the world, from Gilette to EA Sports, which benefits Barcelona and their efforts to pump new income into their revenue books. It makes the current team – largely depleted of superstars – look more appealing to sponsors. La Liga, who rued missing out on the chance to sign Kylian Mbappe earlier this summer, has reason to celebrate as well.

The financial advantages of the deal aside, on a more human level, the Polish goal machine has the mentality of a champion. Lewandowski has been the ultimate professional, pushing himself to crazy levels to succeed throughout his career. His wife Anna is a certified nutritionist and takes care of his diet, while Lewandowski also undertakes extensive therapeutic methods to keep his body fit and rejuvenated. Even at 34, he is fast, fit, and agile and can press opponents all day.

Barcelona manager Xavi will hope that Lewandowski’s preference for high standards and expectations will have brushed off on the current squad, which is populated by a crop of promising players like Pedri, Gavi, Ferran Torres, Ansu Fati, and Ronald Araujo, among others.

Since the departures of Carles Puyol, Javier Mascherano, Xavi, Andres Iniesta, and Lionel Messi, Barcelona also haven’t had a player taking on the role of a leader on the pitch. The present Catalan club tends to lose attention and concentration regularly because its captains, Sergio Busquets, Gerard Pique, Jordi Alba, and Sergi Roberto, don't have the loudest voices on the field. With Lewandowski in charge, his teammates will have to step up their play.

The assurance of goals that Lewandowski offers to this club, however, is what matters most. There’s hardly a better goal-scorer than him in world football currently, and Lewandowski is capable of scoring all kinds of goals, right-foot, left-foot, near-post, far-post, header, spot-kicks, set pieces, outside-the-box shots, volleys, you name it.

A side that does manage to create opportunities and accumulate xG aplenty but fails to convert them regularly, this comes as a blessing. It was one of the primary conditions that allowed wantaway Arsenal striker, signed on the deadline day of the winter transfer window, Pierre Emerick Aubameyang to succeed in his short six-month spell last season.

Having tied Ousmane Dembele to a new two-year contract and secured the services of Raphinha from Leeds United, Barcelona has ensured that there are wonderful players to supply Lewandowski with the cross or the final ball from the wings. Behind, he will also find Pedri, who is on his way to becoming one of the best midfielders in the world.

If the Polish number 9 manages to hit the same stride with which he has played football over the last five years, Barcelona can genuinely expect a 40-goal season from him, which will do wonders for their title bid across all competitions.

The only question mark here is that Robert Lewandowski is playing football at the highest level outside Germany for the first time in his professional career. One of the greatest players in the modern era of Bundesliga, he is no spring chicken anymore. At this stage in his career, it will be interesting to see how long he takes to get used to La Liga.

These caveats of age and adaptability aside, the signing of Lewandowski could genuinely prove to be a blockbuster for Barcelona. He not only adds instant quality and goal-scoring edge but also raises the ceiling and ambition for a side in desperate need of it while also providing a benchmark to strive towards for the younger players in the team.