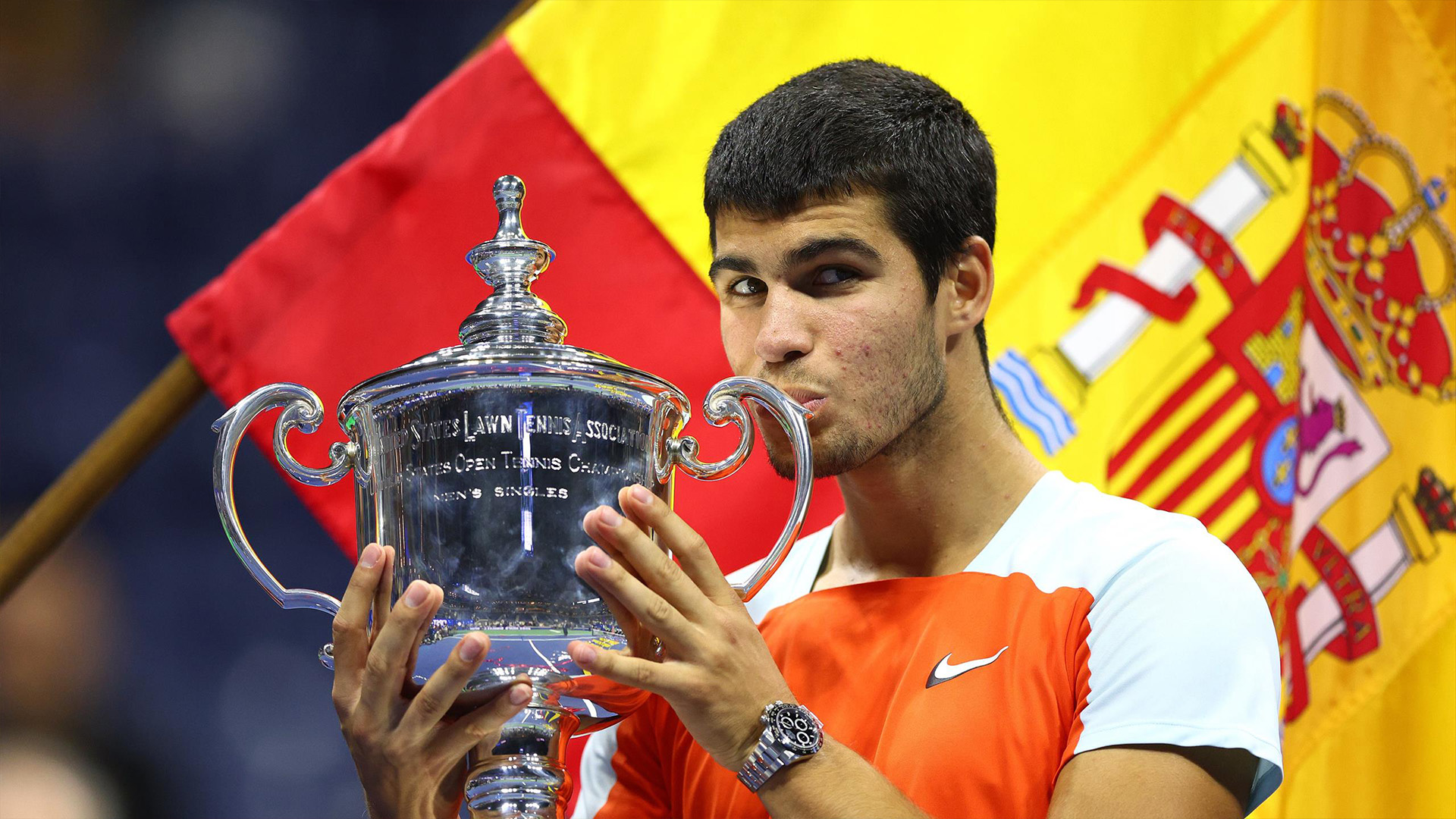 A contest between two powerhouses in the current game lived up to the expectations as Carlos Alcaraz claimed an astonishing victory over Norwegian tennis star Casper Ruud. Alcaraz won 6-4 2-6 7-6 (7-1) 6-3 in his first major final.

Entering the match with far less recovery time due to the length of his previous matches concerns over Alcaraz’s concentration and physical capacity arose before the final. He was involved in the second-longest match in US Open history when he clinched the victory against rival Jannik Sinner two rounds prior – the bout became the tournament’s latest ever finish at 2:50 am.

The final was placed with huge importance being the first time in the Open era that both parties were competing for a maiden Grand Slam title alongside the No 1 ranking.

Throughout the tournament, the Spaniard entertained crowds with his flawless performances despite his lack of recovery time.  His tennis had captivated fans around the globe, and he undeniably had been the most impressive performer. You’d find it tough to have a fiercer week leading up to the final, though, as he had contested three consecutive five-set matches and spent 20 hours and 20 minutes on court.

Alcaraz’s game is so well-rounded with pace, athleticism and balance of offensive and defensive play that almost shapes him to become unbeatable – finding it difficult to pinpoint an area of weakness.

The 19-year-old started the match off on the front foot after breaking early. His free attacking tennis disgruntled the Ruud, but he remained unwavering, absorbing everything he could. Ruud, however, would be the one to hold serve to win the first game of the highly anticipated contest. A statistical dream for some as both parties saved two break points each in the first two games – a start which oozed determination. The Spaniard broke serve to go 2-1 up in the first set as his dazzling tennis was the sole difference in the opener.

A faltering second set from Alcaraz was met with murmurs of the possibility that the fatigue was catching up to him. Ruud collected the set 6-2 as the 23-year-old capitalised on Alcaraz’s failed drop shots. The former broke twice to give himself a cushion, and this set drew things level at the Arthur Ashe Stadium.

Things changed trajectory as Alcaraz regained his authority in the early embers of the third set, with Ruud upping the force in his groundstrokes. Alcaraz piled the pressure on Ruud early by winning the first two points of the eventual penultimate set. Grit and determination shown by Ruud claw things back to 30-40, but the teenager debunks the case that he is tired and breaks serve. Moments later, Ruud returned the favour. A chance for the Norway star arose as the score turned 15-30.  A flurry of net shots meant that things were back level with Ruud back on serve. A tense set saw Ruud seemingly in control at 6-5 as he generated two set points to put himself in the driving seat. Monumentally, Carlos Alcaraz took a third-set tiebreak. Following a disappointing start, seven straight points moved him inches closer to silverware.

Ruud was understandably deflated as he entered the fourth set and had next to no answers for Alcaraz’s dynamism and supreme shot-making. Seemingly unbothered by the copious burden of the history of the tie, the fourth and final set belonged to Alcaraz, who broke for a decisive 4-2 lead. With immense pressure mounting on his teenage shoulders, a textbook service winner was too wide for Ruud to counter – Alcaraz, similarly to Nadal, amongst the elation, fell flat on his back as the New York cheered on.

When Ruud looks to be running away with the match in the third set, Alcaraz upped the ante, making it difficult for Ruud to get the break. The tiebreak just moments after was integral to the outcome of this final. For some a turning point, but for Alcaraz one of his most important moments to date.

Comparisons have been drawn between Alcaraz and a 22-time Grand Slam champion as the pair are both clay court enthusiasts. The latter even once said, “when you make a salad, and you are putting ingredients inside the salad, he has plenty of ingredients to become a great player”, showing his admiration for his fellow countryman.

Ruud, attempting to become the first Norwegian to climb the summit to the top of the ATP rankings, has claimed he will continue to chase that top spot as he rises from seventh to second in the world. Unfortunately for the Scandinavian, his record in major finals is a sight for sore eyes as he failed to capitalise on his chance at silverware on two separate occasions.

In a world of ageing stars who have been the figureheads of the sport for several years, the US Open has demonstrated a changing of the guard. Alcaraz will be at the forefront of this new era of talent coming through attempting to leave their imprint.

Over 23 hours and 40 minutes of nail-biting tennis, Alcaraz has continuously proven his durability, and it seems like there is no end to what he can accomplish in the future.