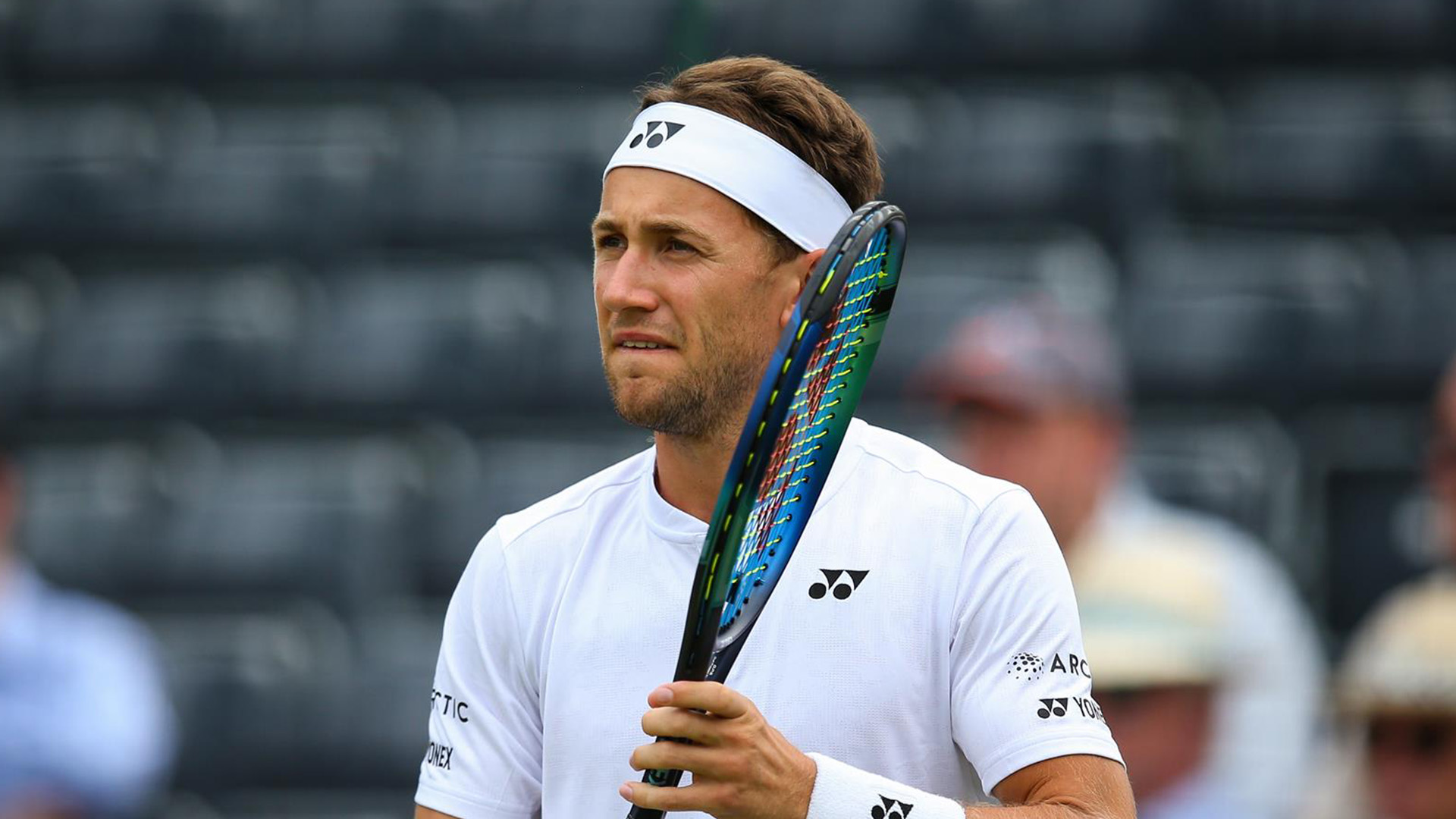 
Fans from the Scandinavian nation take satisfaction in having a gem representing their country, among them Casper's coach, Christian Ruud, every time Casper Ruud accomplishes a goal that was unheard of for tennis players of Norwegian descent.


A former professional tennis player, Christian had a professional career that lasted from 1991 to 2001, during which he peaked at World No. 39 in October 1995. Christian’s best record at a Grand Slam was in 1997 when he reached the Fourth Round of the Australian Open. His best record at an ATP World Tour Masters 1000 tournament came in the same year as he reached the quarter-finals in Monte Carlo.


Such personal records were also those of Norway until Ruud came along.


His career breakthrough came in September of the same year. At the ATP Challenger in Seville, a 17-year-old Ruud took down third seed Taro Daniel 6-3, 6-4 in the final and jumped from a top 450 position into the top 300. On his way to the finals, the Norwegian also defeated top-seeded Inigo Cervantes, World No. 75 at the time, 3-6, 6-1, 6-4.


It was Ruud’s first ever ATP Challenger tournament, and his triumph made him, at the time, the fourth youngest debutant to win an ATP Challenger.


As Ruud gradually made his way up the rankings, he finally qualified for his first Grand Slam in 2018 in the name of the Australian Open. In this tournament, he reached the second round, a feat he also achieved in the 2018 French Open. With such progress, Ruud was on the cusp of reaching the Top 100 in 2019. Reaching the 2019 Brasil Open semifinal lifted the Norwegian into the group, yet he only got as far as the third round in a Grand Slam that year.


Ruud claimed his first ATP Tour title at the Argentina Open in 2020 after defeating Pedro Sousa and from being World No. 45, Ruud broke his father’s record by becoming World No. 34. In the following year, the Norwegian scooped five titles: at the Geneva Open, at the Swedish Open and Swiss Open in successive weeks, the Austrian Open and, finally, the San Diego Open. In September of 2021, five years after he broke out at the 2016 ATP Challenger Seville.


At the 2022 French Open final, Ruud got to face Rafael Nadal, a model he has been striving towards. Ruud’s admiration for Nadal was evident, especially since Ruud prefers clay courts over hard court games. Nadal eventually reigned superior over Ruud with scores of 6-3, 6-3, 6-0. In 2022, Ruud also made the final of the Miami Open, a Masters 1000 tournament, where he dropped to Carlos Alcaraz in two hard-fought sets.


With his achievements so far came national records. Ruud is the first Norwegian to reach the final of a Grand Slam, where he faced Nadal. He earned the highest ranking that no other Norwegian has gotten to at World No. 5. His 2020 Argentina Open was his, and Norway’s first ATP title as well.


Ruud has exhibited a penchant for clay courts throughout his career, whether he was a kid or a professional. This is because he looked up to Nadal. The Norwegian has the stamina to participate in protracted rallies as his opponents lose steam. His power over his forehand shots can force opponents to stay deep and, as they are figuring out their next moves, parry Ruud’s well-crafted returns to either side of the court. Such groundstrokes from the baseline apply a topspin and awkward trajectory that can bewilder the opposition.


With his right-handed forehand being a strength, Ruud’s two-handed backhand also presents some power and challenge for his opponents. The Norwegian has been honing his craft at Rafa Nadal Academy, which exemplifies his admiration for the Spanish.


With a physical style of play, a “nascent” career and a proven record of constant growth, Casper Ruud may not be far from being a dominant force on clay courts. Former tennis professional Patrick McEnroe said Ruud will be winning his first Roland-Garros by 2024. Ruud has the potential to dominate one clay court tournament to another.