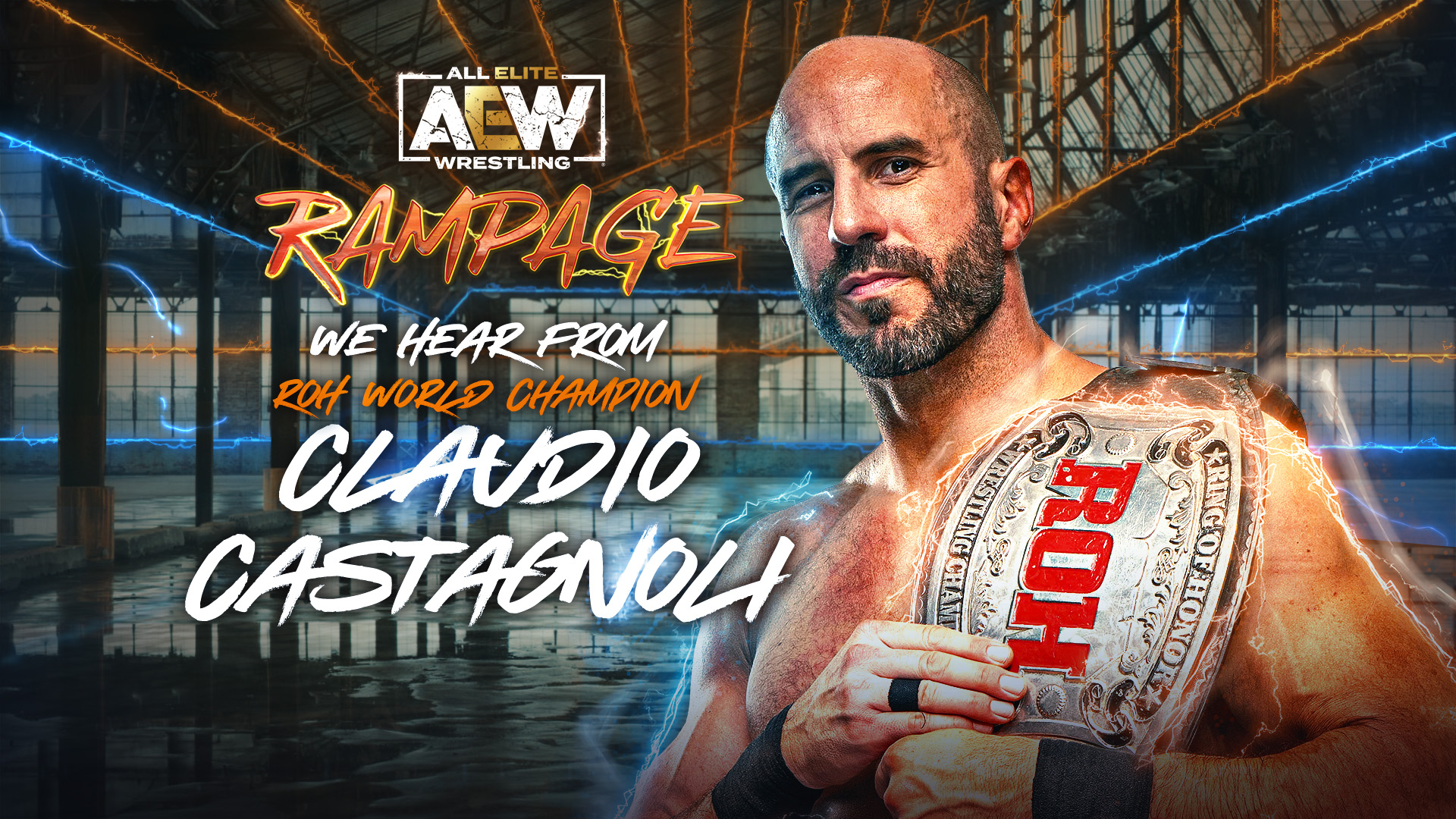 Welcome to the review for the August 19 episode of AEW Rampage emanating from the Charleston Coliseum in Charleston, West Virginia. This week’s episode featured two title matches as well as an ROH title open challenge from Claudio Castagnoli. The main event saw the Best Friends clash against the Trustbusters in trios action.


The Swiss Cyborg made his way to the ring flanked by Wheeler Yuta and issued an open challenge for the ROH World Championship. Dustin Rhodes walked out and recounted both men’s history of not winning a world title before Claudio won the ROH title. He promised to give Claudio the best he had to offer on next week’s Rampage.


Meanwhile, backstage, Ruby Soho and Ortiz cut a fiery promo on Tay and Sammy Guevara and asked them to fight the earliest they could.

Keith Lee tried to beal Kassidy across the ring but landed on his feet. Lee overpowered Kassidy and dragged him across the ring before tagging in Swerve. Kassidy countered a suplex and hit a tornado suicide dive over the top rope. Private Party isolated Swerve and continued to ground him down before Lee got the hot tag. He came in like a freight train and floored both opponents. He tagged Swerve back in, who finished the match with a JML Driver.


This was a surprisingly short match. Private Party didn’t get in nearly enough offence, and the champions looked dominant. So the show of respect at the end seemed a little off.


Hook vs Zack Clayton for the FTW Championship


Clayton swung wildly at Hook, but the champion ducked and locked in the Redrum for the win. This was a squash to put Hook over further. Cool Hand and Daddy Magic cutting a promo on Hook and the FTW Championship after the match was interesting. Hook squaring off against the JAS has a lot of potentials.


A standby match was announced as a result of Hook finishing his fight quickly. Julia Hart flanked her House of Black counterpart as they made their way to the ring. Matthews hit a shotgun dropkick to start the match and hit a running boot at ringside. Serpentico attempted a hurricanrana, but Matthews caught him for a buckle bomb.


He delivered a pump handle slam for the win. Miro walked out with Malakai Black’s mask as Matthews and Miro fought on the ramp. The Redeemer laid out Matthews inside the ring and knocked him out of the ring with a vicious thrust kick.

The prospect of Miro facing anyone in the House of Black is mouthwatering. A potential class against Brody King would be one of the best hoss fights this year, considering the run King is on. Malakai vs Miro would be a fascinating clash of styles, so this is something to follow with a keen eye.


Penelope hit a shoulder tackle, but Athena kipped up immediately and took Ford down with an arm drag. Neither woman could get much in the way of offensive momentum in the early exchanges. Ford delivered a dropkick to Athena’s back as she was against the ropes and took control of the match. Back from the commercial, Athena launched Ford into the ringside barricade and went up to the top rope. She hit a stunner from the top rope to pick up the win.

A portion of this match was taken up by the commercial, which was a pity. The Baddies ambushed Athena as Jade Cargill destroyed Athena’s wings with a sledgehammer. The fight was not so exciting, but the continuation of Athena’s feud with the Baddies should lead to a heated TBS Championship match at All Out.


Best Friends vs the Trustbusters in the AEW Trios Tournament Quarterfinals


Best Friends dominated Ari Daivari and Slim J before Parker Boudreaux turned the momentum in the heels’ favour as he took out all Best Friends members by himself. Trent and Daivari slugged it out after the commercial, but the latter got the tag to Slim J, who mocked Orange Cassidy.


Trent took Slim down and tag in OC, who wiped out Slim J with a crossbody and hit a tornado DDT on Daivari. Boudreaux confronted OC and floored him. Trent and Chuck ate a double clothesline as Boudreaux wreaked havoc. The Best Friends escaped and hit a triple dropkick to finally quell Parker’s momentum. The action picked up, and Danhausen showed up to curse the Trustbusters. OC hit a superman punch on Daivari before the Best Friends combined to hit a pyramid formation splash on Slim J for the win.


The Best Friends are a great trio in how they manage their workload. Trent and Chuck carry the in-ring portion just enough for OC to get in his gimmick spots and fire up at the end. Boudreaux looked like an absolute monster, and despite people being against his signing, he is destined to be a significant player on the roster.