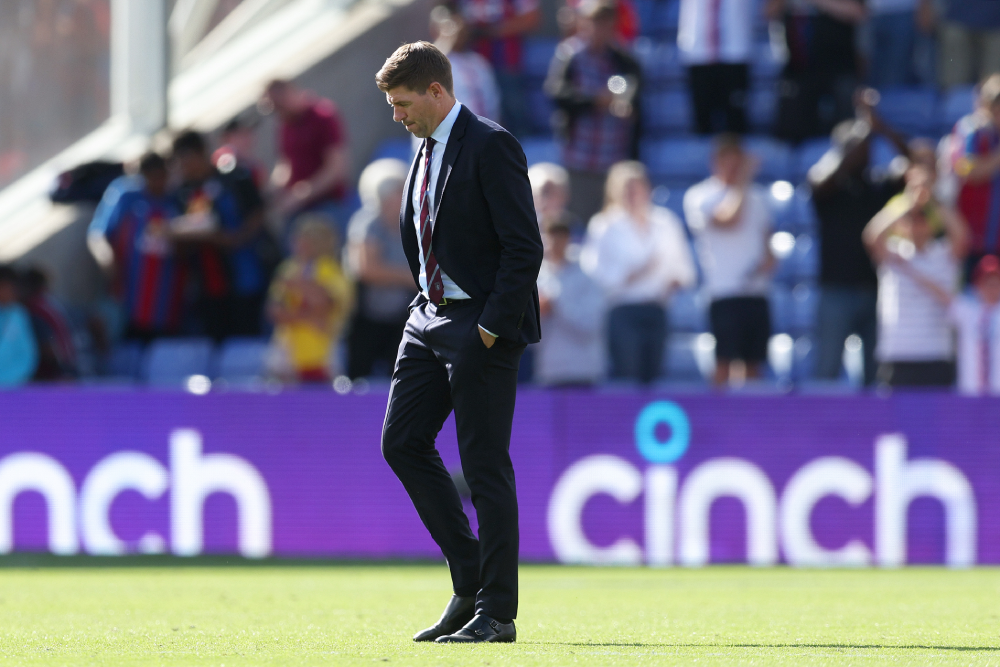 
Elland Road played host to a pulsating contest between Leeds and Everton on Tuesday night, as The Whites came from behind to maintain their unbeaten home record while the visitors remain winless following a third successive draw.


The home side started well but fell behind in the 17th minute as Alex Iwobi slid a ball through the heart of the Leeds defence, which Diego Llorente failed to cut out, allowing Anthony Gordon to bear down on goal and bag his second in a week through the legs of Illan Meslier. Leeds replied almost instantly and were a matter of inches away from an equaliser as Rodrigo failed to touch home a wicked Jack Harrison cross from the left before the Spaniard was taken off with an unfortunate shoulder injury.


Leeds returned from the break with a point to prove and tested Jordan Pickford almost immediately, as Brenden Aaronson stung the palms of England’s number one, who did well to turn it away. One of the other Leeds new boys wouldn’t be denied, however, and as they ramped up the pressure, Luis Sinisterra found a yard to arrow in his first goal for his new club. The home side kept coming and almost turned it around as Joe Gelhardt got the better of James Tarkowski in the area, but he was met by Pickford, who denied the young Englishman from close range. Everton knew they would have to relieve the pressure, and in a rare foray forward, the busy Gordon slid through Demarai Gray, who finished beyond Meslier on his left foot. But the assistant raised his flag to deny Gray his third goal of the season with replays suggesting the decision was tight. Even though they played with their backs to the wall for the majority of the half, Frank Lampard's team came out on top. Amadou Onana and Nathan Patterson both had first-time Everton goals stopped, first by Rasmus Kristensen and then by Meslier, who frustrated the young Scot as the Toffees pushed for the win. A draw was probably a fair result, with both teams coming away from the game knowing they could’ve scored the decisive goal.


The pressure on Steve Gerrard has ramped up a notch as the Villains suffered a third league defeat in four at the hands of West Ham, with Pablo Fornals’ late winner earning the away side their first maximum of the season.


Villa thought they’d taken the lead in the first half as Lucas Digne swung in a whipped delivery to the front post, which Philippe Coutinho headed onto the post before Ezri Konsa tapped home. But the ball was adjudged to have swung out from the delivery, and the goal was chalked off in a lacklustre opening 45.


A significant problem for Villa has been their big players struggling for form, and as John McGinn slipped on halfway, many of the home faithful feared the worst as Jarrad Bowen bore down on goal, but Digne got back to make a terrific last-ditch challenge to save his side. But that now familiar sinking feeling hit soon after, as Pablo Fornals picked the ball up in space and drove towards goal, letting off a speculative effort which took a hefty deflection off Konsa to loop into the Villa goal. It was one of just five shots on target during the contest, but it was the decisive one to earn David Moyes’ side their first league win of the season.


Harry Kane netted his 200th and 201st goals in league football as title-challenging Spurs brushed Nottingham Forest aside by two goals to nil at the City Ground.


Following the frenetic early pace of the game, Spurs took the lead as Dejan Kulusevski drove the ball forward before slotting in Harry Kane down the right. The England captain controlled it before scuffing a bobbling effort towards goals which deceived Dean Henderson to nestle in the bottom left corner of the goal in the 5th minute. While Kane’s duck is firmly broken, Son Heung-Min is still looking to open his account for the new campaign and came close in the opening period, reacting to a loose ball on the edge of the area, but his curled effort narrowly cleared the crossbar. Morgan Gibbs-White then did the same down the other end, latching onto the end of a fine Forest move only to see his side-footed effort fail to trouble Hugo Lloris.


With a looping Ivan Perii cross that Cook could only palm away with his hand to give Spurs an easy penalty, Harry Kane started the second half the same way he did the first, pushing Cook into an awkward position on the goal line. Kane stepped up and aimed low and hard to his left, but Henderson guessed right to palm the ball away and save his second consecutive spot kick for his new team. The home side then nearly made that miss count as Harry Tofolo’s out-swinging cross found Ryan Yates on the edge of the area who set up Neco Williams, but the wing-back’s bouncing effort narrowly missed the far post. Instead, it was Forest who would rue a miss, as substitute Richarlison aimed a delightful cross to the far post, which met the head of an unmarked Kane to steer home his second of the match and make the game safe. Spurs are still unbeaten, while Forest has only managed one win since their return to the big time.


Palace started the stronger as Brentford struggled to contain Wilfried Zaha, receiving the ball inside the Bees’ box to turn and get a shot away. But Aaron Hickey did well to track the Ivorian all the way and make a climactic block. Down the other end, it was the away side’s turn to threaten, as a deep cross found Ivan Toney lurking at the back post to control and put in a dangerous-looking ball onto the head of Zanka, but the centre-half could only divert his effort over the bar.


While the first half was a rather drab affair, the second kicked off on a much stronger foot, and Palace almost found the opening goal as Jeffrey Schlupp pressed Mathias Jensen into submission on the edge of his area. But the Ghanaian’s effort lacked the power required to cause trouble for David Raya. But Patrick Vieira’s men now smelt blood and turned up the pressure as Michael Olise skipped around a couple of half-hearted Brentford challenges to forge a sight of goal, but his low effort found the base of the post to spare the visitors. They wouldn’t survive for long, however, as Cheick Doucouré slid the ball into the feet of Zaha on the edge of the area, who manufactured a yard to curl a delicious effort into the top right corner to give Palace a deserved lead. Despite their relative domination, the score stayed at one and in the final moments, Vitaly Janelt chipped in a searching ball to find Yoane Wissa lurking beyond Marc Guéhi. The DR Congo international made no mistake as he headed beyond Vincente Guaita to seemingly earn the Bees a share of the spoils. But it could have been so much more as in their next foray forward Toney slid a terrific ball into the path of Rico Henry. But his close-range effort was well kept out by Guaita before Ben Mee stooped to head the resulting corner off the top of the bar to seal a frantic closing stage at Selhurst Park. The Eagles fall to 13th while Brentford drops to 10th, with both sides remaining on just one win apiece so far this term.


The Saints came from behind to claim a major scalp at St Mary’s, with first-half goals from Roméo Lavia and Adam Armstrong cancelling out Raheem Sterling’s earlier effort to claim a second win of the season for Ralph Hassenhüttl’s boys.


Already under pressure from their previous away day mauling at Leeds, Thomas Tuchel’s men started the brighter and found themselves early on when Mason Mount played a clever ball into the path of Raheem Sterling, who chopped inside well. But his left-footed effort lacked any conviction. That combination would come exemplary for the Blues shortly after, though, as Kai Havertz did well to pick out a clever run by Mount, who gained an edge on Mohammed Salisu as he collected inside the area to square for Sterling. Romain Perraud managed to get back and prevent the Englishman from scoring initially, but he reacted quickest to tuck home the loose ball and give the visitors a much-needed lead in the 23rd minute. The Saints, though, quickly answered. César Azpilicueta only partially cleared James Ward-corner, Prowse's giving Roméo Lavia space and time to strike first past Édouard Mendy, who had a chance to do better. The host’s tails were up, and just before half-time, they had turned the game on its head as Ward-Prowse picked out the marauding Perraud on the left, who cut a brilliant ball back into the path of Adam Armstrong. The Englishman took a touch before firing home on his weaker side with a slight deflection off of Kalidou Koulibaly, enabling him to confirm his first goal in 17 games.


Although Southampton may have anticipated a Chelsea uprising in the second half, they were the only team to pose a threat. Perraud again found himself free down the left and chipped a tantalising ball into Mohamed Elyounoussi, but the Norwegian's diving header was well stopped by Marc Cucurella before Mendy stopped his subsequent follow-up attempt. They then very nearly made the game safe with just 15 minutes to go as Salisu nodded down another Ward-Prowse corner. But as it appeared to be heading in, Thiago Silva got back to expertly flick the ball off his goal line before Mendy eventually caught the loose ball. Chelsea mustered little to ensure that Southampton picked up a massive and much deserved three points, while the Blues’ troubles on the road - and in front of goal - continue.