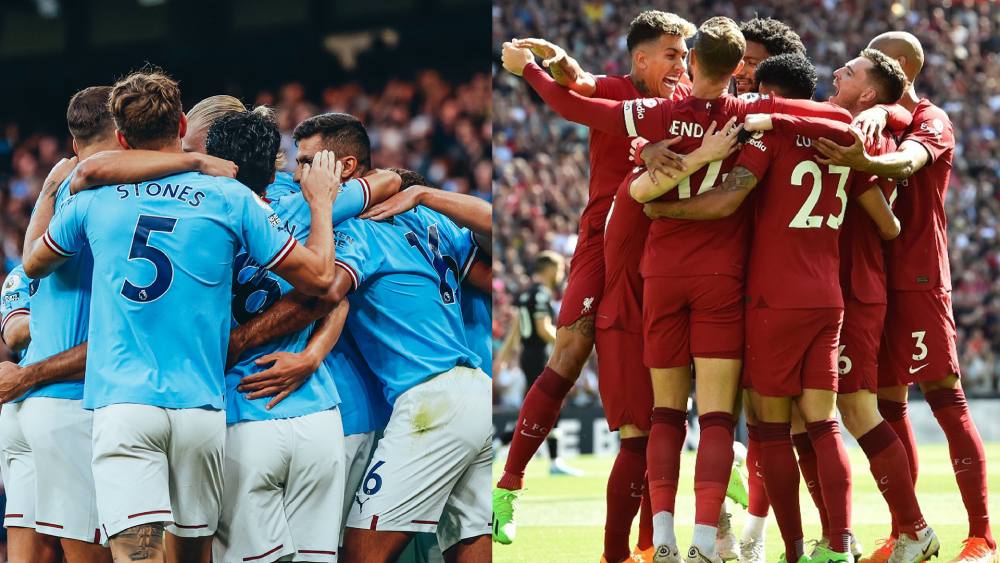 Liverpool needed a 98th-minute Carvalho winner to squeeze past  Newcastle United. The Reds were fresh from their memorable nine-nil demolition of Bournemouth; having claimed their first win of the season against the Cherries, they sought to build on that at home against a tricky Newcastle side who had bloodied their title rivals Manchester City on match day four. Nick Pope, Dan Burn, Sean Longstaff, and new record signing Alexander Isak were all inserted into the team to take on Jurgen Klopp's squad, but Liverpool stuck with the same starting eleven that thrashed Bournemouth.

Isak, Fraser, and Almiron, Newcastle's front three, proved difficult to contain in the first half as Liverpool attempted to press and pin the Magpies in their half. However, Liverpool struggled to overcome Newcastle's compact 5-4-1 or even sustain attacks as Newcastle frequently broke and threatened. That all changed in the 38th minute when Longstaff collected a failed interception by Henderson and slipped in Isak, who rifled home clinically to mark a perfect debut. Liverpool pushed after that but remained unable to fashion any clear-cut chances until the break.

Liverpool’s fortune didn’t markedly improve after the break, and they were lucky not to find themselves 2-0 down when Longstaff combined with Isak again to take advantage of Liverpool’s high line and sent the Swede through on goal to finish calmly. Fortunately for Liverpool, it was flagged offside – but only just! Needing the win, Liverpool took more chances by committing more bodies forward. And Newcastle had several situations where a better-placed pass or decision on the ball would have developed the counter into something that could punishment Liverpool, but they didn’t. Eventually, Liverpool’s pressure paid off as Firmino arrived late to finish Salah's pass in the box. Not satisfied with a share of the spoils, Liverpool ramped up the pressure late, creating a few half chances. But not severely threatening Nick Pope’s goal, until controversially, in the 98th minute of 5 minutes added time when Fabio Carvalho smashed a winner home, gaining all precious three points for Liverpool.

AFC Bournemouth welcomed the Wolves to the South coast just a few days after being mauled by Liverpool and in the immediate aftermath of Scott Parker’s sacking. Both teams came into the game relatively desperate for points, with Wolves yet to claim a win this season. Interim Bournemouth manager, Gary O’Neil taking charge for the first time, set up his players to negate the Wolves' threat, and in this, they were successful as they left the game with one point and a precious clean sheet.

Wolves controlled proceedings from the off and tried to threaten the Cherries' goal in the first half. Record-signing, Matheus Nunes and Pedro Neto both went close in a half that saw little in the way of goal-mouth action to test either keeper.

Bournemouth sought to assert themselves more in the second half, and shortly after the restart, Dominic Solanke claimed the host's first shot on target by flicking a header into Jose Sa's arms. Mexican striker Raul Jimenez spurned a glorious chance in the 78th minute when he struck wide of the goal after racing through, and Lloyd Kelly cleared Daniel Podence's close-range header off the line to safeguard Bournemouth's clean sheet. The result moves the hosts up to 16th in the Premier League table while Wolves remain in the relegation zone with 3 points from 5 matches.

Manchester cruised to a resounding victory over newly promoted Nottingham Forest courtesy of an Erling Haaland hattrick with Julian Alvarez and Cancelo chipping in as well. The big news was City talisman Kevin De'Bryune was on the bench, with People Guardiola handing Argentine forward Julian Alvarez his first Premier League start. City was coming off a nice come-back win against Crystal Palace while Forest had been seen off by Tottenham Hotspurs in the previous match week. The visitors set up in a 5-4-1 formation to try and deal with the firepower of the Blues. It didn’t matter because City overwhelmed them in all phases of the game.

As typical in their games, City started on the front foot, and Forest soon found themselves under intense pressure. City didn’t take long to break the deadlock as Erling Haaland poked home after a short corner routine which saw Phil Foden cross from a lower position. Ten minutes later, Haaland repeated the trick as he finished a flowing move after some intricate passing through Forest’s block saw the ball fall at his feet unchallenged in the box. In the 38th minute, the Norwegian completed his hattrick finishing off some uncharacteristic head tennis involving Cancelo, Foden, Stones and himself. City could have had a fourth, but Alvarez’s low shot from outside the box could only strike outside the post just before halftime.

The second half didn’t bring any respite for Forest as City began where they left off, with Cancelo picking up the loose ball from a Forest clearance after a corner and shooting past Henderson’s despairing dive. The visitors could only stem the tide for about fifteen minutes before the new boy, Julian Alvarez, got in on the act and raced clear to finish through the keeper’s legs. De'Bryune later came in and led the counterattack that finished the scoring for the game, with Julian Alvarez grabbing his second goal of the night in the 87th minute. City’s win ensured that they maintained touching distance with League leaders Arsenal, while the loss means Nottingham Forest drops one place down to 15th.

League leaders Arsenal welcomed struggling Aston Villa to the Emirates Stadium. The visitors needed a positive result, having claimed just three points from their first four games, leaving them in the relegation zone. For the hosts, Tierney still deputised at left-back for the injured  Zinchenko while Sambi Lokonga slotted into defensive midfield to cover for Thomas Party and Mohammed Elneny, who were both injured.  Steven Gerard set up his team in their usual 4-2-3-1 formation, with Ollie Watkins spearheading the attack while flanked by Bailey and Buendia.

The first half began with both teams breaching each other’s territory early on with little threat; Buendia directed a shot harmlessly over the bar, and Gabriel Meghaeles staged a tame right-footed effort straight at Martinez. Arsenal had a penalty shout after Saka seemed to have been pulled down by Tyron Mings, but the referee waved play on.  A clever free kick by Odegaard sent Gabriel Jesus through and drew a save out of Martinez at a tight angle.  Arsenal kept on threatening, and Gabriel Meghaeles sent a deflected effort narrowly wide, with Martinez stranded, followed by a goalmouth scramble that had Martinez and his defenders putting their bodies on the line to prevent a goal.  Arsenal’s persistence paid off though with Gabriel Jesus pouncing on a loose ball after Martinez spilt Xhaka’s low shot to score his third goal of the season in the 30th minute. Arsenal kept on the pressure even after scoring and Villa had their goalkeeper to thank that the score stayed at 1-0 at half-time.

The second continued with the same theme Arsenal were still dominant and remained so until Villa pulled a rabbit out of the hat, scoring directly from a corner kick to stun the Emirates. Arsenal responded only three minutes later, as Gabriel Martinelli lost his marker in the box to stroke home Saka’s cross in the 77th minute and claimed all three points for the Gunners. The result sees Arsenal stay at the top of the table with maximum points from all their five games. Aston Villa, however, dropped into the relegation zone, and with only three points from their first five games, the pressure is on Steven Gerard to turn it around.

The Hammers came from behind to rescue a point against London rivals Tottenham Hotspurs in a game that left both sides far from satisfied. With just one win in their opening four games, West Ham welcomed Spurs to the London Stadium. The visitors led by Antonio Conte were still unbeaten in the League and sought to maintain that record, coming off a tidy victory against a newly promoted side, Nottingham Forest. West Ham could only name new signing Lucas Paqueta on the bench while Spurs captain Harry Kane was in red-hot form.

The visitors dominated possession, having 61.3% of the ball, but the hosts carried the goal threat. They outshot Spurs 14-12 with shots on target also 4-3 in their favour; they even created two clear-cut chances, Spurs created none. However, controversy is never far from a London derby, and this game was no exception; in the 15th minute, Tottenham had a penalty overturned by VAR after the ball was judged to have hot Aaron Cresswell's head rather than his hand. Shortly after the 34th minute, Spurs did take the Thilo Kehrer, unfortunately, turned Harry Kane’s low cross into his net following a counterattack.

The second half saw a change in momentum as the home side pushed for an equaliser. They got it ten minutes into the second half when Thomas Soucek smashed past Lloris from a beautiful Mikhail Antonio flick. West Ham pushed on for all three points with Pablo Fornals blazing over the bar from Vladimir Coufal's cross. Late on, West Ham threatened again with Bowen’s hooked near post cross nearly tapped in by Antonio and Soucek. Tottenham maintained their unbeaten record, and West Ham claimed their first home points of the season. The result allows West Ham to climb up to 14th while Tottenham kept their position as 3rd.