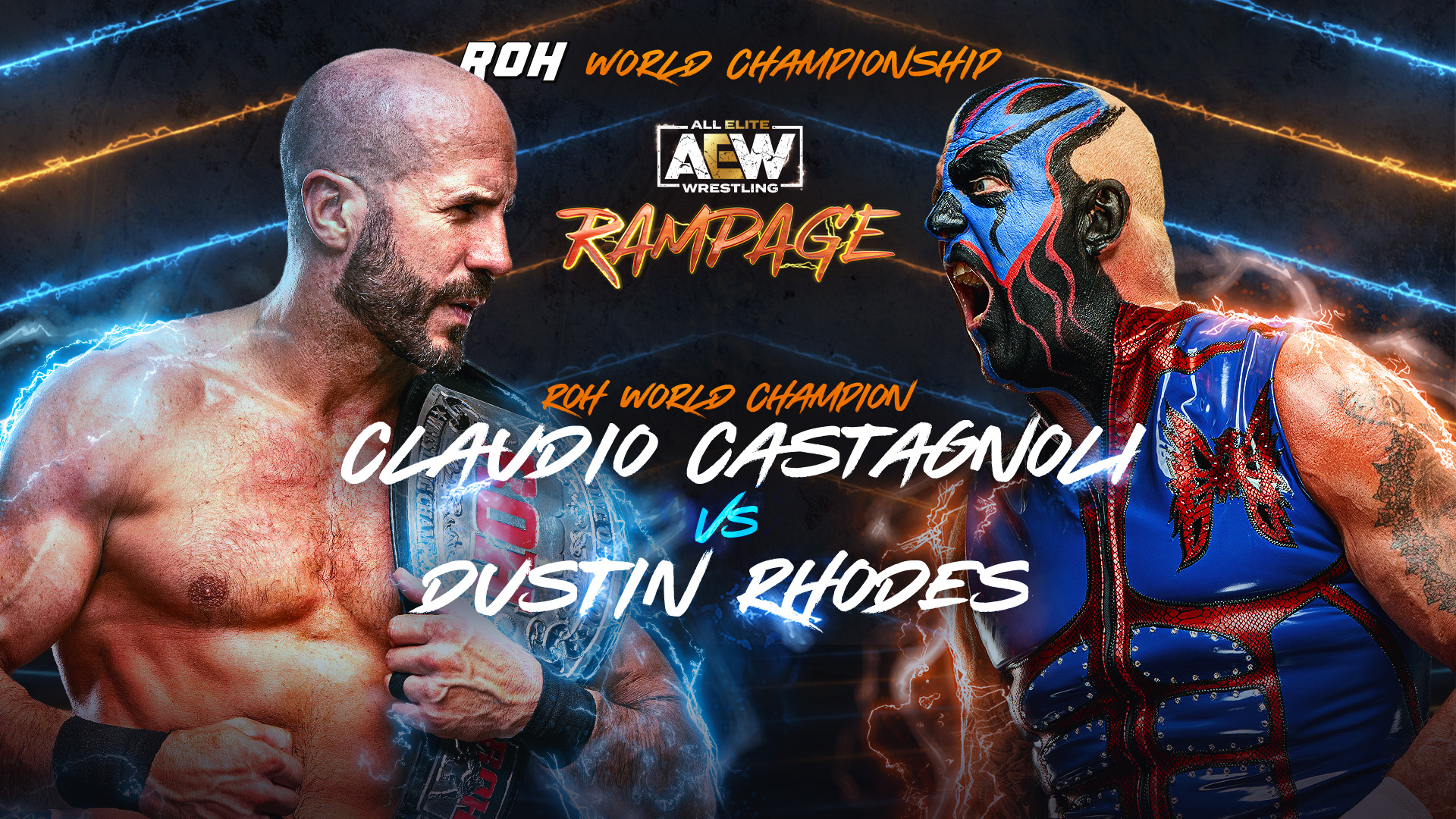 
This week’s AEW Rampage, emanating from the Wolstein Center in Ohio, featured a couple of title matches and another match in the AEW World Trios Championship Tournament. Let’s jump right into it.


Brody King and 10 got the match underway as the powerhouses of both teams clashed. King resisted Vance's attempts to knock him down with pump kicks, chops, and lariats. Vance tweaked his knee and tagged in Silver to a nice pop. Buddy Matthews tagged in, and both men tried to outwrestle each other. Matthews caught Silver for a powerbomb, but the latter countered, and we got a stalemate.


Malakai Black and Alex Reynolds tagged in, and both men countered each other’s best moves. All six men got in the ring, and chaos ensued. Reynolds took control over Malakai as he hit a flying uppercut. The Dutch star kicked him in the face as the heels took control. Brody King tagged in and chopped down Reynolds as he got isolated. Buddy went after Silver and 10 at ringside, allowing Reynolds to come back into the match as 10 and Malakai tagged in.


10 took all members of the House of Black down, planting Malakai with a spine buster. He locked the former NXT Champion in a Full Nelson before Buddy intervened and hit a meteora. Reynolds and Silver combined to take down Matthews and King, but the latter fought back and wiped out the duo. 10 came back inside the ring and locked Malakai in a Full Nelson, but the latter went after 10’s damaged knee. He locked him in a knee bar before Miro’s music played. The distraction allowed Silver to roll up Malakai for the win. HoB beat down Miro before Darby Allin and Sting sent the heels running.


The match was so-so, but the booking was abysmal. It's impossible to justify Dark Order defeating an undefeated squad on Rampage with a half-fit 10. This seriously damaged HoB's reputation. But Miro and Malakai's eventual confrontation will be fantastic.


Ryan Nemeth vs Wardlow for the TNT Championship


Nemeth tried to berate Wardlow, calling him a bunch of things. Wardlow cut him off and head-butted him before hitting a huge lariat. Wardlow finished him with four powerbombs before staring down MCMG, Sonjay Dutt and Satnam Singh. The MCMG and Jay Lethal vs FTR and Wardlow bout at All Out, a classic in the making, was a showcase for Wardlow.


Jericho, on commentary, said that this could be Ashton Day’s night. Hobbs then proceeded to destroy Ashton. He mocked Starks’ pose and finished the match with a spine buster. Backstage, the Factory had Starks in their grip and beat him down viciously as Starks bled from the mouth. Hobbs was visibly pleased inside the ring. Ricky Starks vs Powerhouse Hobbs will be one of the most highly anticipated matches at All Out, but there’s no need for the Factory to be a prominent focus of their feud.


Tay Melo and Sammy Guevara vs Ruby Soho and Ortiz


Tay immediately went after Ruby’s injured wrist. She stomped on it twice before Soho drove her into the corner and attacked her midsection. Tay hit a massive knee in the corner before tagging in Sammy. Ortiz tagged in as both men traded blows. He used Soho as he slammed her on a grounded Sammy for a two count. Sammy ducked a lariat, and a cheap shot from Tay allowed Sammy to take control of the match as the match headed into commercial.


Ortiz fought back with chops, but Sammy cut him off and caught him in a headlock. Ortiz landed a massive lariat, allowing Ruby to get the hot tag, who came out firing and hit a side suplex on Tay. A running boot earned her a near fall. Sammy caught Ruby in an electric chair, but she hit a poisonrana. Tay took advantage and hit a diving crossbody. Ruby managed to hit a No Future, but Sammy broke up the pin. Ortiz and Sammy brawled inside the ring as Anna Jay drove Ruby into the steps, which allowed Sammy to hit a flying cutter for the win.


This was two matches in one. The bits between Soho and Tay were flawed. Ortiz and Sammy had some decent moments, and the right team went over.


Claudio Castagnoli vs Dustin Rhodes for the ROH World Championship


Both men locked up and tried to outwrestle each other. Dustin went for an early roll-up and hit an arm drag which led to a stalemate. Claudio managed to trap Dustin in a side headlock and then took him down with a shoulder tackle. Claudio hit a massive uppercut, but Dustin hit a Manhattan Drop and a kick to his temple for one count. Dustin went for a crossbody, but Claudio ducked, and the former went smashing out of the ring as the match headed into commercial. Claudio hit a gutwrench slam and locked in a crossface.


Dustin fought out of it by lifting and slamming Claudio, but the Swiss Cyborg remained dominant. Both men traded strikes, and Dustin clotheslined Claudio to the outside before hitting a Senton at ringside. Dustin hit a flying clothesline for a two count and then hit a hurricanrana off the middle rope. He hit a Code Red for a near fall as the crowd chanted You Still Got It. Claudio got a near fall of his own with a lariat. He got Dustin in the Giant Swing, much to the crowd’s pleasure, but Dustin kicked him out again. Claudio locked in the crossface again and cranked the pressure, but Dustin reversed it and hit a power slam. He hit a piledriver, but Claudio kicked out at two and a half. Claudio tried to leap over Dustin but caught Dustin’s head for an unintentional low blow. Claudio hit the uppercut for the win.


This was a praiseworthy match with a straightforward plot about a veteran who couldn't compete with a top performer at the height of his abilities. Claudio was impressive as always, but Dustin got gassed midway through the match, making a lot of his work look lethargic.

Haaland scores a hat-trick; Liverpool thrash Bournemouth 9-0: All from the fourth week of Premier League