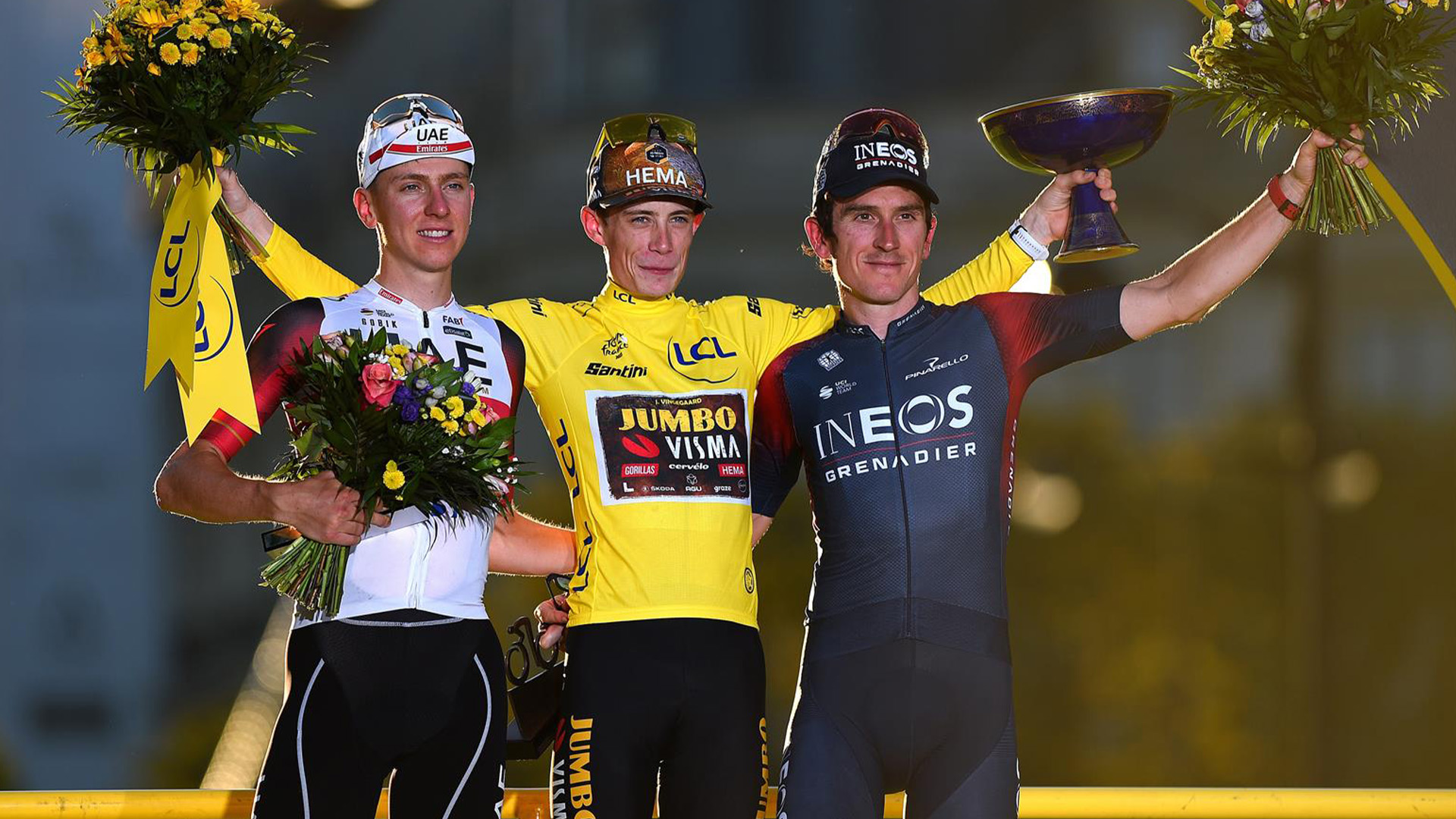 It had been the fastest Tour in history, and Jumbo Visma were stretched to its limit, competing against the singular brilliance of the incumbent winner, Tadej Pogacar. For much of the first week, Pogacar’s win had seemed a certainty, the Young Slovenian looking a cut above the rest of the field, picking up bonus time in nearly every available opportunity.

In this early juncture of the race, Jumbo Visma's Wout Van Aert shone, looking the only person in the peloton worthy of beating Pogacar. His early assault allowed his team the breathing space to plan carefully and catch Pogacar.

On Stage 11 at Col Du Granon, Jumbo Visma’s detailed plans paid off spectacularly. Weakened by injury, Team UAE Emirates was powerless to resist the invading armada of Jumbo Visma riders. Vingegaard attacked in bursts, routing Pogacar up the Haute Alpes. Pogacar, for the first time in almost two years, suffered a day where he imploded. By the end of his day of horrors, the Slovenian had finished 7th and lost over three minutes.

The peak, last used in 1986, had seen Bernard Hinault wear the Maillot Jaune for the last time. Like Hinault, the defending champion was never able to wrest back control after this stage. Vingegaard took first Yellow Jersey for a Jumbo Visma team leader in 2020 and kept consolidating from that point onwards.

The incumbent Maillot Jaune will reflect on what could have been a combination of poor luck and a constantly depleting reserve of support had him battling adverse situations on several fronts. Two teammates had to withdraw because of Covid, leaving him defenceless. A lack of assistance from his accomplished teammates made his job more difficult on the slopes of Col du Granon but lament a host of uncharacteristic mistakes that saw him lose the race.

Pogacar has tipped as someone who can challenge the legacies of the very best and went to great lengths for Yellow Jersey. He jumped on the L'Alpe d'Huez and tried to spring a surprise attack early in the stage on Mende but was unable to eat into Dane’s lead. This pattern continued on his path to Foix.

Team UAE Emirates' spirit and strength in numbers completely frayed in the subsequent stages as Pogacar soldiered on bravely. His attack on Vingegaard on the ski resort of Peyragudes seemed to pay dividends. But the four-second bonus he had accrued on the sprint evaporated completely.

Vingegaard’s win was secured in earnest on Stage 18 at Hautacam. In its 30-year history, this stage has often seen eventual champions solidify their positions atop the GC. This year Vingegaard did so too. Unlike most of these years, Vingegaard’s act of consolidation was far from straightforward. The penultimate climb of the Col de Spandelles featured the two men locked in a thrilling tussle. Pogacar attacked with the intent of a man unwilling to concede defeat and was the aggressor in three separate places in a 5km stretch. Each time he found himself behind a yellow Jumbo Visma jersey defending the attack on their Danish comrade.

As they descended one of the slopes, Pogacar and Vingegaard nearly suffered injuries that could have derailed their races. Vingegaard’s chain slipped and his rear wheel flew off the road. But he managed to steady himself and strode on ahead. After a few bends, Pogacar skided as well and stumbled onto the gravel after misjudging it completely. Vingegaard chose to wait for the fallen Pogacar in a show of sporting spirit, giving us an image that will live long for fans. After this, the two decided to call a halt to their hostilities to avoid any further calamity.

The victory on Stage 18 at Hautacam provided the finishing touches to a masterpiece essayed by the Dutch Team. The ever-reliable Wout Van Aert took on the challenge of defeating Pogacar, holding him off for 900 meters and securing the victory for his Danish teammate beyond any reasonable doubt.

Van Aert had a memorable Tour, winning Green Jersey and displaying the full range of talents that have helped him conquer cyclo-cross, sprinting, the Ventoux, and the Classics. Even among Jumbo Visma’s stable of stars, the Belgian has distinguished himself as a supreme athlete who is more than worthy of chasing the Maillot Jaune himself.

In many ways, Van Aert’s Stage 4 win at Calais set the winning template for Jumbo Visma: stellar teamwork coupled with solo brilliance from the lead rider. Other than Vingegaard and Pogacar, he was the most influential rider in the Tour.

Tour de France 2022 witnessed amazing team victory and a new man emerged as a contender against Tadej Pogacar. On the way from the Grand Depart at Copenhagen on July 1 to its conclusion in Paris, fans experienced an unlikely stage victories from the likes of Yves Lampaert and Tom Pidcock and a peloton of riders who all played their part in an entertaining spectacle.

Stage 21 coincided with the Grand Depart of Tour de France Femme hosted for the first time in many years. The vanquished Pogacar will have time to ponder on things that went unfavorably as he watches his fiancee Urska Zigart compete for UCI Women’s World in the Tour. The World No. 1 will tend to his wounds and bounce back as a great rivalry builds between his team and Jumbo Visma.