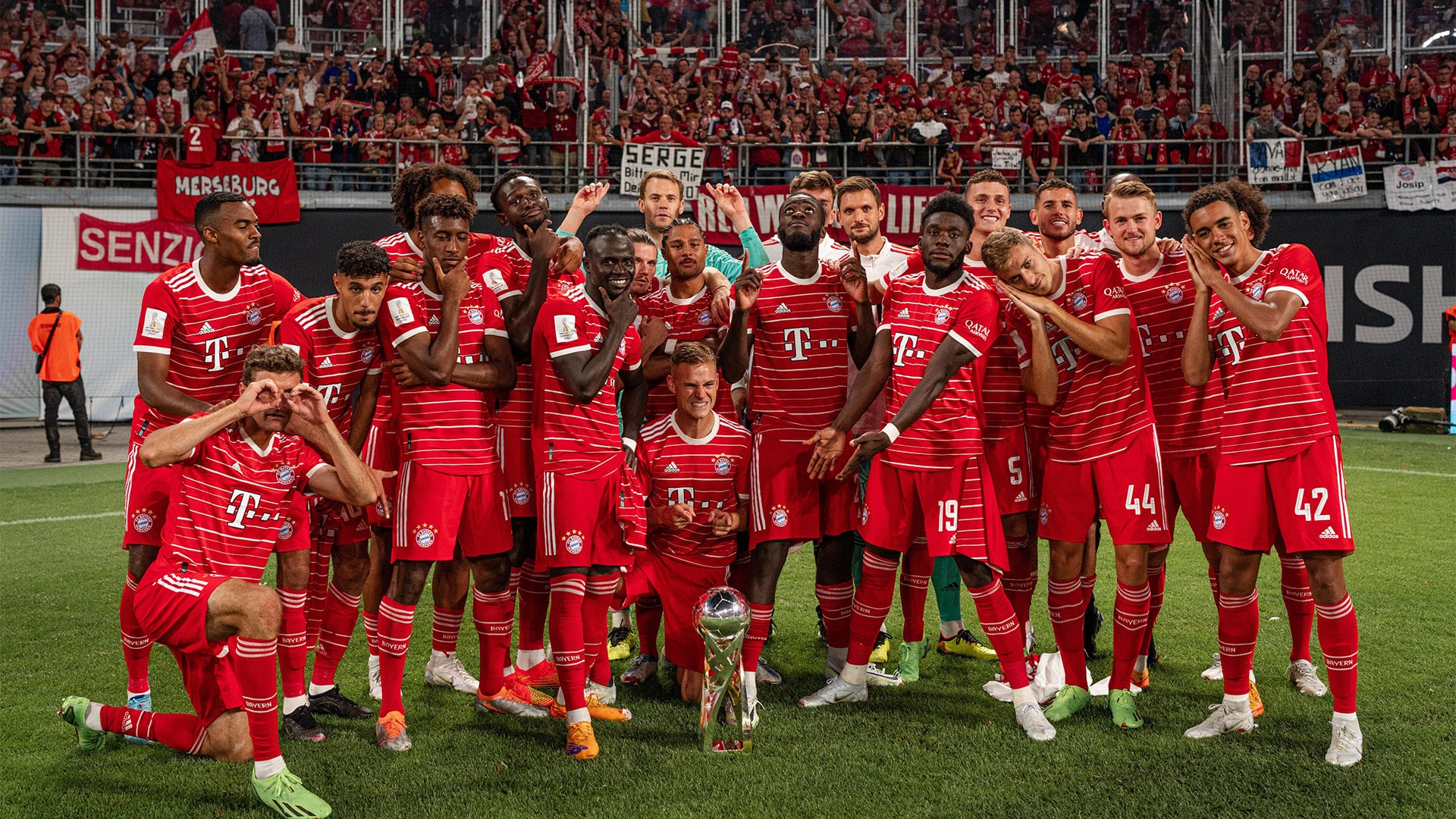 RB Leipzig hosted the 2022 DFL Super Cup at the Red Bull Arena, where they faced off FC Bayern Munich, the reigning German champions. A match between the winners of Germany’s domestic cup competition and league champions from the previous season is played just before the start of the new season. The Pokal (cup) was won by Leipzig while FC Bayern Munich won the league for a record-breaking time.

Before Musiala, the young German who opened the scoring for Bayern Munich from a scrappy set piece routine that the Leipzig players failed to clear and recover from, Sadio Mane, Munich’s new signing, came dangerously close to opening his account for the Bavarians just inside the 10-minute mark.

A few minutes later, Leipzig’s ace attacker Christopher Nkunku equalised for the home team, but the offside rule came in favour of Bayern after a mistake from one of their players. The away team played flawlessly in the first half, with Jamal Musiala again finding Serge Gnabry in the six-yard box with a lovely pass. Gnabry then just needed to put Mane through on goal for a tap-in, giving the former Liverpool player his first official goal for his new team.

When Musiala, who was having a blast in the first half, waved himself inside the box to find Benjamin Pavard, who rifled the ball in to see Bayern up 0-3 within the first 45 minutes itself, Leipzig looked down and out. Even though Leipzig only managed one shot on goal in the first half, the Bavarian defence appeared unheated and collected despite the attack’s all-out assault.

If you were a spectator and tuned in for the next 45 minutes, you would have been astonished because Leipzig almost pulled off the unthinkable, sending out a complete re-energized team after the coach made a lot of substitutions at the 50-minute mark.

Andre Silva, one of the substitutions, made an immediate impact when his header struck the goal post’s frame. As a result of this momentum, Leipzig became a force to be reckoned with for the following 30 minutes. Only three minutes later, Leipzig’s first-half MVP, Halstenberg, went one better to pull his club back into the match, only for Gnabry, who scored off the rebound of a Thomas Muller shot, to restore Bayern’s three-goal lead.

Bayern Munich was on its way to winning a trophy when the Red Bull Arena saw a dramatic finish.

When one of the goal scorers, Benjamin Pavard, clipped Dani Olmo inside the 18-yard box, the referee pointed to the spot and awarded Leipzig a penalty, which Nkunku slammed high into the goal to halve the deficit with 15 minutes remaining in regulation time.

When the coach switched to a defensive stance for the remainder of the game, Matthijs de Ligt made his debut for the Bavarians. De Ligt’s debut in a competitive event did not go well as Silva twisted him around; fortunately for the Dutchman, the forward’s finish in front of the goal was not as effective as the skill was. Although the clock was about to strike 90 minutes, the game and Leipzig still had one minute left when Olmo’s shot flew straight into the net near the first post, and the team from Leipzig were right into it as the score read 3-4 and another 4 minutes of injury time added.

However, Leipzig’s luck ran out when FC Bayern Munich’s late replacement Leroy Sane scored on the break with the game’s final kick to ensure the team’s first trophy this year.

The highlight of the German champions’ 5-3 victory on Saturday was Sadio Mane’s first ever goal, who also won the Super Cup, as they overcame a late scare from RB Leipzig. Even when star forward Robert Lewandowski left for FC Barcelona, Bayern, now vying for an 11th straight Bundesliga crown this season, proved to be a genuine attacking danger, and Mane’s goal ensured they did not have to wait long.

"We did it well in the first half. Leipzig defended deep, and we had a lot of time to build things up," Bayern coach Julian Nagelsmann said. "We allowed only one shot. But in the second half, after an hour, the compactness was not there. In the end, we had to factor in that we would be running a bit out of steam as Leipzig is in preparation a bit longer. We are happy to have defended the title", were the words of a content FC Bayern Munich manager after claiming the first one home.