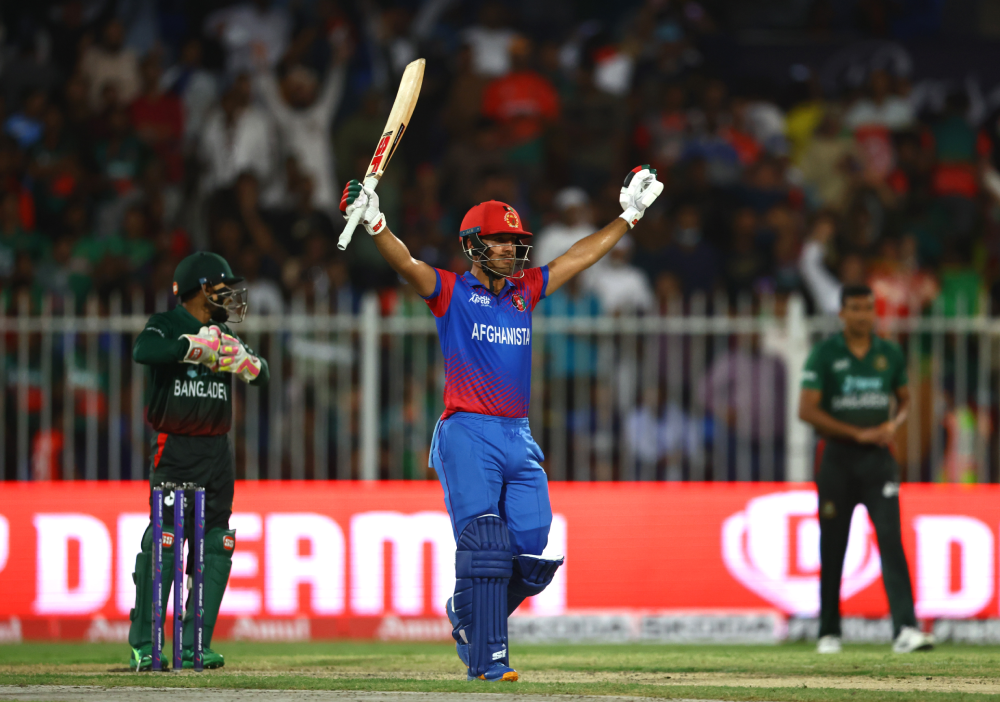 Afghanistan surged imperiously into the next round of the Asia Cup after holding off Bangladesh in a tense seven-wicket victory.

As a result, Afghanistan will finish first in their group, and Bangladesh and Sri Lanka will compete for the final qualifying berth for the next round. Afghanistan gradually stifled Bangladesh's ambitions with both ball and bat, earning them victory. It was a game curiously decided by weak starts for both sides with the bat as Bangladesh were stumbling at 50-4 after the first ten overs. A rallying display from Mosaddek Hossain generated hope, and Bangladesh somehow closed their innings on 127.

Afghanistan seemed unsettled and was somehow veering towards defeat until the Zadran duo took to the crease and stormed their nation past Bangladesh with incredible boundaries. It was a rather anticlimactic conclusion to a tense encounter that Bangladesh was barely holding onto yet somehow found itself in a position of winning.

Victory now leaves Afghanistan licking their lips with confidence going into the next round. They have cemented themselves as a growing dark horse in Asian cricket and topped a group with Sri Lanka and Bangladesh entrenched in those credentials. The inspired batting displays of Ibrahim and NNajibullahZadran demonstrated a calmness under pressure, an ability to survive the storm and emerge from it still in contention.

This was another defeat for Bangladesh, signposted by slow starts with the bat. Shakib al Hasan, making his 100th T20 appearance, has struggled for form and was bowled for just 11. Bangladesh toiled for a combative total against Afghanistan’s dangerous bowlers Rashid Khan and Mujeeb Rahman. After twelve overs, the Tigers were left stranded on 62-5 after being easily dismantled by the pair.

The Tigers displayed fighting spirit through Mosaddek Hossain and Mahmudullah, and their score began climbing. Having been on 89-6 after the 16th over, Bangladesh would have considered themselves more than satisfied to have reached 127. That, however, was contingent on their spin bowlers having the ability to constrict Afghanistan.

For a while, it seemed more than possible. Led by Shakib, Bangladesh were disciplined and left Afghanistan on 48-2 after ten overs. Afghanistan was struggling against the spin as the runs only crawled while the overs seemingly flashed by. Perhaps then, the worst thing for Bangladesh was taking the wickets that brought out the partnership of the Zadran duo. With Afghanistan chasing now with a hint of desperation, they began hunting boundaries with every ball. The 16th over was what swung the pendulum firmly towards them, with multiple sixes scored while Bangladesh conceded cheap runs as their composure waned.

In the end, Afghanistan reached victory with overs to spare. That and it being a seven-wicket victory gives the result an air of superiority that perhaps does not reflect the oppressive tension of the game. But it does now leave Afghanistan relishing meeting Pakistan and India in the next round, having demonstrated the capacity to compete ferociously. For Bangladesh, this result confirms a concerning trend of starting slowly and relying on the middle order to restore some hope. The absence of Liton Das was deafening as they struggled for runs against the Afghans, and the likelihood is these patterns are unlikely to change decisively enough for the critical game with Sri Lanka.

Afghanistan has maintained its excellent Asia Cup start, therefore, there are no such concerns.