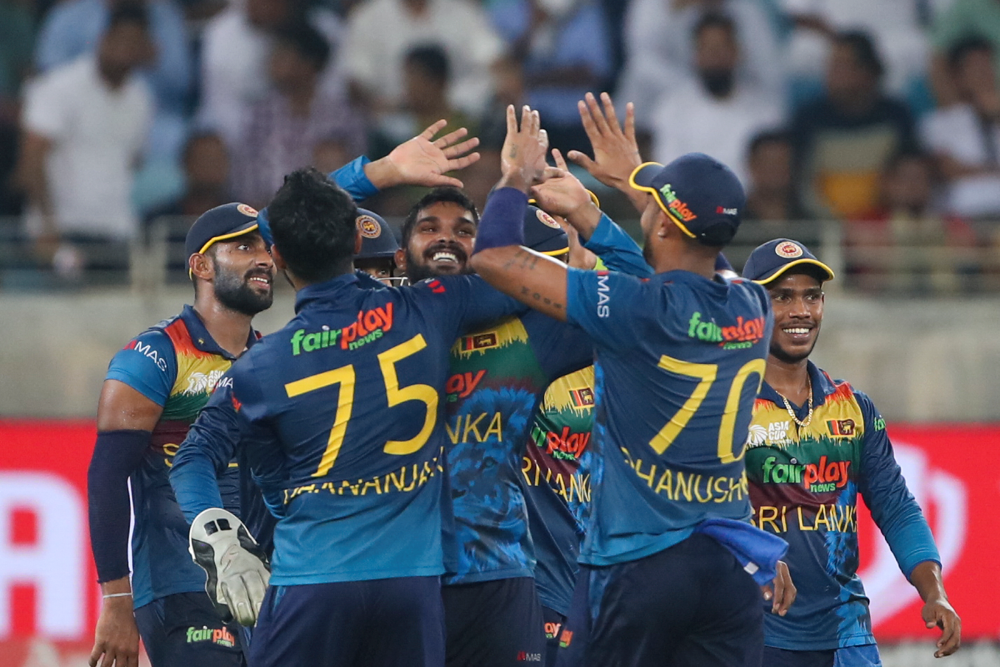 An enthralling and unforgettable Asia Cup finished with style as the sleeping giants Sri Lanka awoke once more to claim the title for the sixth time. It was a tournament that began in turbulence but ended in triumph for the Sri Lankan team – a fitting reward for a team dismissed sneeringly for supposedly having no world-class players.

What they certainly do have is heart and grit in abundance. This was a tournament in which every defeat was fraught with the danger of being knocked out. Sri Lanka was never safe, and it felt as though every ball of every over was laced with that urgency. There was not a match in which they seemed secure. They were always behind, always chasing. This was the tale of the tournament. Big totals posted. Big efforts were asked of Sri Lanka. And they delivered. One by one, the rest of Asia fell against Sri Lanka’s indomitable refusal to accept any prescribed narratives of how the tournament was supposed to be. The world wanted a final between India and Pakistan, did they? Well, Sri Lanka had other ideas.

Sri Lanka is a historic heavyweight. But a cricketing nation thought to have entered its twilight years of mediocrity. They have spent the last few years unimpressively languishing near the bottom half of the top ten rankings, rarely making a dent in tournaments, every victory against a big team now a surprise rather than a routine.

The thought going into the 2022 Asia Cup was never about them. The cricketing world was fascinated by the possibility of a trinity of clashes between India and Pakistan. The five-time winners, Sri Lanka, were an afterthought. There was a possibility they would not make it to the Super Four round. Afghanistan was dangerous, and their rivalry with Bangladesh was a recipe for the unknown. Not exactly a roster of players with a world-class pedigree led Sri Lanka.

The opening defeat to Afghanistan seemingly confirmed that. Sri Lanka was never in the game, and the focus then was not about them but how impressive the Afghans had been in the tournament. Sri Lanka was rattled, and up next was Bangladesh, with whom they were developing a ferocious rivalry synthesised by contentious matches shared in 2018.

This was arguably the ultimate match of the tournament, and there were plenty of contenders for such a claim. Bangladesh posted a mammoth score of 183, their highest total in a T20 match. The odds were against Sri Lanka, but there was one fundamental issue for the Tigers. Their previous record in a T20 was in the T20 World Cup 2021.

The opponents that day- Sri Lanka. The result- Sri Lanka chasing it down. Regardless of the plot twists and the suspense, the story heeded the same chapter. Sri Lanka chased it down. Bangladesh was out, and Sri Lanka was through.

It was an epic battle reflective of their limited ambitions in the Asia Cup. Sri Lanka was dragged into the deepest depths of hell by Bangladesh. What would they do against better opponents?

The answer was a win-win convincingly. They exacted revenge on Afghanistan with a mature victory that displayed lessons learned from the first time. Then came the big two, and Sri Lanka rolled them aside to make the final. Their defeat of India effectively sent Rohit Sharma’s men out while they flattened a lacklustre Pakistan to reach the final, where the two would again meet.

The suspicion was perhaps that a more motivated Pakistan side would appear. For a while, that seemed likely. Sri Lanka was put into bat first, no longer the chasers, and was left at 58-5. But the steely spine that propelled Sri Lanka to the final kept them battling.

With the bat, there were inspired performances from key individuals across the tournament. Kusal Mendis might have ended the Asia Cup disappointingly. But it was his superb batting that kept Sri Lanka alive with fantastic innings against Bangladesh, Afghanistan and India. Then there was the effort of Bhanuka Rajapaksa, who, with 71 off 45 balls, pulled Sri Lanka back from the brink of defeat in the final when it appeared like the Lions would be easily subdued.

This was a momentous occasion for an unfancied team. The turmoil at home only reinforces the sense of triumph amidst adversity. No one expected them to have reached the final. But for a team derided for having no world-class bowlers, they rose to the occasion each time and flattened their opponents. One by one, Bangladesh, Afghanistan, India and Pakistan were rolled aside by the unstoppable tide of momentum that Sri Lanka was able to create.

They were chasing throughout the tournament, but that is where they wanted to be as the underdogs.

No one saw them coming because everyone’s eyes were on India and Pakistan. But they’ll learn how to never write off Sri Lanka.