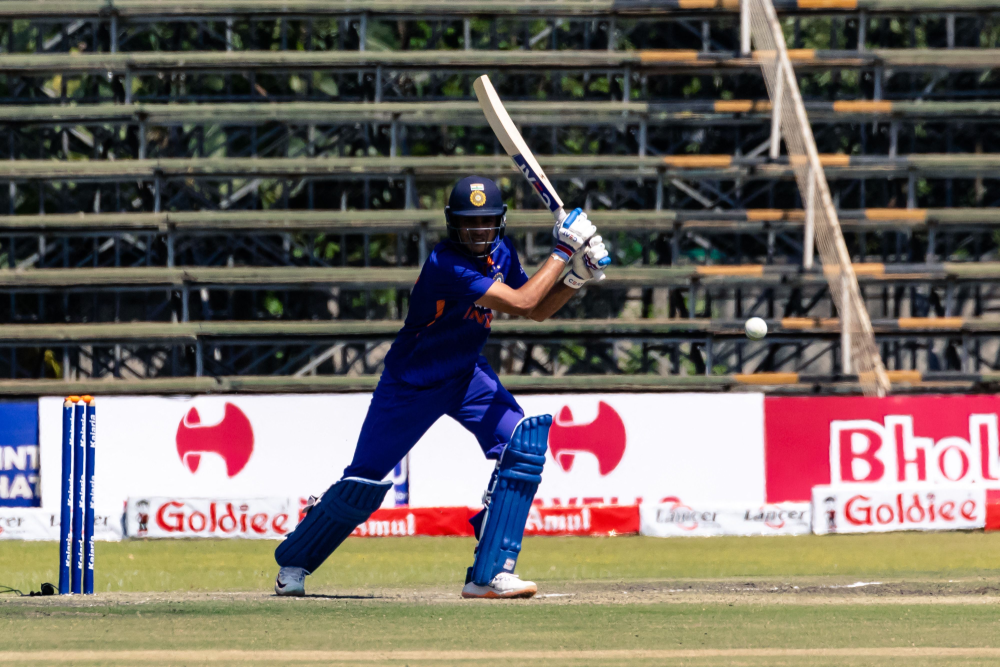 
India faced a cricket rookie in Hong Kong after defeating their arch-rivals, Pakistan, in their initial match. India trounced Pakistan on the first day with ease and with five wickets in hand, displaying a commanding performance.

Hong Kong came the next three days later. The opposition won the toss and requested that India bat first. With the squad coming off of a win, there was one alternation in the starting eleven as Rishabh Pant took the place of Hardik Pandya. Hardik Pandya had performed heroically against Pakistan.

India's innings got off to a rocky start as both of its openers took some time to adjust before exploding against a rookie Hong Kong bowling lineup. Before being ruled out in the fifth over of the match, when the score was approaching 40, the captain, RG Sharma, was beginning to reveal his true colours. He was the first one to walk toward the dugout. Rahul struggled to connect with the ball and was toiling to generate momentum owing to a lack of game time and poor form as he was the second wicket to fall when the score was just below 100. KL Rahul and Virat Kohli stabilised the ship and created a powerful combination.

In the shortest format of the game, India’s best middle order player and a superb hitter entered the fray. Virat Kohli, who watched from the other end, elected to assume the anchor position as Suryakumar Yadav took centre stage and began his firepower and fireworks. With the world cup approaching, Virat reached his 31st half-century in T20I for the country. These innings would have been very helpful to him as he attempts to rediscover his mojo and resume producing like the good old days.

Surya, on the other hand, didn’t stop at all and continued to strike the ball as it came in, right, left, and centre. If Kohli’s innings was anchored, Surya’s was the exact opposite, blasting a quickfire 50 to lift his team above par following his 26 runs in the Indian innings’ penultimate over, which brought the total to 192 and set a challenging goal for an amateur opposition in Hong Kong. A total that did not seem to be set after what was a slow start was made possible by the heroics of Surya.

Hong Kong entered the game to bat in the second inning and attempt to reach what appeared to be an impossible goal given their line-up. They needed a good start to making their case, but that wasn’t the case in reality. Contrary to everyone’s expectations, Hong Kong quickly began to fall apart, and the first player went out just as the second over came to an end. To make matters worse, the Hong Kong skipper was adjudged run-out after a bullet throw by India’s best fielder, Ravindra Jadeja, hit the stumps, and the batter was well short of the crease.

For a time, Hayat’s power-hitting was fascinating. But no one could assist him as wickets continued to fall at the other end, and, to no one’s surprise, the influential Indian bowling eventually prevailed. Hong Kong sorely needed a partnership to go after a huge score, but the Indians never really let them settle down, thus their efforts were in vain.

The Hong Kong innings were perceived by the spectators as a stat-pad session when the hitters entered to have fun, and it was clear to see when Avesh Khan was pummelling for 21 or so runs at the end of the innings as victory was already assured in the match’s 18th over. Suryakumar Yadav’s achievements with the bat in the first innings earned him the title of Man of the Match, which he rightly received.

As predicted, India easily defeated the opposition by a score of up to 40 runs, advancing to the Asia Cup’s last four, where they will attempt to win the competition for a record eighth time and continue their reign of dominance from previous years.

The rivalry between India and Pakistan will continue in the Asia Cup super-four game if Pakistan defeats Hong Kong in their match. This would be compelling news for fans of both sides.