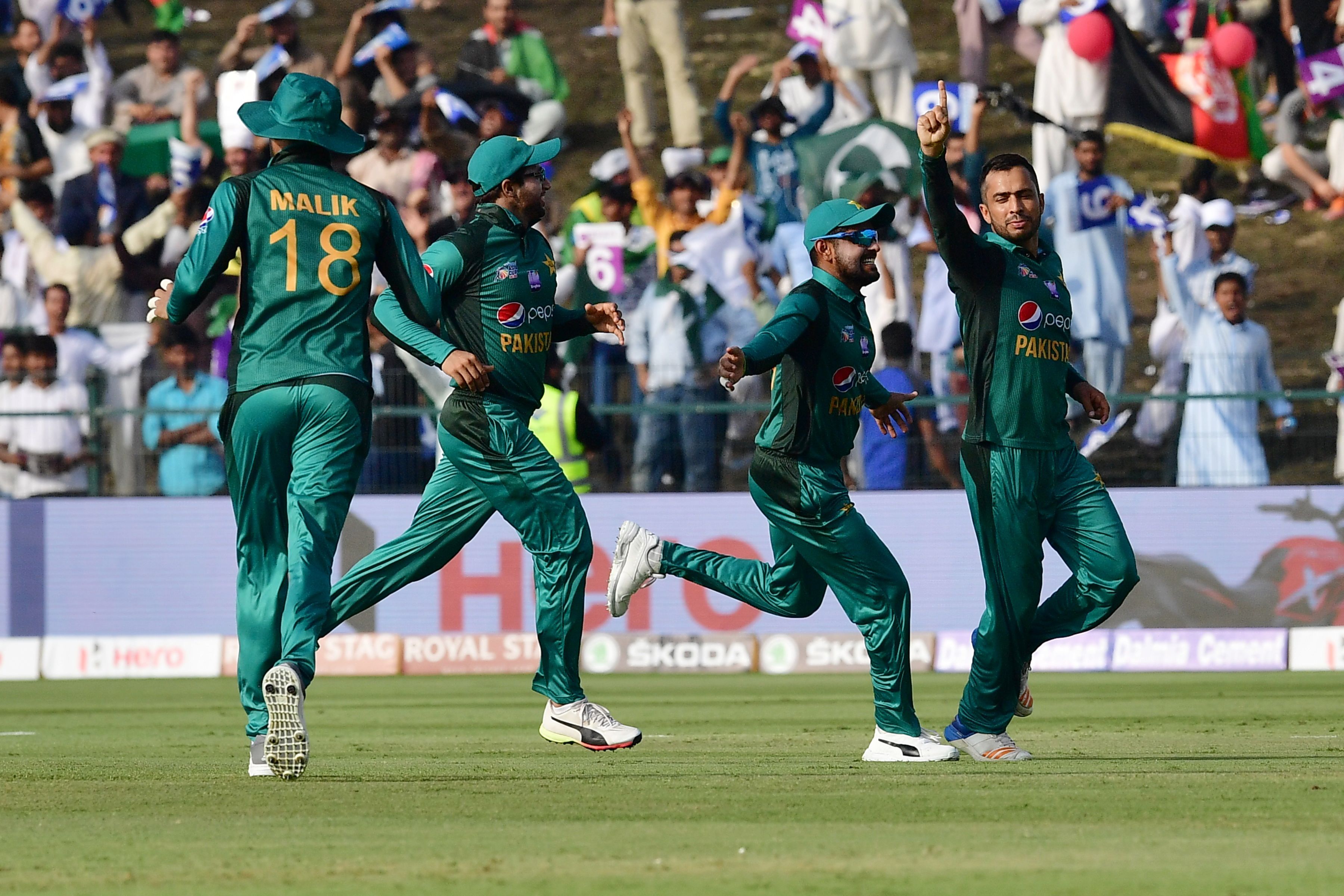 
In a match, which saw a variety of see-saw moments, Pakistan’s No.10 batsmen Naseem Shah hit two sixes in the last over to take Pakistan over the finish line in a close low-scoring thriller. It was a match of much importance as both India’s and Afghanistan’s hopes to reach the final lay on Afghan shoulders.

Pakistan won the toss and put Afghanistan into bat. They got off to a flying start with 16 runs coming off the 2nd over of Mohammad Hasnain, with both the sixes coming off the bat of Rahmanullah Gurbaz. With a score of 36, Haris Rauf took the first wicket in the fourth over. The other opener, Hazratullah Zazai, was taken out by Hasnain for a total of 21. In the last seconds of the power play, Afghanistan had 48.

Then Karim Janat and Ibrahim Zadran put on a partnership of 35 runs in 39 balls before Mohammad Nawaz got the wicket of Janat with a score of 78. The new batsman Najibullah Zadran too lost his wicket a couple of overs after that, trying to improve the scoring rate. The Afghans reached the 100-mark in the 15th over with a six from Ibrahim Zadran.

Afghanistan failed to score freely in the last four overs, with only 25 runs coming off them. The Afghan batsmen failed to connect the ball properly and struggled with timing the big shots. Their superstar allrounder Rashid Khan hit a couple of boundaries in the final over to give Pakistan a target of 130 to chase.

Pakistan failed to get a quick start on the slow pitch, losing the wicket of skipper Babar Azam in the first over to seamer Fazalhaq Farooqi. The other opener Mohammad Rizwan hit a couple of boundaries in the 3rd over, but Fakhar Zaman ran out on the first ball of the next over. Pakistan reached 35 for the loss of 2 wickets at the end of the powerplay. The Afghan spinners – Muzeeb Ur Rahman and Rashid Khan– put the screws on the scoring with tight bowling in the middle overs. Rashid got the wicket of Rizwan in the 9th trapping him LBW.

Shadab Khan hit Afghan captain Mohammad Nabi for a six and a four in the 12th over to put the run chase back on track. He hit another huge six of Muzeeb, who finished with a miserly spell of 4-0-12-0. The next few overs were tight, with Pakistan needing 45 runs off the last five overs. Fareed Ahmed next got the wicket of Iftikhar Ahmed, who was well settled, scoring 30 runs off 33 balls.

Rashid Khan bowled his final over with Pakistan needing 39 off 24 balls. Shadab Khan swept him over square leg for six off the first ball but lost his wicket the next ball trying to hit too long off but nicking it to short third man. Asif Ali hit a slog sweep the next ball for a six, and Rashid finished his spell with figures 4 for 25.

Fazalhaq Farooqi brought Afghanistan back into the game by dismissing Nawaz and Khushdil Shah in the 18th over and left Pakistan needing 21 runs in the final two overs. Asif Ali, at the crease, hit a massive six-over wide long-on to take the equation to 12 runs needed off eight balls. But Fareed Ahmed got him out the next ball with a slow bouncer hitting it to the short third leg. It sparked massive celebrations in the Afghan camp, with Fareed celebrating Asif’s wicket in front of his face. It led to ugly scenes with the players almost getting into a fistfight and pushing and shoving each other before getting separated.


Pakistan needed 11 runs off the final six balls, and Fazalhaq Farooqi came to bowl with Naseem Shah on strike. The first ball was a missed yorker which Naseem deposited into the stands at long off. With 5 needed off 5, Farooqi tried another yorker, and Naseem hit it over the long off boundary to went off to celebrate, throwing his bat and gloves to the ground while being mobbed by his jubilant teammates.

Pakistan will join Sri Lanka in the finals of DP ASIA CUP 2022, to be played at Sharjah on Sunday, September 11th.