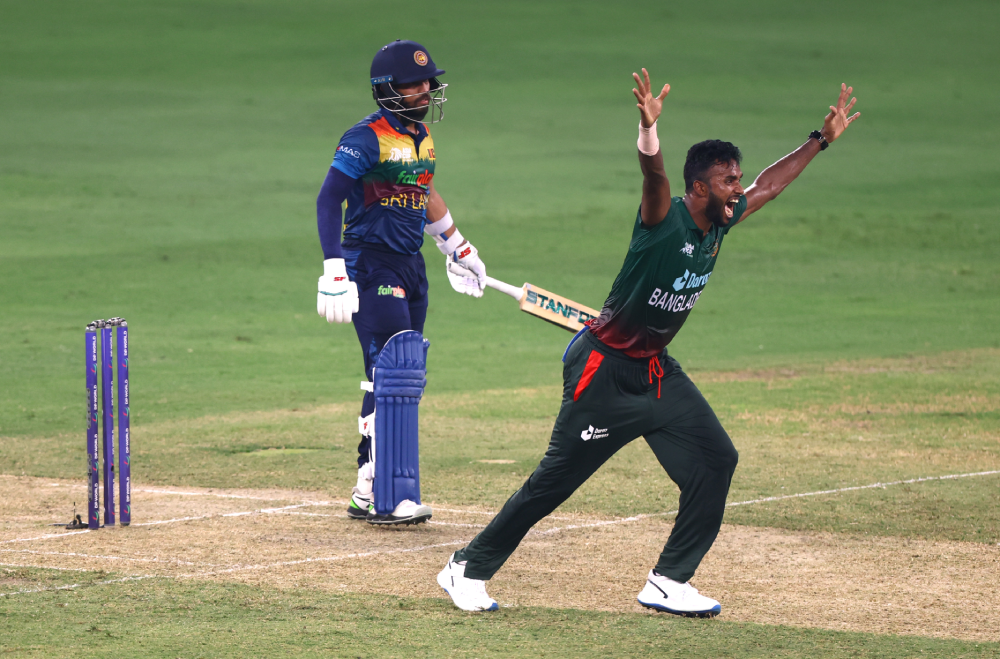 Sri Lanka staged an incredible chase to beat Bangladesh by two wickets in the last over in an enthralling match that sent them through to the Super Four of the Asia Cup and Bangladesh out.

The Tigers posted a mammoth 183 that left them in a seemingly strong position to reach the next round of the Asia Cup. But Sri Lanka, owing to a couple of stellar performances of key players, somehow rose from the ruins to maintain their unlikely hopes of winning the Asia Cup for the sixth time. It was a match that served as the latest chapter in a growing South Asian rivalry that began four years ago, culminating in the door of a dressing room being broken. It did not end here, but Sri Lanka claimed a decisive blow.

The victory was essentially a repeat of their T20 World Cup encounter in 2021 when Sri Lanka chased down another gigantic inning from Bangladesh. For long spells of this match, they seemed unable to reel Bangladesh in until the game reached the closing stages when they flickered into life, and Bangladesh’s discipline evaporated.

The second round now awaits Sri Lanka, and though the evidence so far suggests they will not go further than that, this was a victory that spoke to their spirit. For Bangladesh, having reached the final of three of the four previous Asia Cups, exiting like this will simply spark inquests back home about why this team repeatedly implodes when under pressure. Although there were some polished performances with the bat from certain players, inconsistency when bowling saw them give away both games to Afghanistan and Sri Lanka. The margins are adequate that had one over not been costly in both games, it’s Bangladesh who would be topping the group.

As it is, they depart as toothless tigers tamed by their mental indiscipline. The defeat is worsened by the pre-match verbal jousting between the two teams in which Bangladesh dismissed Sri Lanka’s bowling unit and claimed they were the favourites. This has turned into a conflict between Sri Lanka's deeds and Bangladesh's rhetoric since Sri Lanka lost the World Cup in 2021.

Sri Lanka won the toss and put Bangladesh first. Afflicted with a recent inability to start well, Bangladesh flew out of the blocks and began piling on a rugged score. The performance of Mehidy Hasan was particularly delightful as he smashed 38 off 26 balls. Bangladesh was going strong and had scored 87/4 in the 10th over. Mushfiqur and Shakib fell, but it seemed not decisive enough at first. An incredible partnership between Afif Hossain and Mahmudullah took Bangladesh to 144-5 and put them firmly in sight of a big score.

Sri Lanka stayed alive in the contest, but for a while, the pre-match talk of them not having a world-class bowler seemed accurate as Bangladesh cut through them.

With a target of 184, Sri Lanka made a fast start, and their first wicket fell, leaving them 45-1 after just five overs. Bangladesh’s incohesive bowling led to a concession of boundaries, but Sri Lanka was fortunate that at least three of their batters turned up on the day. Panthum Nissanka hit 20 off 19 balls and got them going, but Dasun Shanaka’s 45 and Kusal Mendis’ 60 propelled them to victory. Timely boundaries kept Sri Lanka in contention as they chased desperately.

Bangladesh appeared to have suffocated the game for a spell as the runs dragged, but the overs accelerated. Mendis introduced life with his shot selection, but he fell with more than five overs to go, and Sri Lanka is still well behind on the score. That they got there spoke to a familiar tale for Bangladesh. The Tigers did not tighten up their bowling but conceded wides and no-balls, and each boundary became a fatal claw slashing at their aspirations of the next round.

Perhaps emblematic of it all was the final ball that confirmed Sri Lanka’s victory. A no-ball. Two runs were given without any requirement on their part. It said everything about their opponents. Sri Lanka marched on. Bangladesh limps out.