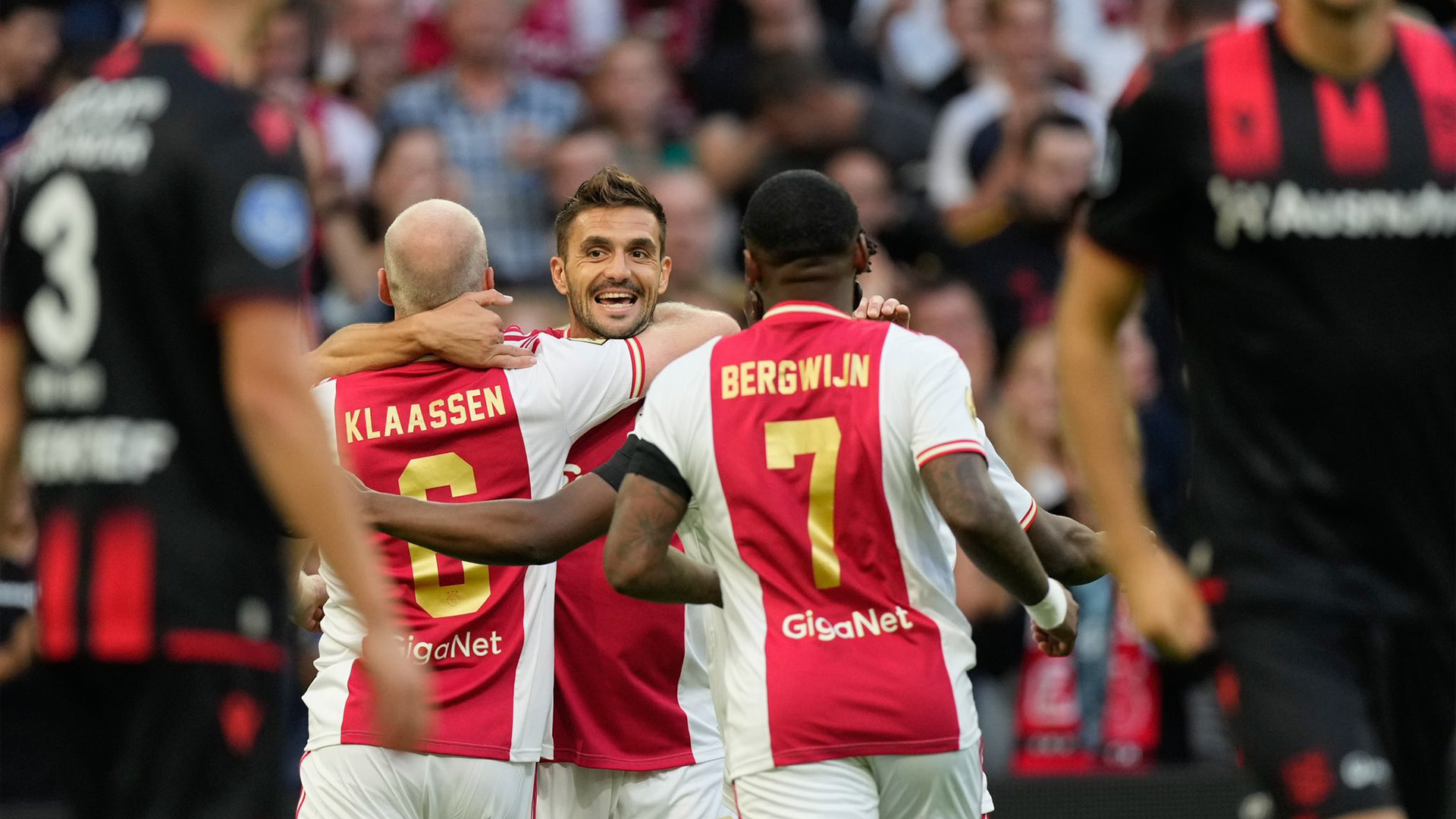 After a 5-0 demolition of Heerenveen on Saturday, Ajax maintained its unblemished record in the Eredivisie. This marked 530 minutes since Alfred Schreuder's team last gave up in the league or Europe, and it also handed Kees van Wonderen's team its first loss of the season.

Davy Klaassen got the scoring underway before Kenneth Taylor and Brian Brobbey scored either side of a Mohammed Kudus brace to round off another good day at the office for the Amsterdamers.

Ajax flew out the gates and were ahead after just four minutes, as Devyne Rensch broke down the right and played the ball inside to Mohammed Kudus, who found Dusan Tadic in space inside the Heerenveen box. The Serb cut back inside, onto his left foot and lofted a delicately floated ball into Davy Klaassen, who had the easiest task to head home beyond a stranded Andries Noppert in the visitor's goal.

It was soon two with Tadic once again the provider with a clever free-kick, squaring a ball he looked destined to cross towards Kenneth Taylor, with the 20-year-old curling an excellent left-footed effort in from the edge of the area. Heerenveen had barely laid a glove on the home side but found themselves within touching distance of getting back into the contest as a long ball down the middle beat the Ajax offside trap to send Alex Timossi Andersson through.

But Remko Pasveer stood up big to deny the forward whose tame chip was not one thing nor the other. With their visitors growing in confidence, Ajax knew daylight was required between the sides to put the game to bed, and they very nearly found it when one long Pasveer kick found the chest of Steven Bergwijn.

The former Tottenham man brought it down expertly on the edge of the Heerenveen box before getting a snapshot away. But Noppart reacted well and got down to make the save, with Joost van Anken racing in first to turn the rebound behind. The visiting team was holding their own in the middle of the field despite their defensive troubles, and in the closing seconds of the half, Tom Haye tried to make another break.

But Edson Lázarez ruthlessly pulled him down, first with a shirt pull and then with a vicious scissor tackle from behind. Heerenveen's rage was then increased when he petulantly kicked the ball away. Through a combination of cynical actions, the Mexican could perhaps count himself lucky to have seen only a yellow card.

Despite a brief renaissance at the end of the half, De Superfriezen saw their chances of getting back into the game dashed just three minutes into the second period, as a Tadic corner caused chaos and as the ball bobbled around the box, Kudus swung a leg at it and turned the ball home.

While he was on the verge of leaving the Johan Cruyff Arena in the summer for Everton, the former Nordsjalland man now has four goals from just seven-and-a-half games this season, with his fifth arriving shortly after. Just ten minutes later, an inch-perfect Edson Álvarez pass split the away defence and put Jorge Sánchez through down the right, who had the simple task of squaring for Kudus to tap into an empty net.

It was nearly the match ball for the on-fire African just moments later when Tadic picked him out at the far post with his usual pinpoint accuracy, but on this occasion, the 22-year-old blazed his effort high over the bar.

While he failed to complete his hat-trick, Tadic did manage to round one off one of his own. Sliding a ball through for substitute Brian Brobbey to bear down on goal and slot the ball into the bottom right corner with consummate ease to cap a five-star performance for a record-breaking Dutch Champions and earn Tadic his third assist of the game.

The results keep Ajax at the summit of the Eredivisie and one of only three teams in UEFA's top seven leagues to have won every game this term, along with Real Madrid and Benfica while the heavy defeat leaves Heerenveen in sixth after a solid start to the campaign.