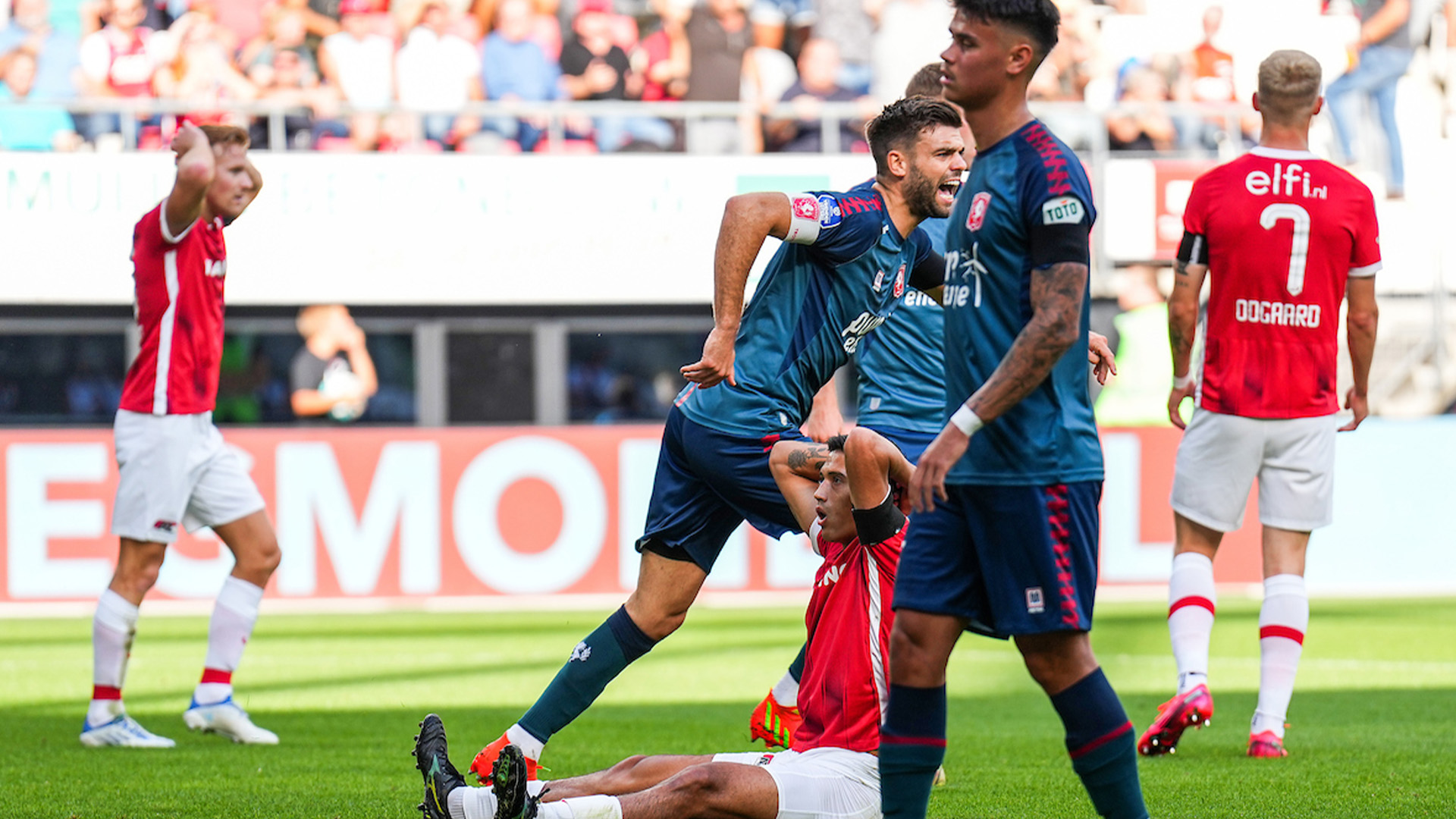 
On the sixth match day of the Dutch Eredivisie, AZ Alkmaar welcomed Twente in a clash between two teams with similar performance levels so far this season. The game was tightly contested and eventually ended in a draw, which was a fair result for both sides.

Head Coach of the home side, Pascal Jansen, had to battle with the three injury-enforced absences, with Jesper Karlsson and summer signings Reichedly Bazoer and Zinho Vanheusden also unavailable through injury. AZ Alkmaar came into the game reasonably confident, having secured a dominant three-nil victory away to Emmen and come up top in the last meeting between the sides with one nil away win.

Twente, for their part, also had reason to be optimistic, having claimed a hugely impressive 2:1 home win over PSV Eindhoven on the previous match day. Head coach Ron Jans was hoping his side replicates that performance, perhaps spurred on by Václav Cerny, their top goal scorer for this season with four goals in five games.

The home team lined up in a 4-2-3-1 formation, while Twente held a slightly different 4-3-3. The interaction of these systems made for a very tight encounter across all metrics. The match began with both sides testing each other’s shape, and both teams found few openings and created very little in the way of goal-mouth action; as it turned out, the home side, AZ Alkmaar, favoured a more reactive attacking approach.

They chose to relinquish possession, having just over 48% of the ball over the ninety minutes. Instead, they decided to depend on breaking up play through hard tackling, launching long balls  and then winning the loose balls from which they would then launch their attacks. This is supported by the statistics, which show that the home team made 23 tackles overall to Twente's 17, but perhaps more telling is the fact that they won 15 aerial duels to Twente's six. This played a significant role in their strategy. Wit on the left flank was the main conduit for AZ's wing assaults during established attacking stages since his dribbling was crucial in advancing the ball.

Twente, for their part, had slightly less emphasis on playing off of long balls but built their attacks through the left flank as well, where they tried to make use of Tzolis to attack the opponent; as it turned out, they were reduced to taking long shots from outside the box. They completed fewer than 80% of their passes, even though they had greater possession of the ball (just over 53%). And they struggled to withstand the pressure from the opposition (losing the ball a total of 13 times over 90 minutes), which kept them from continuously posing a danger to the home team. The first half ended with no side having gotten the upper hand, though injuries had enforced substitutions for both coaches.

The second half provided more excitement in front of both goals. All game long, AZ Alkmaar had prioritised set pieces as vital attacking opportunities. This was aided by the fact that Twente kept on giving away fouls close to their eighteen-yard box. The statistics support this emphasis on set pieces; of AZ's twelve total shots over the whole game, only five were from open play, and the remaining eight came from set pieces. It was only fitting then that their only goal should come from a secondary set-piece situation. In the fifty-fourth minute, Rejinders played in an out-swinging corner, which Twente failed to clear properly. Rejinders had time and room to collect the ball after Odgaard had gathered it, and the midfielder had time and space to cross again. Odgaard controlled the ball after a shoddy clearing on the edge of the box before firing home the shot, leaving Unnerstall stranded in goal.

Pushing for an equaliser, Twente coach Ron Jans made changes, bringing on Ugalde for top scorer Cerny. The substitution proved inspired as his team were rewarded for their efforts late in the 81st minute through their  wing play. After exchanging passes with a teammate, Tzolis breezed past Clasie on the left-hand side and fired a low cross into the box. Right back, Joshua Brenet showed some fancy footwork to find Ugalde amid red shirts who moved to create space before shooting past Verhulst.

The result ensures that AZ Alkmaar maintains their unbeaten  start to the season so far while remaining in 4th, four points behind league leaders Ajax after six games. Twente also maintains their position in 5th with thirteen points from their first six games.