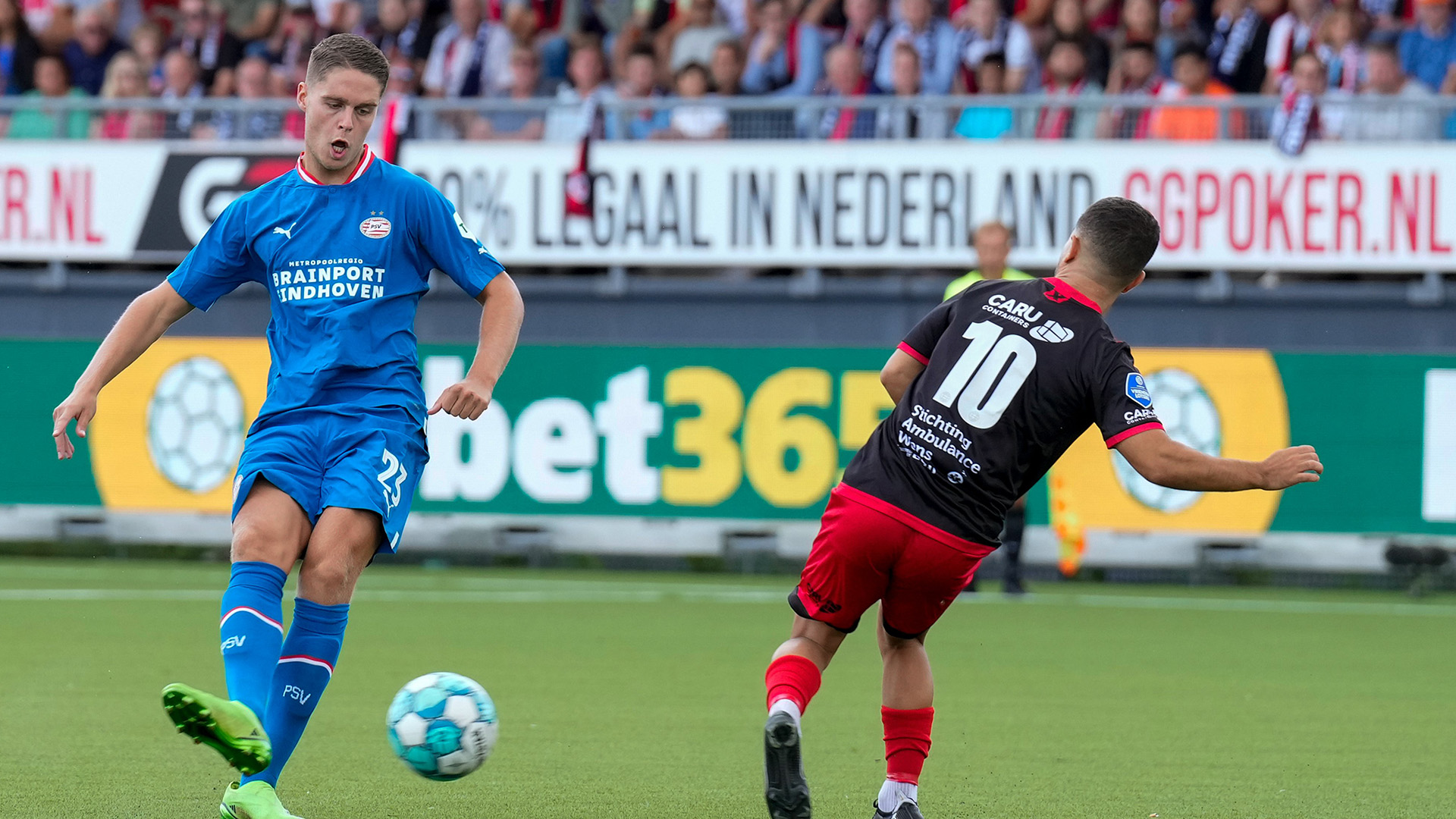 
It was six of the best from Ruud van Nistelrooy’s PSV on the weekend, as the title challengers swatted aside a helpless Excelsior side at the Van Donge and De Roo Stadion on Sunday afternoon.


Goals from Joey Veerman, Ibrahim Sangaré, Xavi Simons and Cody Gakpo sealed a comprehensive win for The Lampen as they bounced back from the Champions League heartbreak of Wednesday night.


It took just two minutes for the visitors to take the lead as Excelsior failed to clear a Cody Gakpo corner which Joey Veerman fired back in with interest, arrowing his shot into the bottom right corner.


The same formula worked again for Eindhoven as skipper Gakpo whipped in another corner from the right. But this time, Ibrahim Sangaré met it with venom to send a crashing header past Stijn van Gassel before he could even move.


Having held a supporting role in the opening two goals, Gakpo fancied getting in on the act himself. But after skipping beyond Siebe Horemans, his curling effort could only find the post before the home side cleared to safety.


The captain soon returned to provider, though, as he skinned Couhaib Driouech down the left and chipped an inviting ball towards Sangaré, who expertly volleyed home to put PSV three up just before the break.


Simons says he wants some of the action


After the break, things only got worse for the home team, as Redouan El Yaakoubi's careless clearance went to Erick Gutiérrez, who set up Xavi Simons to score his third goal in as many games.


Gakpo would eventually get himself on the scoresheet three minutes later, as Philipp Max ploughed down the left to cut back for his skipper, whose first shot was blocked, but the 23-year-old wasn’t to be denied this time and forced his rebound home.


Excelsior did, to their credit, keep going and would eventually get the consolation their efforts deserved just over 15 minutes from time, with Horemans heading home a Julian Baas corner to reduce the arrears


The comeback to end all comebacks wouldn’t materialise, however, but instead, PSV would extend their lead a little over ten minutes later through Simons.


With the Excelsior defence all at sea, the former PSG man was slid through by Sávio with half the pitch to himself before cooly slotting away to notch his second consecutive brace.


The romp puts PSV third and perfects with nine points from nine and a league-high plus eleven goals difference, while Excelsior drops to 7th after suffering their first defeat of the season.

DP Asia Cup 2022 India vs Pakistan: Pandya finishes off in style for a thrilling win