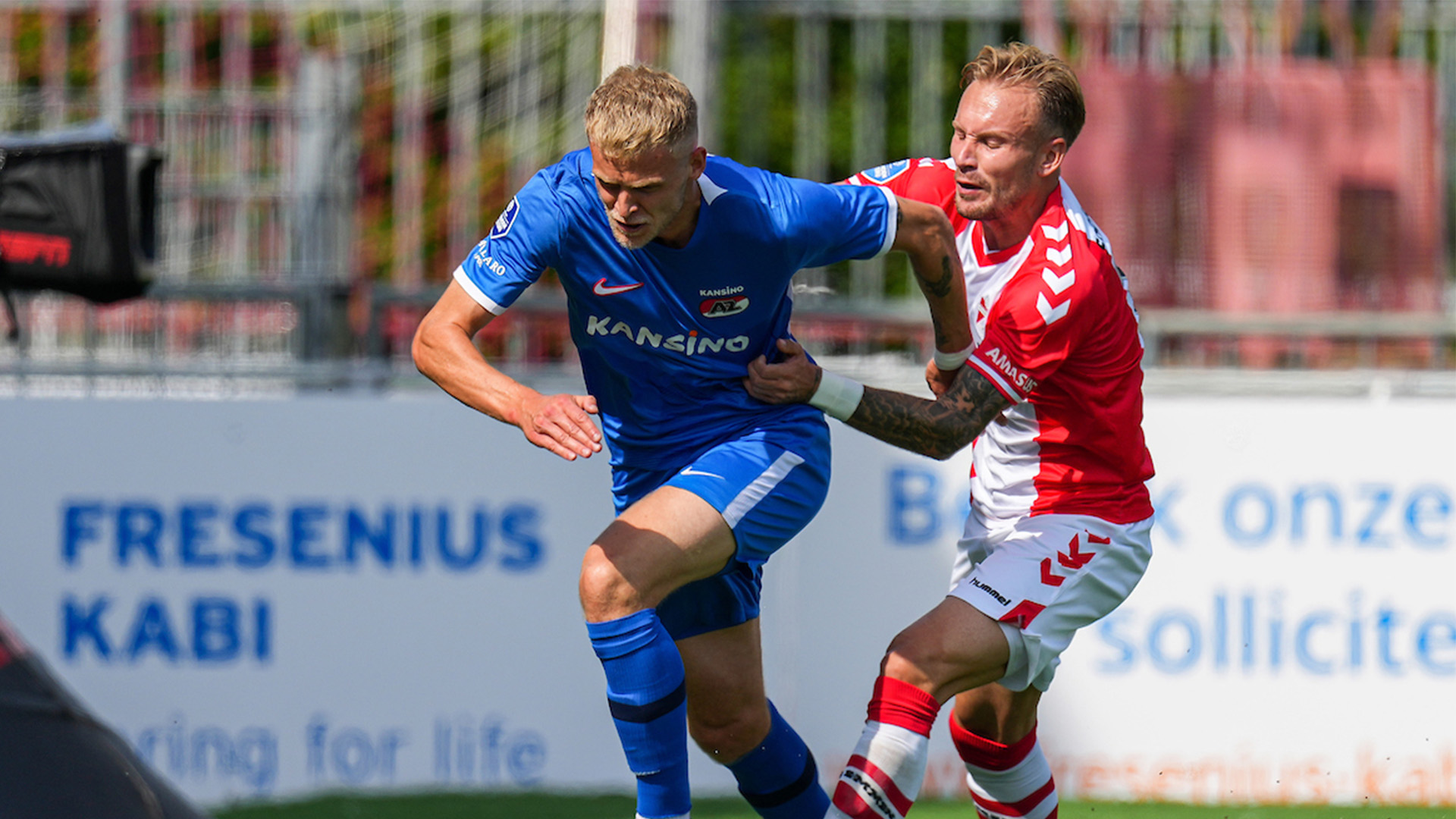 
Three first-half goals guided AZ on their way to an easy victory over Emmen, with strikes from Jens Odgaard, Dani de Wit and Tijjani Reijnders putting the game beyond the home side before the interval.


Too AZ-y for the visitor


AZ enjoyed the better of the opening exchanges and took the lead in the 21st minute when former Southampton midfielder Jordy Clasie threaded through a delicious pass to Jens Odgaard, who took a touch before flashing the ball beyond Eric Oelschlagel in the home goal. Odgaard was soon involved again as AZ doubled their lead in just over five minutes. Dane fired in an effort from a tight angle which was pushed out by Oelschlägel straight to the feet of Dani de Wit, who tucked home the rebound. It was soon to be three when Odgaard flicked on a cross from the left, which was recovered by Hakon Evjen, who laid the ball off to Tijjani Reijnders on the edge of the box. The 24-year-old teed himself up before firing home an effort into the bottom left corner, which left the ‘keeper motionless.


The lacklustre second half sees the game out for AZ


It was more of the same at the start of the second half with Odegaard again at the heart of it, as Reijnders won a crunching tackle in the middle of the park before setting Myron van Brederode away down the left. The teenager drove into the box before squaring the ball to an unarmed Odgaard. But the usually deadly Dane fluffed his lines and skied his effort well over the bar. Down the other end, Ellen wasted their first chance of note when Rui Mendes laid the ball off to Ole Romney on the edge of the area, but the ball bobbled as it reached the Dutchman as he skied his effort well over the bar. Odgaard would come closer with his next efforts, though, as he flashed a thirty-yard free-kick towards goal, but it came crashing off the top of the crossbar. Emmen - who mustered just two shots on target throughout the contest - almost reduced the arrears in the dying embers as Fernando Pacheco latched onto a deep cross and looked confident to goal. However, the Peruvian made a terrible contact, and instead of sending the ball into the goal, he sent it over its face. The result takes AZ to third and continues their unbeaten run, while Emmen fall to 15th following a second straight defeat and have won just once so far this term.