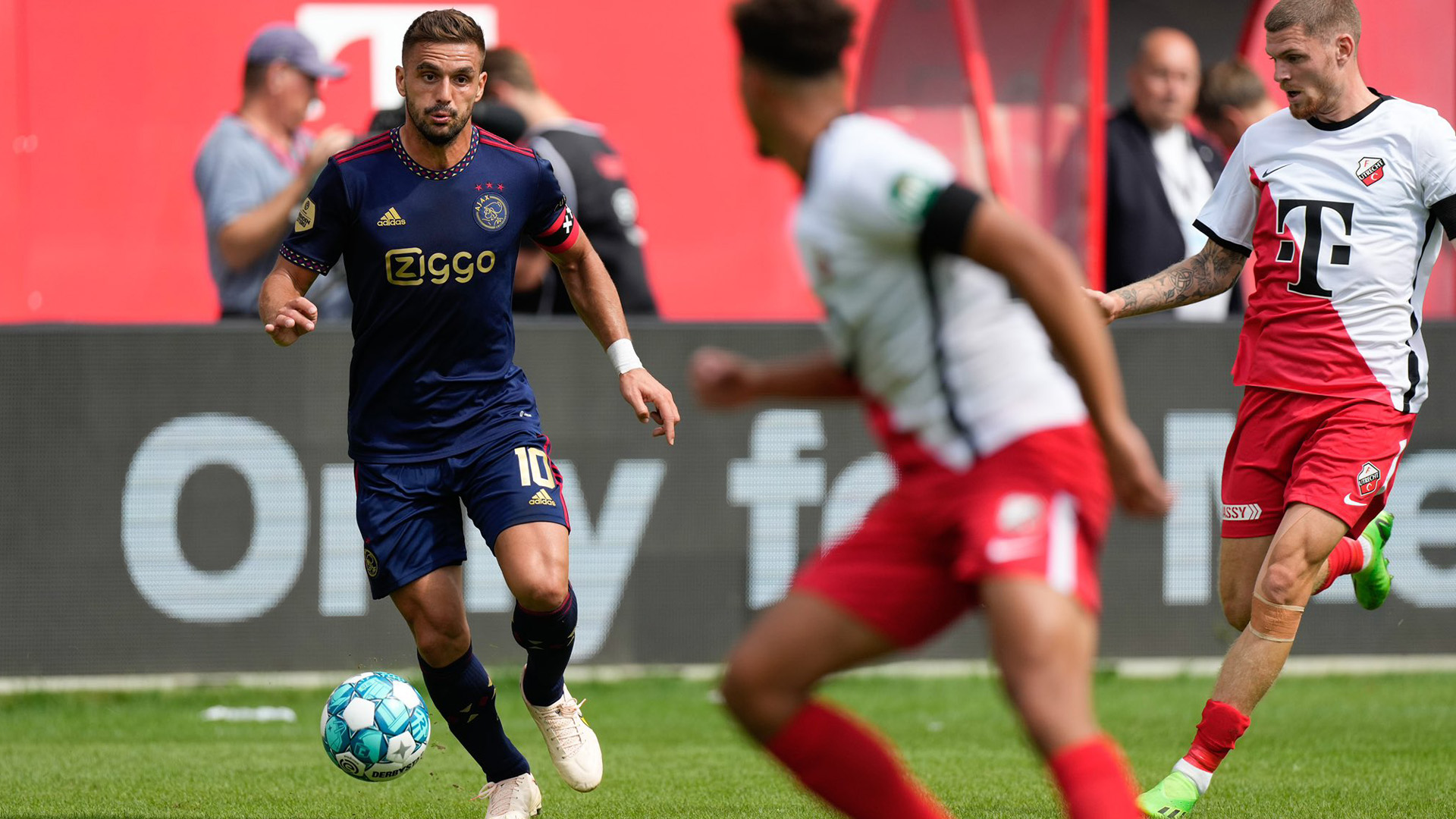 
Ajax travelled to Utrecht on Sunday as they faced FC Utrecht on matchday four of the Eredivisie. The defending champions came into the game at the top of the league as they won their three opening games of the season, including a 6-1 hammering of FC Groningen.


FC Utrecht went into it winless in their first three, drawing twice and losing to FC Emmen last weekend. The big news surrounding the match was Ajax star Antony, who is primed to complete an £85m move to the Premier League with Manchester United.


The Brazilian went on strike with the club to force the move that will see him reunite with his former boss Erik Ten Hag.


The Amsterdam club started on the front foot, with Steven Berghuis opening the scoring in the opening 10 minutes as Edson Alverez flicked on a corner for the dutchman to tap it in with a header at the back post.


The start set the tone for the match, as Ajax dominated the first half with 63% possession and hardly gave Utrecht a sniff at their goal, with the best chance coming from a Sylla cross meeting Bas Dost’s head, which skyed away from Pasveer’s goal.


There was a scare for the Utreg striker, who went down with a head injury after a clash with Ajax defender Calvin Bassey, but the former Sporting Lisbon striker returned to action.


Before halftime, Rensch sustained an injury and had to be replaced by Jorge Sanchez, forcing Ajax to make a change. After, it got even better for Ajax, who managed to double their lead through Brian Brobbery, who directed Berghuis’ cross in the bottom-right corner for his second goal of the season.


Following the goal were scenes of absolute bigotry as a section of Utrecht fans directed ‘monkey sounds’ towards the forward, massive arguments ensued, but the game continued afterwards.

Not much happened at the start of the second 45, but as it progressed, it became an end-to-end affair and cagey. Unfortunately for Ajax, an injury to Daley Blind saw him substituted for Youri Baas. The severity of the injury has not yet been confirmed.


Ajax nearly had a third as a pass deflected off a Utrecht defender’s foot and nearly found the bottom corner of the Utrecht goal. A cross for Bas Dost at the back post saw his shot deflected by the Ajax defence, preventing any sort of comeback challenge for them.


Lacklustre is the word to describe the second half. No real quality chances from either side prevented this from being a contest as Ajax took all three points and remains the only side to have won all of their opening games so far.


The first half is where all the action was. It was a vintage performance from Schreuder’s men, who had to deal with the loss of Antony in the game, although the performance of Steven Berghuis highlights that they might not miss the Brazilian.


Schreuder is believed to be ‘very sad’ at Antony for forcing the move to the Premier League giants, who will complete their fifth signing of the summer.


He shouldn’t be upset at his team’s performance. They dominated the ball and didn’t crack despite facing racial abuse from the fans and tough challenges from their opponents, which caused them to lose a key player and leader in Blind.