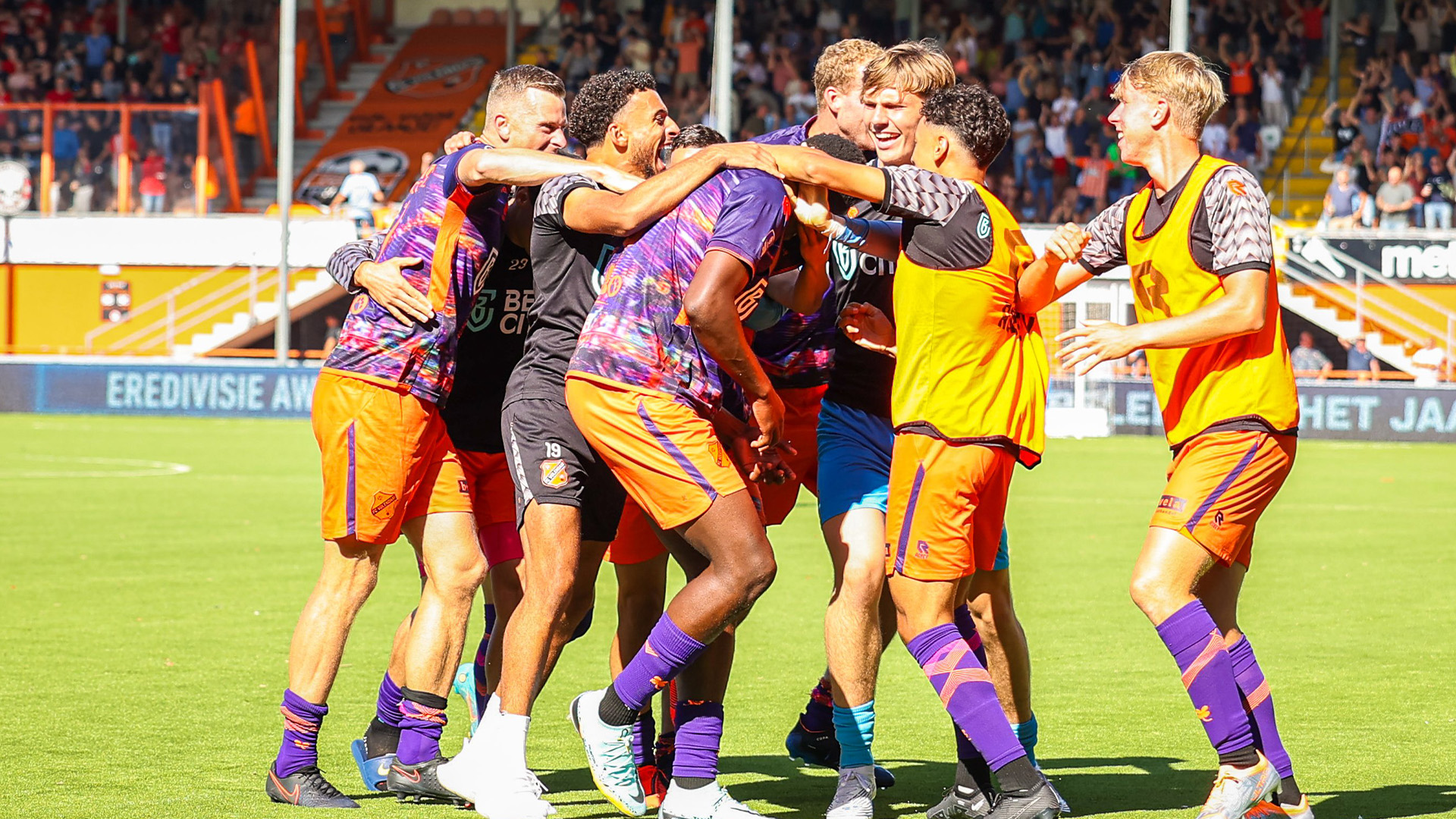 Although they dominated proceedings, FC Twente fell at the hands of Wim Jonk’s FC Volendam. A narrow 1-0 win saw the hosts gain all three points from the affair. The Kras Stadium erupted in the 83rd minute when Lequincio Zeefuik dispatched to make it 1-0.

The first opportunity for FC Twente's marksman Ricky van Wolfswinkel came just before the five-minute mark of the first half when careless defending in Volendam's half was capitalised on. However, the goalkeeper stopped a fizzed ball into his feet, followed by a left-foot swipe. A shaky opening phase for the team in purple and orange.

The hosts looked to gain an early advantage as central defender Brain Plat found the back of the net in a lovely sequence of play by the home side. Henk Veerman could scrape the ball past Lars Unnerstall after an experienced defender laid off a looped pass into him. As it was ruled offside, the celebrations were halted.

Dutch international Henk Veerman, usually found at the top of their structure, shared the defensive responsibility when clearing a ball off the line to prevent his side from conceding just before the halfway mark. Robin Propper found himself in acres of space and thought he had opened the scoring as he glanced his headed effort across goal, but not on Veerman’s watch.

The half-time whistle came, and the teams failed to find anything to separate the two squads. As they emerged from the changing rooms to begin the second half, changes were made by both parties, with Achraf Douiri replacing Dean James to make his Eredivisie debut.

A poor attempt to play out from the back was cut out by a Volendam midfielder and played into the path of Bilal Ould-Chikh. Unnerstall, who had impressed all afternoon, was equal to his effort, using his feet to prevent his team from conceding. A promising attack came to an end when the ball was kicked out to FC Volendam midfielder Robert Muhren, who sent the ball high over the goal.

Moments later, from a goal kick, the visitors were caught being sloppy in possession. The home team picked the ball up on the edge of the box, and a defence-splitting pass by Carel Eiting set up his midfield partner Muhren. Unnerstall again met the effort with a ferocious stop to keep things level.

In the final ten minutes, FC Volendam continued to look for a goal that would see them come out as winners for the first time in the Eredivisie for thirteen years. Clever passing from FC Volendam nullified the press of the visiting team, and some quick feet and a pinpoint cross from the right-hand side found Lequincio Zeefuik isolated in the six-yard box. He remained focused to break the deadlock.

Five more minutes were given. But the home team saw them out in front of their devoted supporters. These crucial three points see FC Volendam rise up the Eredivisie table into tenth place.