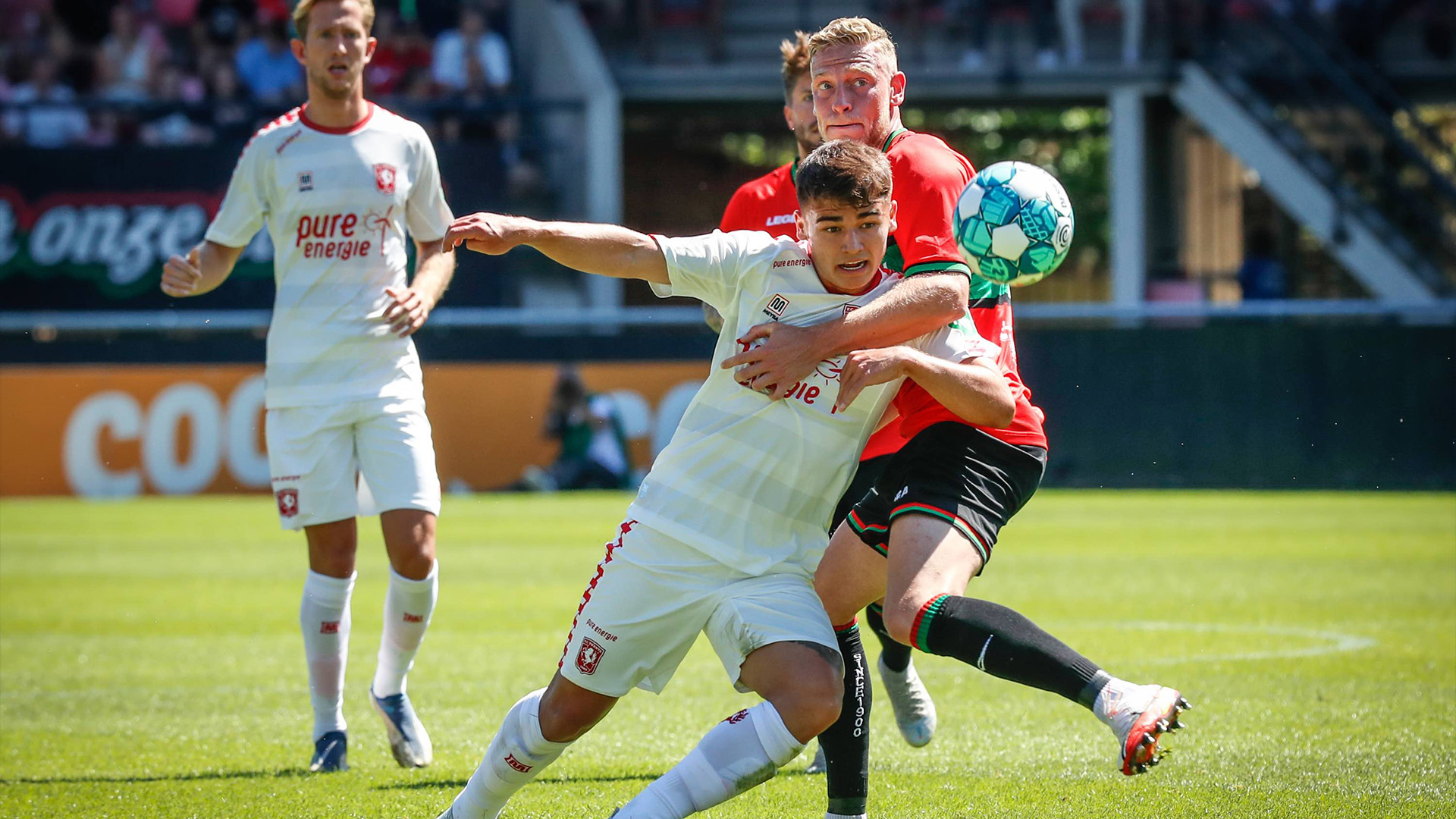 FC Twente left it late against NEC to claim an opening day Eredivisie win at The Goffertstadion.


Sem Steijn’s 91st-minute volley edged a tight game to give Ron Jans’ side all three points.


The Dutch league season almost started spectacularly when in just the fifth minute, new NEC signing Oussama Tannane spotted Lars Unnerstall off his line from halfway. But the Moroccan’s effort swerved at the last second to zip past the post.


Encouraged by their strong start, the home team attempted another attack through Tannane, who ate up the ground before sliding Pedro Marques through. But Robin Pröpper of Twente successfully blocked his initial effort.


NEC was soon ploughing forward again with Marques, who drove into the Twente box before hitting the turf, but his appeals for a penalty were rightfully waived away by Danny Makkelie.


Tannane was enjoying a debut to remember and tested Unnerstall soon after, stinging the German’s palms from long range before chipping a delightful ball to the back post for Marques, but the 24-year-old couldn’t hit the target.


Jans knew changes had to be made at the break, hooking new arrival Michael Vlap and bringing on the 20-year-old Steijn to replace him. Twente initially stopped the flow of Nijmegen attacks and almost took the lead themselves, but Gijs Smal’s long-range effort flew narrowly wide of the upright.


It might be early days, but we got a contender for the most bizarre moment of the season when Denilho Cleonise’s cut-back caused chaos in the home box.


Lasse Schone did well to cut it out but dallied on the ball on the edge of his six-yard box, prompting Ricky Van Wolfswinkel to scythe the former Ajax man down and cause a ten-man scrap for possession. Rather comically, the ball eventually popped out to Joshua Brenet, but the right-back blazed the ball way over the bar.


The game headed for a stalemate, but on a rare second-half foray, forward NEC found themselves in when Tannane picked out a terrific long ball to Elayis Tavsan.


He brought it down well before powering into the box, selling Julio Pleguezuelo with a dummy to bring the ball onto his right, but on his weaker side, all Tavsan could do was fire the ball straight at Unnerstall, who stayed big to make the save.


Then in the dying embers, Twente scored the winning goal that their lacklustre performance hardly deserved.


Steijn and Brenet played a one-two on the edge of the area as the right-back scooped a delightfully lobbed ball towards the former Den Haag man.


He raced in behind to finish with a well-taken volley and stole all three points for Twente in the dying embers with only his second Eredivisie goal.


Twente is back in action on Thursday night as they take a 3-1 lead into the second leg of their Europa Conference League Qualifier against Cukaricki before hosting Fortuna Sittard at De Grolsch Veste on Sunday, while NEC will look to bounce back as they travel to newly promoted FC Volendam.