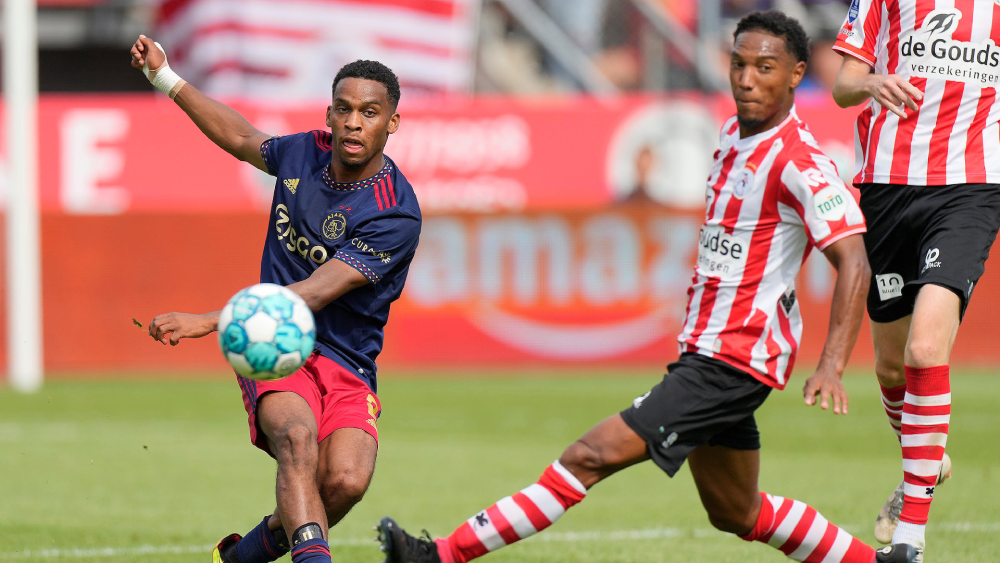 
The defending champions travelled to Rotterdam to play Sparta Rotterdam, who has proved to be a difficult opponent for any top side. Their compact, direct style of play won’t make it easy for Ajax. It ended in a narrow win for Ajax by the smallest margin (0-1), and the guests were relieved to go back to the Dutch capital with three vital points.


Schreuder started with Berghuis and Bassey in the starting XI for different reasons. Berghuis started because Antony isn’t focusing on Ajax but is focusing on a possible transfer to Manchester United. Bassey came in, which meant Wijndal was benched.


In the first half, we saw an Ajax that couldn’t impress or dominate Sparta Rotterdam, who played intelligently to minimise conceding attacks and maximise their attacks. Ajax did get a few opportunities to open the score, but in the end, it took almost a whole half of football before Ajax broke the deadlock. Bergwijn got the ball, cut inside and released a shot in the left corner that left the goalkeeper without a chance. A vital goal and a 0-1 score to go into the break.


It seemed like ajax was continuing on that goal and wanted to double their lead. Once again, it was Ajax with a chance via Brobbey, but his effort hit the woodworks, saving Sparta Rotterdam in the process. You might expect Ajax to push on for that second goal, but they were very sloppy in every aspect of their attack and to be honest, that was one of the reasons why Sparta was still in this particular game.


By being this sloppy, they allowed Sparta not only to stay in the game but also allowed them to create goalscoring opportunities. After an hour, Ajax goalkeeper Pasveer needed to make two big saves after chances for the home side, and it seemed like an equaliser was closer than the 0-2 if we are being frank about the situation.


At the end of the game, Ajax restored some of their dominance in the final third and got back to creating some more chances. Klaassen and Kudus got chances to double their lead, but their shots weren’t successful, and the 0-1 remained on the scoreboard for the Amsterdam side.


Did Ajax play well? No, not particularly. But for all their flaws in this game, they still won. This means they have started with three wins out of three, which is only a great start for the defending champions in the Eredivisie 2022/2023 season. The champions will play away to FC Utrecht, one of their biggest rivals. This will be another test for this Ajax side, and we can see where they are in their title-challenging season.

How can Sri Lanka prepare ahead for the Asia Cup 2022