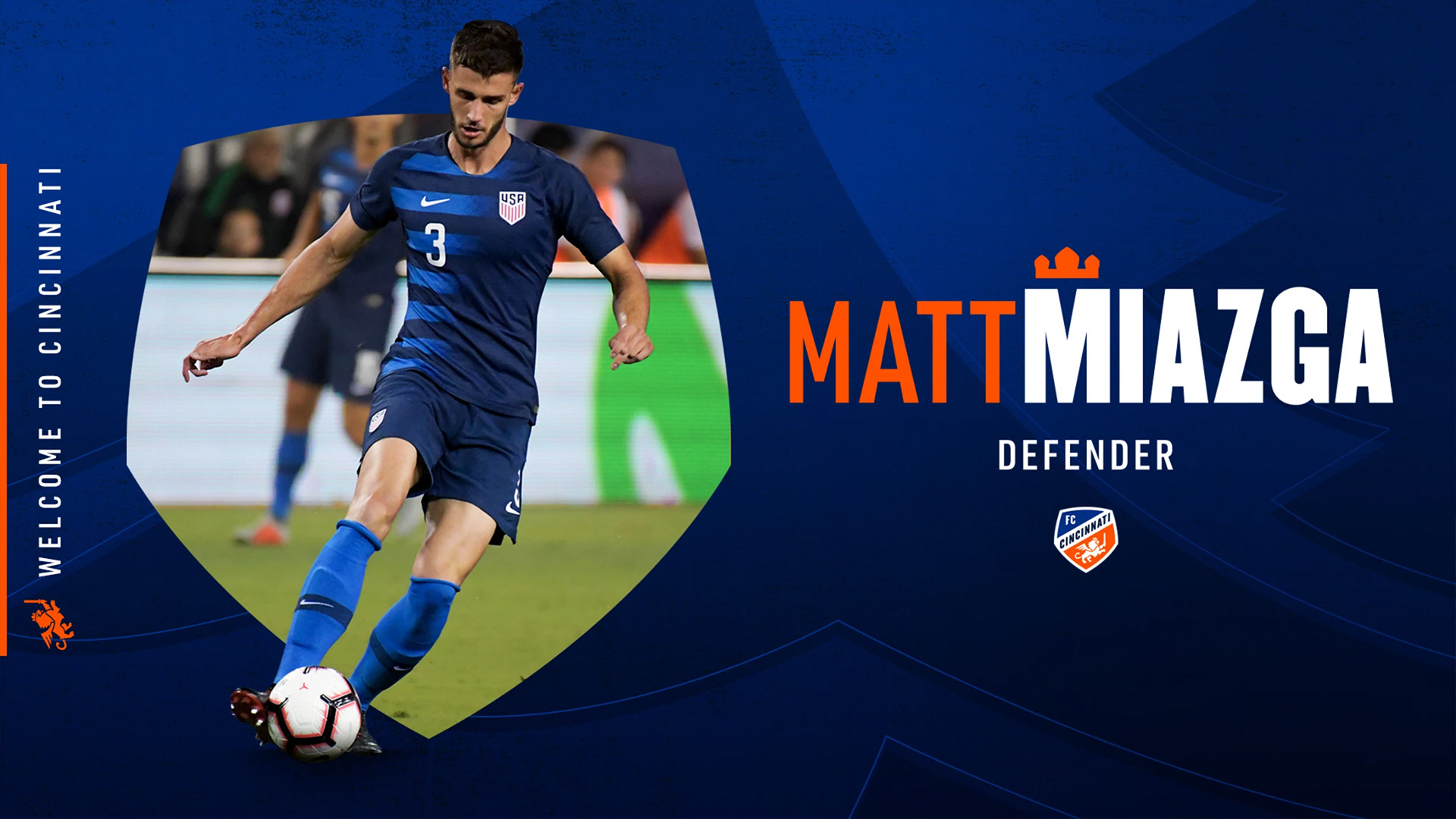 
FC Cincinnati has secured the services of a highly-rated defender, Matt Miazga, on a three-and-a-half-year deal. The American international joined up with his new teammates as FC Cincinnati looked to conclude their season strongly in the Eastern Conference of the MLS.

Miazga departed Chelsea to return to the States after an unsuccessful period at the Blues. Joining in 2016, Miazga struggled to get into the Chelsea team and was shipped out on loan during each of the six seasons he played for the London outfit. It was always going to be a hard task getting minutes at Chelsea, as upon his arrival, he became sparsely used back-up to John Terry and Gary Cahill.

After an impressive debut for Chelsea, Miazga gained plaudits worldwide and looked like a homegrown American talent, but his success in England was short-lived. After returning from his loan spells, he was a back-up to newly signed Antonio Rudiger and Thiago Silva.

A product of the New York Red Bulls academy, Miazga signed his first professional contract with the club in 2013. He impressed the coaching staff at the club and made his debut as an 18-year-old against Houston Dynamo in a 4-1 win in September 2013. He adapted to senior football well and made more appearances throughout the 2014 season, creating the foundations for the 2015 season in which he became a regular in the Red Bulls backline. During this period, Miazga formed a solid partnership with a defender, Damien Perrinelle. The two filled the centre-back position in a back four with a full-back on either side, with the defence becoming one of the Bulls’ strong points.

Miazga established himself in the MLS as a ball-playing, tough-tackling centre-back, ideal for both sides of a defender’s game. His traits saw him become one of the strongest defenders in the league, with impressive performances against household names. Miazga appeared in the MLS Team of the Week four times during the 2015 season and began attracting offers from Europe. The American stated his desire to play in Europe, and his dream came true when Chelsea came calling.

Despite having his sights on European football, Miazga loves playing for his nation and has represented the USMNT throughout the youth stages, with his earliest call-up coming for the Under-14s. It was not just the USA that Miazga represented at the youth level on the international stage. He made an appearance at the Under-18 level for Poland in 2012.

At New York Red Bulls, he received a call-up to the senior side and made his debut for the States in a 6-1 win against St Vincent and the Grenadines in November 2015. Since then, he has made a further 21 appearances for his country and has scored one goal.

Cincinnati manager, Pat Noonan, will be hopeful that Miazga can strengthen his side’s backline for the remainder of the season. His side’s defence has been leaky this season, most notably in the 5-0 loss to Austin and a 5-1 defeat to New England in the US Open Cup.

Cincinnati plays a 5-3-1 formation, with three centre-backs supported by wing-backs at the back. This will be advantageous for Miazga because he will have more centre support while playing, and players on either wing will track back to provide defensive support. In their last game, Cincinnati drew 2-2 with Atlanta United and had veteran Geoff Cameron in the heart of the three central defenders. Miazga could be a long-term replacement for the 37-year-old, but whilst at the club, Cameron will have lots of advice to give the 27-year-old.

On his Cincinnati debut in the stalemate with Atlanta, Miazga played on the left side of the three, slotting straight into the side. He was shown a yellow card and did not last the ninety, but the new signing has pledged to bring glory to Cincinnati and make them a “serial winner”.

The American had previously been coached by Cincinnati head coach Pat Noonan when he was a coach at the national team and liked the project pitched to him. Miazga opted for Cincinnati after discussions with club president Jeff Berding and general manager Chris Albright.

The aim for Miazga is a domestic success with Cincinnati and to gain a spot in the USMNT World Cup squad that will be boarding for the Qatar 2022 tournament. However, he will face tough competition as there are players with stronger bids for a spot on the plane. These consist of Walker Zimmerman and Miles Robinson, who were starting centre-backs in the qualifying campaign that gained the USA a place in the competition. Zimmerman’s consistency and aerial ability make him an addition to the side, with the Nashville defender averaging a colossal 7.7 aerial duels per 90 throughout qualifying. The latter has played 1022 minutes in the qualifying stages and looks like a starter for the States.

Miazga faces an uphill battle to gain success domestically and a place at the World Cup, but if his performances match those that got Jose Mourinho on the phone, he could be one to watch.