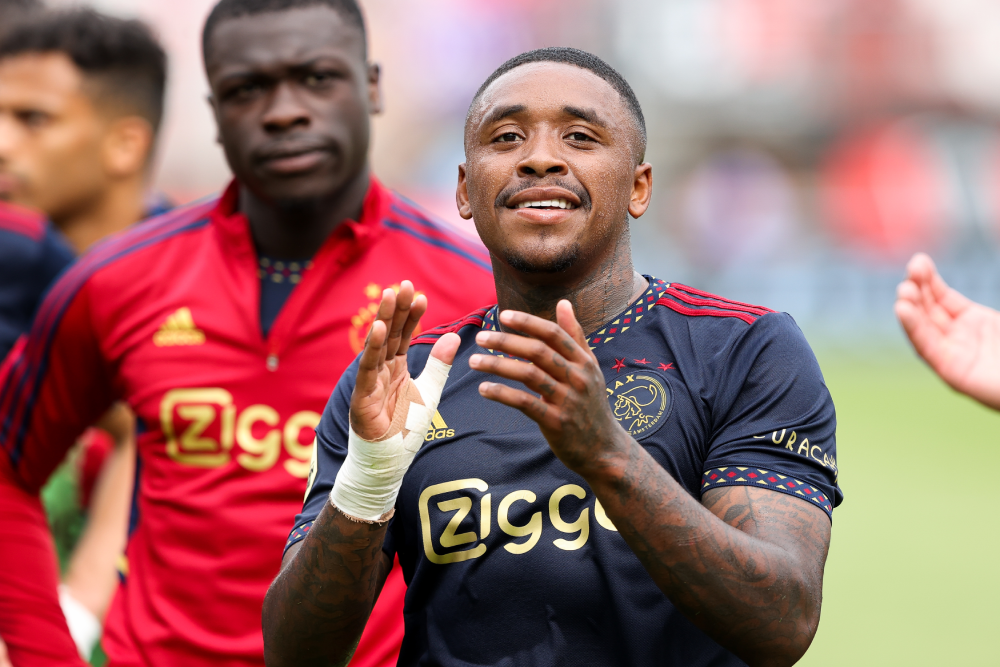 After an exciting opening weekend, the drama continued in the second game week of the season, which ended with many of the usual suspects nearing the top end of the standings, but also some worrying, lower places bugged by some Premier League stalwarts.

Wolves started their Molineux campaign, hoping to get their first victory of the year. A lively start from them caught Fulham out of shape twice in the first few minutes - similar chances for Wolves’ leading men Pedro Neto and Hwang Hee-Chan were, however, not converted. An uncontrolled volley from Mitrovic on Fulham’s first effort at goal was met with cheers by the Wolves' support. Another opening for Neto to open the scoring presented itself following a mishap from the host’s man between the sticks, Rodak.

The men in orange should have found a goal in front after Morgan Gibbs-White was gifted a golden opportunity to step up in the first few exchanges of the second half. Goncalo Guedes’ introduction posed issues for the Fulham backline as his darting runs caused uncertainty – the visitors continued to hold their fort successfully.

Towards the end of the game, Rayan Ait-Nouri fouled Bobby Decordova-Reid in the area, and the referee pointed to the spot without hesitation. The in-form Aleksandar Mitrovic stepped up to bury the opportunity, but Jose Sa denied the Serbian from securing a victory for Fulham. The game ended in a tame goalless draw.

Another disappointing display from Manchester United saw them crash to the bottom of the league following this fixture. From start to finish, the back five of the Red Devils looked shaky, and Thomas Frank’s men did not wait around to take advantage. At the ten-minute mark, a shocking error from David de Gea saw Dasilva’s trembling attempt to sift through the Spaniard’s arms and into the back of the net. United found themselves on the back foot, struggling to re-organise and continuing to be lacklustre in possession. Jensen, then, doubled Brentford’s lead as Eriksen was in no man’s land following an audacious pass from de Gea. The goals continued as Ben Mee directed a poorly defended cross into the net. United tried to respond but met with a counterattack – frontman Ivan Toney found Bryan Mbeumo with a pass that saw him slot home Brentford’s fourth in the opening 35 minutes.

Following the halftime break, things could only get better for ten Hag’s men in their new kit. Cristiano Ronaldo seemed to wake up but still failed to limit the damage caused with two good chances squandered. He was beating the turf in anger following his upsetting efforts. In an attempt to create the unthinkable, the Portuguese international dropped deeper to link play and bring the wide men into the Manchester United approach, if there was one. David Raya was first called into action by ex-Brentford man Christian Eriksen as his weak header edged towards Brentford’s goal. Although the visitors enjoyed more possession, their efforts remained hapless as they failed to capitalise on their second-half opportunities. As they approach their fixture against Liverpool this weekend, their fans will be hoping for some much-needed refinement.

Premier League newbies faced off against David Moyes’ boys in claret and blue in a match that saw top-flight English football return to the City Ground after a long-awaited 23 years. The atmosphere around the ground bounced long before the start of proceedings, and despite the blistering heat, the home crowd were out in full force. Nottingham Forest pumped balls into the opposition’s box and was unlucky not to grab the lead as Taiwo Awoniyi went close early on.

The visitors were unfortunate following Forest’s initial burst as they had an effort cleared off the line and Henderson reaching to deny Benrahma’s shot. Finally, West Ham broke the deadlock through Benrahma but was later ruled out because West Ham’s leading top goal scorer of all time, Michail Antonio, seemingly barged Orel Mangala in the lead-up to the opener. The former Union Berin forward, Awoniyi, proved to be a handful as he gave Forest the lead just before the half-time whistle blew. Jesse Lingard’s fluffed effort found itself deflecting off a West Ham defender into the path of a clinical finish from Awoniyi.

West Ham bossed the majority of proceedings in the second half but was just missing the finishing touch. Luck was not swinging their way as both Fornals and Benrahma struck the crossbar. A clever finish from Brennan Johnson was ruled offside, which calmed the celebrations from the home support. Forest defender blocked the ball with his arm, and West Ham was given a penalty – skipper Declan Rice stepped up to save his team from defeat but had his spot-kick saved comfortably. It just wasn’t their day. Nottingham Forest held out for the remainder of the game to see through their first-ever Premier League win.

This game had it all – drama, excitement, and goals. A classic English game of football, and it was a great game for the neutral fans, not so much for the Chelsea or Tottenham supporters. Both teams had won their opening fixture and entered this game hoping to walk out as winners, but this was not meant to be. A stunning finish from recruit Kalidou Koulibaly opened the scoring for Chelsea. A goal scored by a centre-back that any talisman would be happy with. A dominant first-half display from the Blues saw them enter the break in favour.

Spurs came out from the interval looking to improve on their first-half performance. Chelsea should have doubled their lead, but Raheem Sterling found his effort blazed over the bar. Kane uncharacteristically missed a crucial opportunity which saw Chelsea hold on to their one-goal advantage. Tuchel's sound strategies kept the visitors quiet until Hojbjerg's drilled shot got past Edouard Mendy to tie the score. It was only a matter of time until another defender wanted a share of the goals. Reece James evaded Tottenham’s box and latched on to the end of a pass to restore Chelsea’s lead as they edged closer to successive domestic wins. Christian Romero was up to his usual tricks and was lucky not to get an early shower because he was seen pulling maliciously on Marc Cucurella's hair – but those manning VAR thought otherwise.

A late equaliser from Tottenham's dependable Harry Kane, who flicked the ball into the goal, brought the match in the capital to a tie. A feud between Thomas Tuchel and Antonio Conte erupted at the full-time whistle. The altercation left the referee no choice but to issue both managers red cards.

Unfortunately for Patrick Vieira’s men, they faced title contenders Liverpool in the opening weeks of the new campaign – for most teams, this would be the worst possible start.

The host team dominated the opening exchanges, but they struggled to take advantage of their numerous opportunities because The Eagles were content to relax and play to their advantage. Early, clear-cut opportunities were wasted by players like Mohamed Salah, Darwin Nunez, and James Milner, leaving them to wonder if the day would go their way. Crystal Palace’s central man opened the scoring when Liverpool was found out of position when they lost possession of the ball further up the field. Eberechi Eze’s quick feet saw him leave Fabinho scrambling as he slotted Zaha through – classy dispatch saw Crystal Palace ahead.

The hosts found themselves in an unfamiliar position after the first half. Darwin Nunez found himself in a spot of bother as he recklessly reacted to Joachim Andersen early in the second half of the game. The shocking exit for Liverpool’s new number 9 saw Liverpool make unwanted changes – but Luis Diaz had other plans before these changes could materialise. Just minutes after the early shower for Nunez, Diaz effortlessly danced around the Palace defence to produce a little bit of Colombian magic. Given the circumstances, Jurgen Klopp will be pleased with his player’s reaction to the unfortunate proceedings. The manager will be especially pleased with the performance of Harvey Elliott, as the young Englishman oozed maturity and demonstrated his ability. The Merseyside giants are without a win from their first two fixtures and four points behind leaders Manchester City.