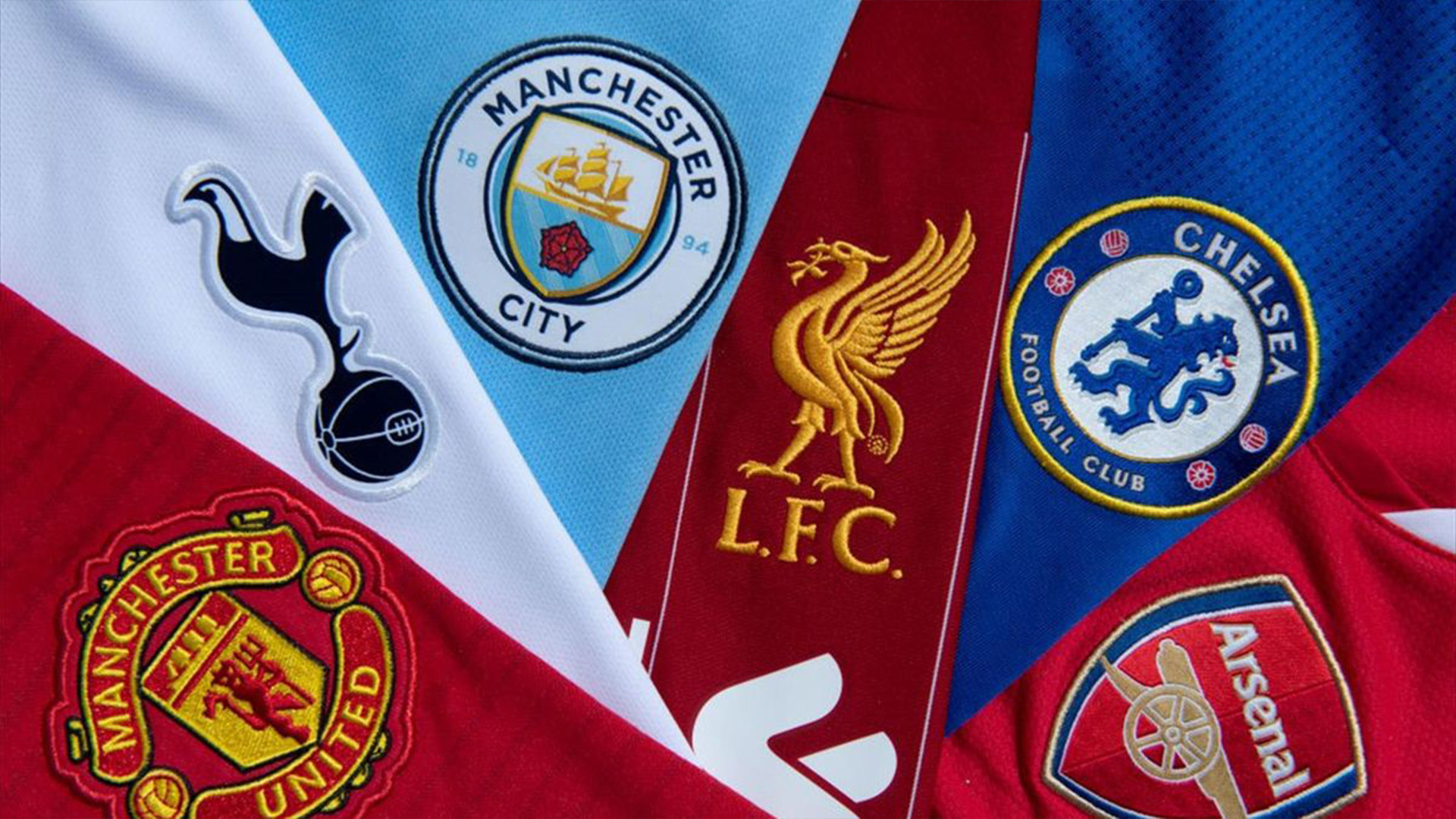 The long-awaited return of the Premier League did not disappoint. On the first day of the season, spectators flocked to the stadiums to cheer on their team, but not every team made it home victorious.

Antonio Conte continued his fine form as Spurs manager that saw the London outfit pip arch-rivals Arsenal to a Champions League place last season. The whites commenced their season with a dominant display over Southampton, beating them 4-1 at home. However, the visitors opened the scoring in the twelfth minute, as James Ward-Prowse fired the Saints in front with a classy volley that hit the back of the net. Moussa Djenepo found the Englishman, who crossed to Ward-Prowse, whose shot evaded the diving Lloris to make it 1-0. Spurs responded well and equalised in the 21st minute through full-back Ryan Sessegnon. Kulusevski cut in from the right to deliver a dangerous ball that found the head of Sessegnon at the back-post, with the defender nodding in from close range. The turnaround was complete ten minutes later, as Eric Dier put the hosts ahead. Dier latched on to the end of a cross from Son, who found space on the left wing. The cross was low, but Dier adapted and dived to meet the ball and send it goalward.

At the hour mark, Spurs added a third as Mohammed Salisu comically turned the ball into his net. Tottenham had countered a Southampton attack well, but the move seemed dead when Emerson Royal sent a low cross into the box with no Spurs player in range to get a touch on it. However, Salisu could not sort his feet out quick enough and got himself on the wrong side of the scoresheet, adding to his side’s woes. Only two minutes later, Spurs were 4-1 up as Kulusevski curled the ball past ‘keeper Bazanu to get him off the mark for the season.

It was a ruthless performance from Spurs, who hope this win will give them momentum moving forward.

It was the battle of the Blues at Goodison Park as Frank Lampard faced his former club as a player and manager. The tie was decided by Jorginho from 12 yards, as Chelsea was awarded a penalty in added time of the first half after a clumsy challenge from Abdoulaye Doucoure saw Ben Chilwell go to the ground. Jorginho sent Pickford the wrong way to score what would be the winner. Before the goal, the Toffees mustered up a couple of good chances, most notably when a powerful header from debutant James Tarkowski forced a strong reaction save from Mendy in the Chelsea goal.

Everton kept the pressure on Chelsea after the interval despite being a goal down and almost equalised when Demarai Gray beat veteran defender Thiago Silva to the ball to put him through the goal. However, the angle was tight, and Gray could not find a way past Mendy. Doucoure almost made up for his mistake leading to Chelsea’s opener, as he found space in the box following an Everton corner. He took a shot, but Mendy deflected it with his hands after being met by his fierce blow. Chelsea almost added a second to kill off the game as a newcomer Sterling was found in the box and released a shot heading straight into the bottom corner. But Mykolenko’s superb sliding block prevented a debut goal for Sterling.

The points were shared at the King Power as Brentford came from two goals behind to return to London with a point. The hosts broke the deadlock after 33 minutes when Timothy Castagne headed in a James Maddison cross at the front post. The Belgian was left unmarked and made Brentford pay for their sloppy marking. Soon after, Youri Tielemans came close to doubling the Foxes' lead but saw his effort rebound off the woodwork.

Only a minute after the referee blew his whistle to resume play following the interval, the Foxes ponded on a Brentford mistake to go 2-0 up, as Kiernan Dewsbury-Hall unleashed a long-range strike with venom that flew past the diving David Raya. The youngster’s shot hit the post on its way in and caressed the netting in what was a magnificent goal. Ivan Toney halved the deficit just after the hour mark, as he fired home from inside the box after being found by Rico Henry. The striker was Brentford’s top scorer last campaign and showed why with a calm finish into the Leicester net. Wesley Fofana almost secured the three points for the East Midlands club but hit the post with a header from another deadly Maddison set piece. Toney almost doubled his tally but squandered an opportunity from close range as he could only direct his header wide of the post. Brentford would grab a point as Josh Dasilva completed the comeback with only four minutes remaining. His curling strike sailed into the far-left corner and sent the Bees buzzing back to London with a hard-earned point.

The Erik Ten Hag era did not start as the Dutchman planned as Manchester United fell to defeat at Old Trafford to Brighton. United could have started the scoring early on with Bruno Fernandes, but the Portuguese midfielder sent the ball over the crossbar. Danny Welbeck turned the tables on his previous team by working hard and contributing to the game's opening goal. After David De Gea failed to claim his low cross across the area, Pascal Groß converted it at the back post. The German loves playing against the Red Devils and scored his sixth career goal against them to double his tally just nine minutes later. Solly March’s shot was palmed away by De Gea, but unfortunately for the Spaniard, it fell right in the path of the advancing Groß, who tapped into an empty net to put the Seagulls 2-0 up after 40 minutes.

Following a push on Welbeck by debutant Lisandro Martinez, the referee rejected loud appeals for a penalty. Replays showed it was a foul, but it was not given and play continued. Marcus Rashford had a chance to cut the deficit in half but missed the mark after failing not to adjust properly to the trajectory of the ball. Christian Eriksen almost marked his United debut with a goal as he saw his deflected strike test Brighton goalkeeper Robert Sanchez. United did pull one back in the 68th minute as Sanchez misjudged a corner and spilt the ball, with Luke Shaw poking the ball goalward. In an attempt to palm the ball away, Sanchez pushed it onto Alexis Mac Allister, who unfortunately got the last touch to give United hope. However, the final siren sounded, signalling the outcome. Manchester United put on yet another lacklustre effort, as Brighton took advantage of their squandered opportunities and bad defending.

Manchester City made the trip to East London to face West Ham United at the London Stadium. City’s new arrival, Erling Haaland, grabbed the headlines as his brace secured the points for City, who will be hopeful of lifting their fifth Premier League title in six years. West Ham started well and came close to going ahead as Antonio flashed his header over the bar. But City was awarded a penalty after Alphonse Areola brought down Haaland in the box. The Norwegian was threaded through by Ilkay Gundogan and rounded Areola before being brought down. He made no mistake from twelve yards and put his side ahead after 36 minutes. Declan Rice had an opportunity to strike at goal but lacked composure and missed the target completely, much to the relief of the travelling City fans.

Haaland completed his brace in the 65th minute after coolly finishing past Areola. He was assisted by Kevin De Bruyne as the Belgian expertly sent Haaland through on goal, marking the start of a possibly unstoppable combination. You cannot afford to give him chances like that, as Haaland punished the West Ham defence by opening up his body and slotting past Areola. He almost claimed the match ball but headed over the bar from close range, with the forward expressing his frustration at the missed opportunity post-match. The referee blew his whistle, and City had won. It will be interesting to see if the Champions can defend their title this year.