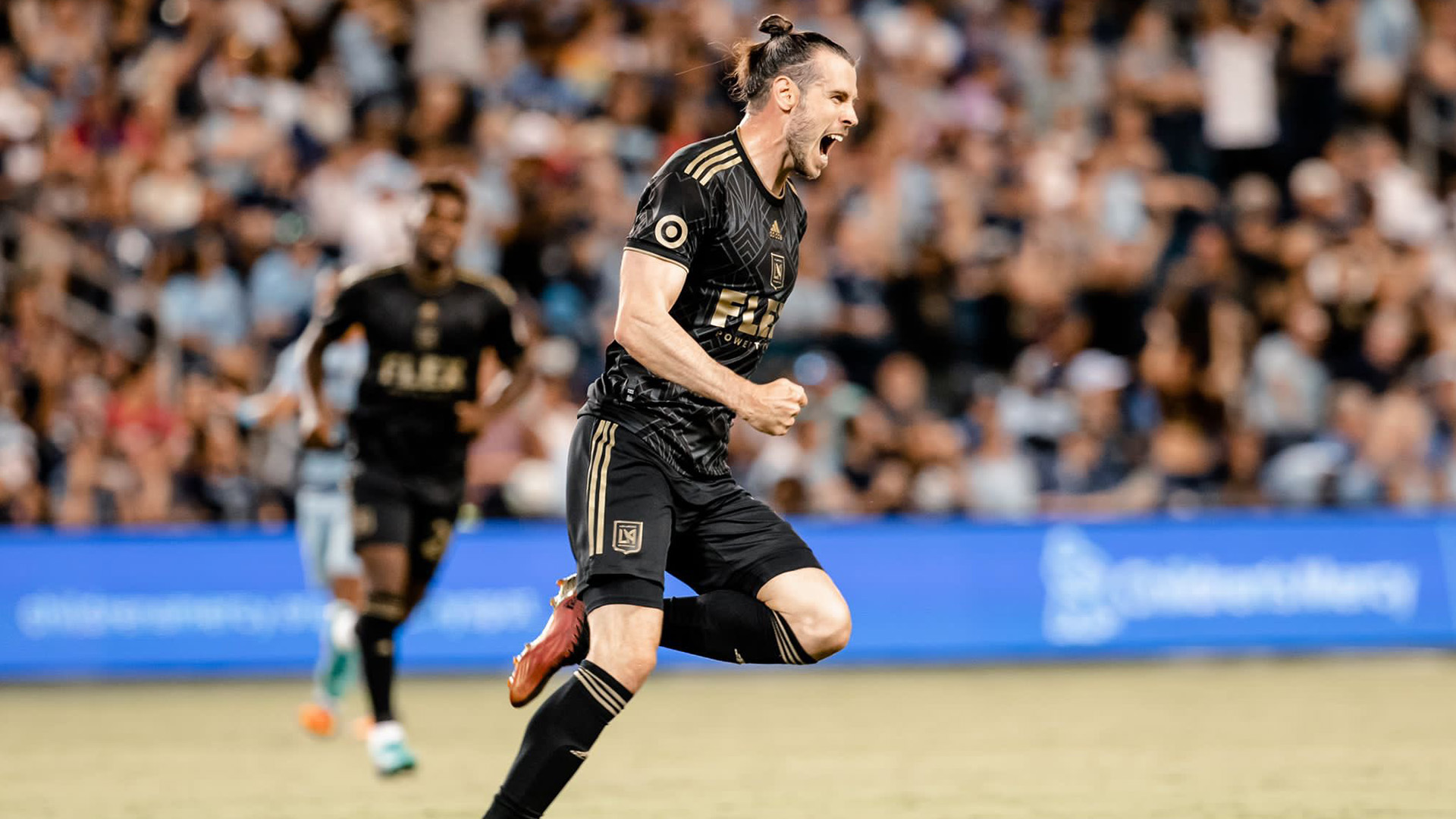 From Tottenham to Real Madrid in 2013, a transfer for a staggering 100m euros and after nine years in the capital of Spain while winning three La-Liga titles, a Copa del Rey, a Supercopa de Espana, three UEFA Super Cup, three Club World Cup and five impressive Champions League titles. It is safe to say that his time at Madrid was nothing but a huge success.

In June, LAFC announced that they signed Gareth Bale for 12 months with an option to extend further 12 months through 2024. On joining, Bale said, “Joining LAFC felt like the right thing to do”.

His MLS debut game was against Nashville SC on 17th July, when he came on as a substitute in the 72nd minute. In the brief spell, he won a freekick on the right wing where his shot was blocked by the keeper, registering his win in the MLS as LAFC won the game 1-2.

However, in the game against Sporting Kansas City, he had two shots on target, scoring a goal while coming on as a substitute in the 65th minute. It looked like a good outing for the player, as he gradually eased into the team while LAFC won the game 2-0 comfortably.

LAFC continued the winning form by winning 2-1 against Seattle Sounders. Bale again came on as a substitute in the 63rd minute, as his performance against Seattle Sounders was just a reminder that he is yet to hit the ground running, and it could take some time for him to come back into full fitness with no goals or assists registered.

Under Carlo Ancelotti, Bale played on the right wing in Real Madrid. He was the last piece of the famous Bale-Benzema-Cristiano trio and went on to win everything there is to win in European Football. His style of play was high-tempo offence, and the team would press hard in defence. He is always moving and running, and when the opportunity comes for a productive counterattack, he pounces on the chance expertly. Bale’s pace and quick reactions eased him into the system. He had bulked up, thanks to his time in English Premier League, and outmuscled defenders in England. That strength helped him deal with the defenders in La-Liga without any issue. Bale’s technique has always been a strong point, as was his finishing ability at Madrid.

As successful as his time was at Madrid, it also had its fair share of controversies, like the controversial flag celebration while playing for Wales. Before being linked to a move to the major league soccer, had he extended the contract instead of “Wales. Golf. Madrid. In that order”, the message on the flag could have been “Wales. Golf. LAFC. Getafe. Madrid. In that order”. as he was linked to moves to both Los Angeles football club and the Spanish side Getafe.

But, LAFC fans can expect a player on the right wing who has got brilliant abilities, great vision to find passes, sound technique and astound finishing ability. His positional sense and, more importantly, his experiences will benefit the team.