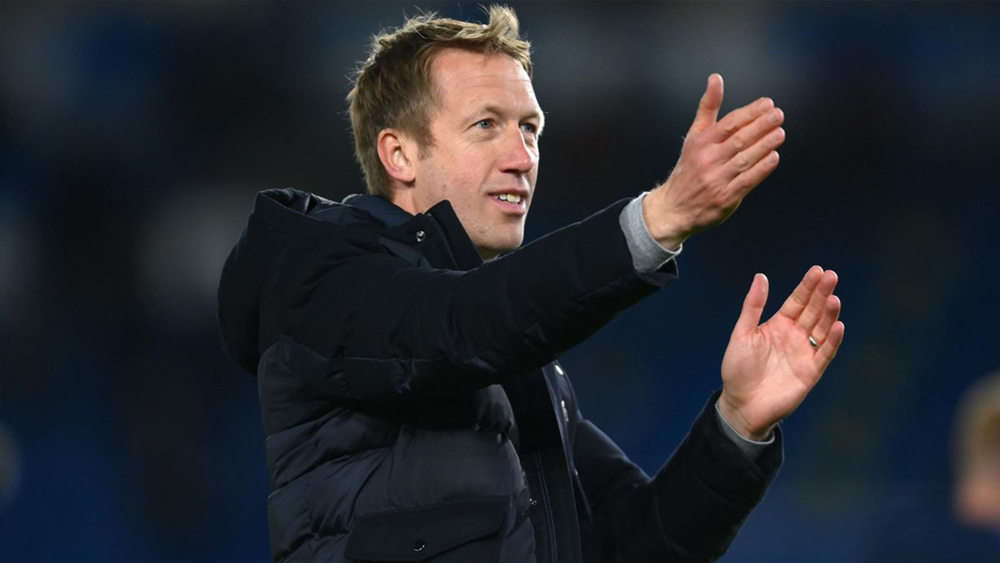 Graham Potter – can the progressive head coach work his magic yet again?

Brighton & Hove Albion’s win at Old Trafford as the new 2022/2023 campaign was a monumental and historic day for the club that embodies the work they have laid under the progress of Graham Potter.

Marc Cucurella and Yves Bissouma, arguably the club's two most productive players last season, were lost to Chelsea and Tottenham, respectively. But the head coach didn't appear in the least bit rattled on opening day when Erik Ten Hag was introduced as the new manager of Manchester United. Potter, however, stole the show by accomplishing a fantastic victory at the Theatre of Dreams. In an ironic twist, Johan Cryuff's 3-4-3 at Ajax was quite close to the 3-4-2-1 configuration that Brighton's manager had used.

According to various sources, Moises Caicedo was turned down by Manchester United. He easily defeated Alexis MacAllister, while Pascal Gross continued tormenting the red half of Manchester and former academy graduate Danny Welbeck's fantastic holdup play allowed Brighton to control the game.

Potter appears to have unearthed another gem in the making with Caicedo, who proved to be the catalyst at Old Trafford. Similarly, at the Amex, when Brighton & Hove Albion had romped past Manchester United, it was Caicedo, Bissouma and McAllister, along with Gross and Cucurella who cut open the latter’s defence each time an attacking opportunity would appear in front of them.

The style of play and goals epitomise how Potter wants to see his team play. So, let’s look at how the highly-rated head coach and his football club had such a transformation in two years.


The beginning of an era

The Solihull, West Midlands born, had a successful spell at Ostersund, where he would get them promoted to the top flight, win the Svenska Cupen (Swedish Cup) and secure a Europa League place by playing attractive football despite having a limited budget. After his tenure at the Swedish Club, he had a solid debut season with Swansea in the Championship. On May 20, 2019, he took Chris Hughton's place as the manager of Brighton & Hove Albion. The team finished at positions 15 and 16 in his first season, far above the relegation zone.

The 2021-2022 campaign was the club’s best season in their history, with club-record finishes as they ended ninth in the Premier league table. A remarkable achievement despite the sale of Ben White to Arsenal, Dan Burn to Newcastle United, Covid-related issues and injuries, Potter and his group ended up on 51 points as they finished marginally below Manchester United, West Ham and Leicester City. A gap of 7 points that could have possibly even taken them to the Europa league.

Instilling a plan for not only how he wants his team to play, but also a structure in terms of reforming the recruitment process at the football club, the 46-year-old Potter might be seen by the club's owners as laying the foundations for the future.

At Ostersund, he had asked the club chairman to build an art exhibition by putting on theatre shows for his players. He had convinced the board and was confident that running a culture academy alongside the football club would be an ideal situation for getting them out of their comfort zone. This would expose them to the reality of life, teach them human values, build empathy, increase team spirit and strengthen the bonds between the group through sharing their experiences.

Graham Potter is widely regarded as a modern-day coach with a strong ethos when it comes to his attacking and possession-based concepts in today's game. He is broad-minded, tactically adaptable, and possesses these qualities in spades. Despite missing several key players in the 2021–2022 season, Brighton, the seventh-youngest team in the Premier League, was nevertheless able to exert control over games.

Potter would never compromise on his system, with possession his top priority. The club would go on average fourth in possession, with 54.5%, only behind Manchester City with 68.3%, Liverpool with 63.2%, Chelsea with 62.2% and above Arsenal and Manchester United with 53.0% and 52.7%, according to FotMob.

Another aspect of the Potter Philosophy is creating a positive environment, self-belief, matched by a winning culture. His ability to develop, nurture and influence players through a very empathetic approach has been beneficial.

In the same season, the media had criticised the head coach and his team that the wheels had started to come off as the club suffered six straight defeats. However, the club chairman could spot the reasons for such a setback and labelled Potter as an ‘intelligent man with a clear roadmap for Brighton & Hove Albion’. The seagull's boss strongly believed in the process, and his players had never changed as the club not once reached for the panic button.

Brighton would jump out of that hurdle and would go on to lose only once to champions Manchester City in their next six games. Marc Cucurella, who had arrived at left back for a fee of 15 million, was undoubtedly the club’s player of the year along with Bissouma. Solid performances from Joel Veltham, Mac Allister, Robert Sanchez in goal, Trossard and Solly March’s fantastic work rate were worth looking at. We could also have honourable mentions for Neil Maupay, Danny Welbeck, who would look to improve their goal-scoring ratio and Lewis Dunk, despite being injured for a large portion of the season.

Brighton’s 42 goals, chances equating to 53.6 xG and 35 big chances missed, would have elevated their position in the table and on to a possible Conference or Europa league. Nevertheless, a fantastic accomplishment shows that there is still room for progress despite Graham Potter facing a difficult 2022–2023.

His emerging and vibrant team had hit an all-time high that now boasts a club record by finishing ninth and scoring over 40 goals for the first time in the top flight. Another notable feat, as per FotMob’s stats, was that Brighton had ranked sixth amongst the least number of goals conceded in last season’s campaign, only 44 goals, despite the sale of Ben White and Dan Burns.

The 2022/2023 campaign provides another challenge for Potter, with the sale of Cucurella and Bissouma, arguably the club’s two best players, as the head coach would look to dip into the market and look for quality and not quantity that would match his and the club’s profile.

Potter would continue to believe in the process with the humility he brings to his approach and would look to strategise on short-term and long-term goals at Brighton by instilling self-belief even after this week’s remarkable win.

One thing is for sure. Brighton & Hove Albion fans are in safe hands thanks to the seeds planted by Graham Potter, one of the premier league’s most astute head coaches.