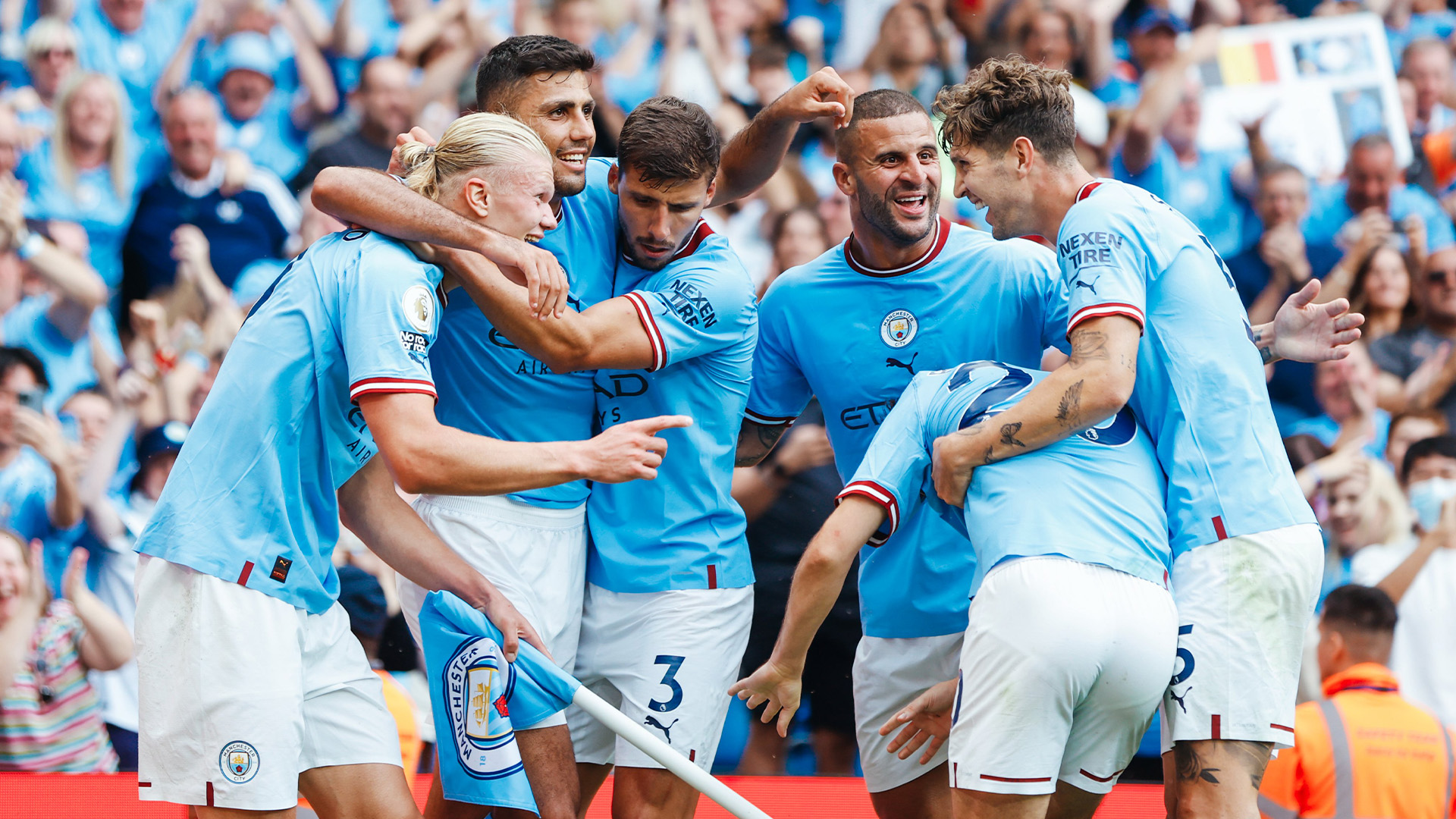 Haaland scores a hat-trick; Liverpool thrash Bournemouth 9-0: All from the fourth week of Premier League

After the high of beating Liverpool in their previous match, Man Utd struggled in the first half to create any decent chances. There was a flurry of shots in the 19th minute, which saw three rebounds and brave defending from the Southampton defenders to keep the scoreline at 0-0 at the break. None of the United forwards were able to impose themselves on the game. Rashford, in particular, looked abysmal as he was not offered the space behind the defensive lines as he got vs Liverpool on Monday.

United took a lead early in the second half courtesy of a good cross from Diogo Dalot, which Bruno Fernandes turned in from close range. There were legitimate handball shouts when Scott McTominay handled the ball three times in the 60th minute, but the referee and the VAR dismissed it. David De Gea kept United in the game, saving a shot from Joe Aribo from close range in the 65th min. United defended deep in the last part of the game, and everything Southampton threw at them, came up short.

Chelsea started the game well and threatened Leicester City’s goal with early chances, but a lack of clinical finishing from Ruben Loftus-Cheek let them down. They almost had a penalty in the 12th min, but VAR ruled it offside. Midfielder Conor Gallagher was sent off for two yellow-card offences in 7 minutes and left Chelsea with ten men with over 60 minutes left in the game. This was Chelsea’s second red card dismissal after Kalidou Koulibaly was shown red in their previous match vs Leeds. After receiving a suspension for insubordination during the match against the Spurs, Thomas Tuchel watched the game from the stands.

The Blues started the second half on fire. Sterling scored his first goal for Chelsea a couple of mins after the break with a good finish from outside the box. He could have doubled the lead minutes later but hit the post after a quick break. He eventually scored the 2nd goal after tapping in a Reece James’ cross from two yards, reminiscent of so many similar goals he scored for his previous club Manchester City. Harvey Barnes pulled one back for the Foxes, but the West Londoners ultimately held on to get their first home win of the season. The match was played against the backdrop of the ongoing transfer saga of Leicester City player Wesley Fofana who has all but signed a deal with Chelsea for £75m after the clubs agreed with the 21-year-old French.

Liverpool finally started their 2022-23 PL campaign with a big record-equalling 9-0 win over newly promoted Bournemouth after two back-to-back draws and a loss to Man United. Colombian Luiz Diaz opened the scoring inside 3 minutes, and Harvey Elliot doubled the lead 3 mins later. Trent Alexander-Arnold displayed his attacking prowess with a brilliantly taken long-range goal from outside the penalty box. Roberto Firmino made it 4 with just 31 mins on the clock before Van Dijk scored a header just before halftime from a Robertson corner.

Liverpool didn’t let up after the halftime break. Trent put a pinpoint cross into the 6-yard box for Diaz, but before he could reach it, Chris Mepham of Bournemouth turned it into his net trying to clear it. Roberto Firmino and Diaz completed their respective braces in the second half with the new transfer from Fulham Fabio Carvalho scored his first goal for the Merseyside club. Surprisingly Mohammed Salah didn’t get on the scoresheet, missing three clear-cut chances.

Manchester City had a pretty dismal start to their match against Crystal Palace at the Etihad, going down 2-0 in the first half through a Stones own goal and a powerful header from the Palace centre-back Joachim Andersen. Patrick Vieira’s side defended deep in their half, with City enjoying 75% possession but no goals to show for it. They had seven shots but none on target and saw Phil Foden missing a big chance from just outside the 6-yard box courtesy of a delightful cross from Bernardo Silva.

City looked a different side in the second half. Bernardo Silva opened the scoring with a deflected goal in the 53rd minute. Afterwards, it was the Haaland show. He first scored in the 62nd minute and then again in the 70th and 81st minute to complete his first hat trick in the English Premier League. City took on the title of “comeback kings” seriously after doing that last week against Newcastle and on the dramatic last day of the previous season against Aston Villa to pick up the league title.

Arsenal wasn’t at their best in the first half against London rivals Fulham and missed a couple of easy chances to take the lead. Xhaka missed a gilt-edged opportunity to score from a beautiful cross from Martin Odegaard to Gabriel Jesus to lay it up for the Swiss International. A Martinelli corner nearly caught out the ex-Arsenal keeper Bernd Leno who recently moved to Fulham, landing on the crossbar. In the 33rd min, a loose ball in the midfield ricochet off a couple of players and landed on the path of a lucky Bukayo Saka, who ran behind the Fulham defensive line but fluffed his chance.

Early in the second half, Fulham had a couple of good chances to score but failed to take them. Fulham took the lead after Serbian Aleksandar Mitrovic took advantage of a mistake by Arsenal center-back Gabriel to dislodge him and scored his fourth goal in as many games. Arsenal struck back within 10 minutes from an Odegaard shot which took a wicked deflection from the Fulham defender Tosin Adarabioyo to take the ball away from Leno. Gabriel then redeemed himself to score the winner from a corner in the 86th minute. The result maintains Arsenal's position at the top of the table after game week 4.

DP Asia Cup 2022 India vs Pakistan: Pandya finishes off in style for a thrilling win