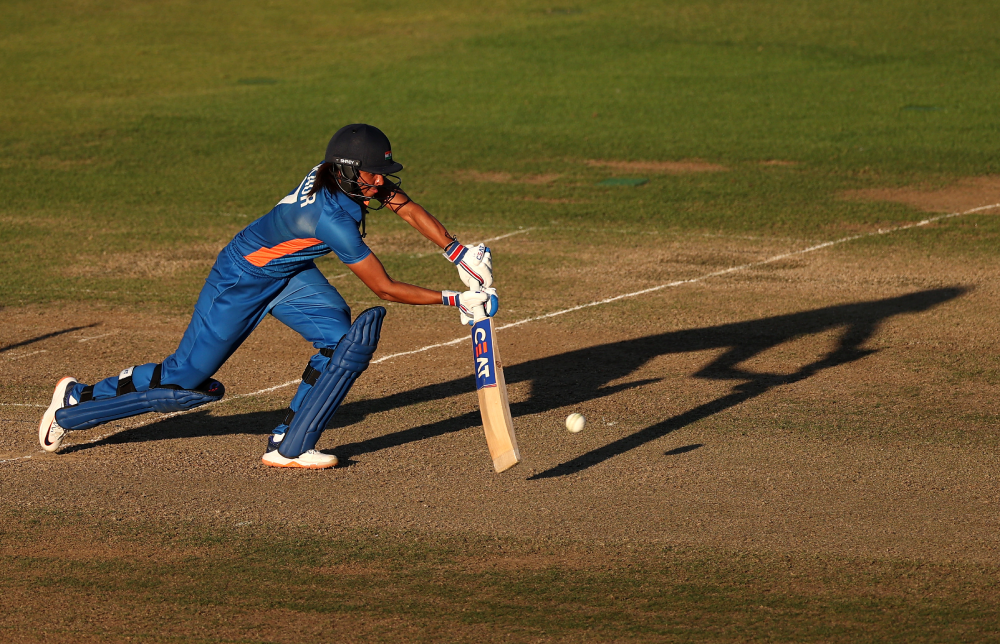 
Harmanpreet Kaur, who lives by her hero Virender Sehwag's motto of "see the ball, hit the ball," has become synonymous with the current Indian team she is in charge of coaching. This team is known for being fearless, brave, resilient, and at the forefront of the movement to eradicate stereotypes and stigmas.

Harmanpreet was born in Punjab, where her father, Harmandar Singh Bhullar, played basketball and volleyball. Her rise to the top of Indian cricket and her role as a leader of the women's revolution in a sport formerly heavily controlled by men are remarkable achievements.

Young Harmanpreet was surprised to learn that girls' cricket existed in India after being placed in one of the two cricket academies that coached young girls in her home town. She had grown up playing sports with the guys in her school, including volleyball, football, and of course, cricket.

Life soon rewarded her persistence by allowing her to don the famed blue jersey of Team India in her ODI debut against Pakistan as a 20-year-old in 2009. Three months later, she made her T20I debut. By 2013, Harmanpreet Kaur had earned a reputation as Mithali Raj's successor due to her extraordinary ability to flamboyantly clear boundary ropes.

The 33-year-old has been a trendsetter in addition to leading the generation that has been the focus of commercial campaigns, sponsorships, central contracts, and the early stages of superstardom. She became the first Indian cricketer – male or female – to be signed by an overseas T20 franchise when she agreed on a deal with Sydney Thunder in the Women’s Big Bash League in 2016.

Her impressive performance on the Women in Blue tour of Australia in January 2016 helped her land the deal. Harmanpreet had slammed a 31-ball 46 to lead the way in India’s highest-ever chase in T20 Internationals. She became the first Indian to be signed by Surrey Stars in ECB’s Kia Super League in 2017.

The year 2017 proved to be quite eventful in the career of Harmanpreet. After all, in a World Cup quarterfinal game, she ended up playing what is widely regarded as the best innings ever played by a cricketer, male or female.

Facing giants Australia in the all-important semi-final of the 2017 ICC World Cup in England on July 20, 2017, India was limping at 35 for two while batting first in the rain-curtailed contest that had been reduced to 42 overs a side. With Smriti Mandhana and Punam Raut having departed, Harmanpreet walked in with a hunger in her eyes and accompanied the legendary Mithali Raj at the crease.

The then-28-year-old exerted plenty of steadiness and was watchful to begin proceedings. She set the tone with two supreme drives off the front foot for a boundary – the first one piercing the covers and the second one straight down the bowler’s throat. Her first half-century arrived in 64 balls. The gears started to switch as Harmanpreet made 78 runs off 81 deliveries, and from that point on, the tables turned quickly.

The Australian bowlers were unwary of the Category 5 storm that was about to hit them as Harmanpreet went from cautious to tumultuous in a matter of minutes. Out came the berserk boundaries and the stunning sixes as the opposition bowlers were left dumbfounded. They tried everything, including adjusting the bowling sides and lengths, but nothing was successful.

Harmanpreet pounced on every inadequate delivery and punished it with utter disdain to bring up her subsequent 93 runs in just 34 deliveries at 16.41 runs per over and making a mockery of the defending champions in the process. The storm subsided once they had reached the end of the innings, with Harmanpreet raising the bat and soaking in the applause after remaining not out on 171 from just 115 deliveries – the third-highest individual score in a World Cup fixture. Her mammoth innings included 20 boundaries as well as seven gargantuan sixes.

With the help of her effort, India sailed to a competitive total of 281/4, which put Australia on the back foot. The bowlers reaped the rewards and bowled out Australia for just 245, thus progressing to the final against hosts England in a memorable fashion.

The ladies in blue, on the other hand, suffered a crushing defeat in the championship match that they could have, nay should have, won. The team suffered an inexplicable collapse with the bat. Unfortunately, that no-show came to characterise Team India in big matches and finals on multiple occasions since then, most noticeably in the 2022 Commonwealth Games final against Australia.

Harmanpreet had also captained the Indian team in the final of the 2020 T20 World Cup against Australia in front of a record-breaking attendance for a women’s match at the Melbourne Cricket Ground. On that occasion, though, India did not even come close to competing with the hosts.

The lack of silverware has been a burning question despite the evident brilliance of the Indian team in the women’s game. Harmanpreet is undoubtedly sick of having to defend the team's lack of success in news conferences and interviews at this point.

However, as is always the case in sports, there’s hope on the horizon. With the old guards Mithali Raj and Jhulan Goswami bidding their final hurrahs, the onus is now on Harmanpreet Kaur and her band of badasses to sustain this brilliance and ensure that it leads to tangible results and trophies. In Harmanpreet, Team India couldn’t have asked for a better leader at the helm to ensure that the girls remain motivated on the mission to achieve something larger than themselves.