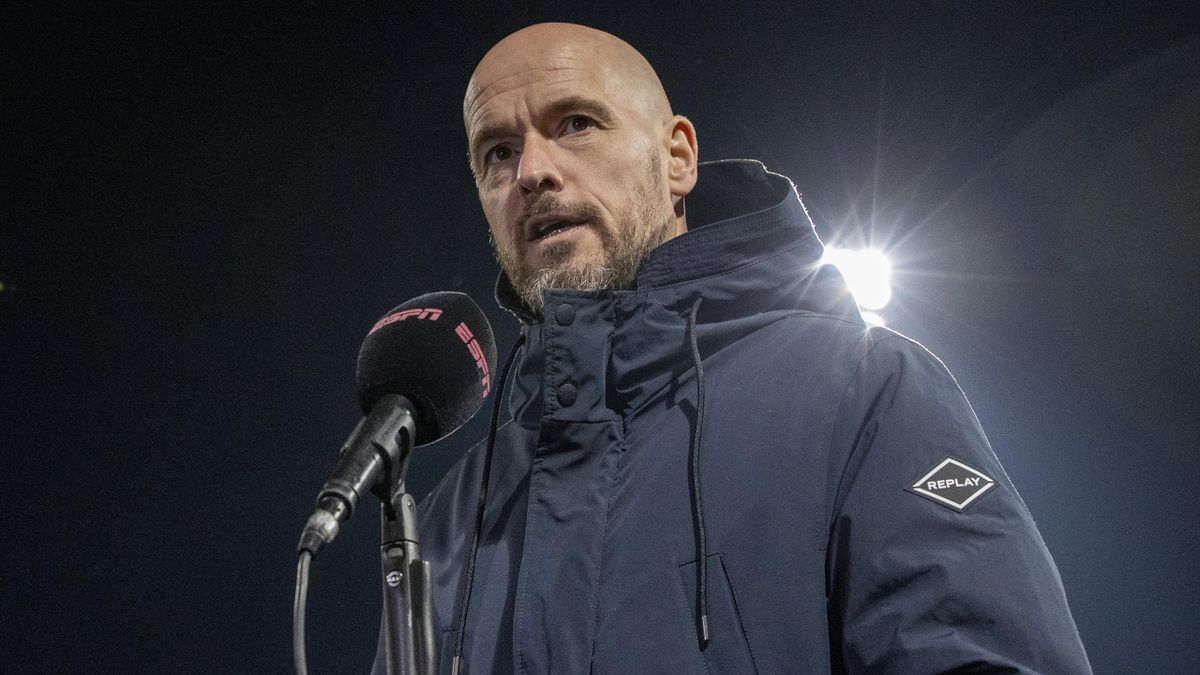 How has the Dutch League shaped Eric Ten Hag for Manchester United?

1-4. That’s what the scoreboard read after the 90 minutes at the Bernabeu. A historic victory that dumped Champions League holders Real Madrid out on a 5-3 aggregate. And that’s how Eric Ten Hag’s Ajax declared themselves on the world stage. They had made it into the UCL semi-finals for the first time in 22 years after defeating another European powerhouse, Juventus, 3-2 on aggregate in the quarterfinals. They did that by playing an attacking, high-pressing, slick & fluid brand of football.

Ten Hag led them to a domestic double that same season after taking over the club in Dec 2017 and then again in 2020-21. Ajax won the Eredivisie Ten Hag in 2021-22 as they lost the KNVB cup final to PSV Eindhoven 2-1.

Management in elite European club football is all about finding the right balance — between defence and attack, between being proactive and reactive and about having an overarching philosophy and adapting your approach to the players at your disposal.

Ten Hag hasn’t yet worked in a major European league, yet Ajax’s Champions League record demonstrates his capability of building sides to compete with elite European clubs. Their dramatic loss against Tottenham Hotspurs in the semi-finals of the 2018-19 Champions League will always remain a pang of regret for Ten Hag.

Ajax under Ten Hag played out confidently from the back, not just keeping the ball but also progressing up the pitch and dragging opponents out of shape. In part, that’s because Ajax is so effective at varying the way they manage possession. Their defenders are encouraged to be aggressive in their possession. Not only are the centre-backs good distributors, but they’re also comfortable at carrying the ball up the pitch.

He will have to work this into United’s defenders — Harry Maguire was particularly renowned for aggressive forward dribbling at Leicester though he hasn’t played the same way at United. Victor Lindelof, on the other hand, can be shaky at times in possession while Raphael Varane, although highly regarded while at Real Madrid, relied heavily on Sergio Ramos and used his recovery skills to his advantage. The fullbacks — Aaron Wan-Bissaka and Luke Shaw- have blown hot and cold under the previous regime. Even though they are attacking fullbacks, there are some glimpses from Shaw before where it hasn’t been a constant theme throughout his time at United over the last eight years. The backups in Diogo Dalot and Alex Telles haven’t been shaking trees either. And the less said about Phil Jones and Eric Bailly, the better.

Ten Hag’s ideal midfield trio wouldn’t require fixed roles like a defensive midfielder, box-to-box player or a central playmaker but players having the capability of performing in multiple roles as the demand arises. In keeping with the great Ajax philosophy, Ten Hag demands an attacking approach from his forwards. He has used false 9s and traditional 9s in his attacking setup over the years. The forwards often interchange positions and employ a fluid shape by constantly changing the positions, making it hard to pin them down. They often combine with the attacking fullbacks to create more footing for high-quality chances, keeping his attacking style intact.

However, at the United, he would have a 37-year-old Cristiano Ronaldo at his disposal. There have already been talks in the last season about how difficult it has been to integrate him into the existing attack. While his attacking output has been decent, the number of the other attackers around him has faltered. Jadon Sancho and Anthony Elanga, the commonly used wide forwards under Rangnick, have not been performing up to their potential.

This implores the question of how effective Ten Hag will be at a club where player power is rampant and where success hasn’t been a thing since Sir Alex Ferguson left the club. A club where great managers like Louis Van Gaal and Jose Mourinho have failed to turn the tide and where there hasn’t been a particular playing philosophy in place owing to the repeated changing of managers. There are clear signs of players being unfit to perform at an elite level which the likes of their neighbours, Manchester City and old rivals Liverpool have been doing. But that is precisely why Ten Hag’s appointment is so exciting and potentially transformative.

How did CM Punk's style change as he joined AEW after his seven-year hiatus?