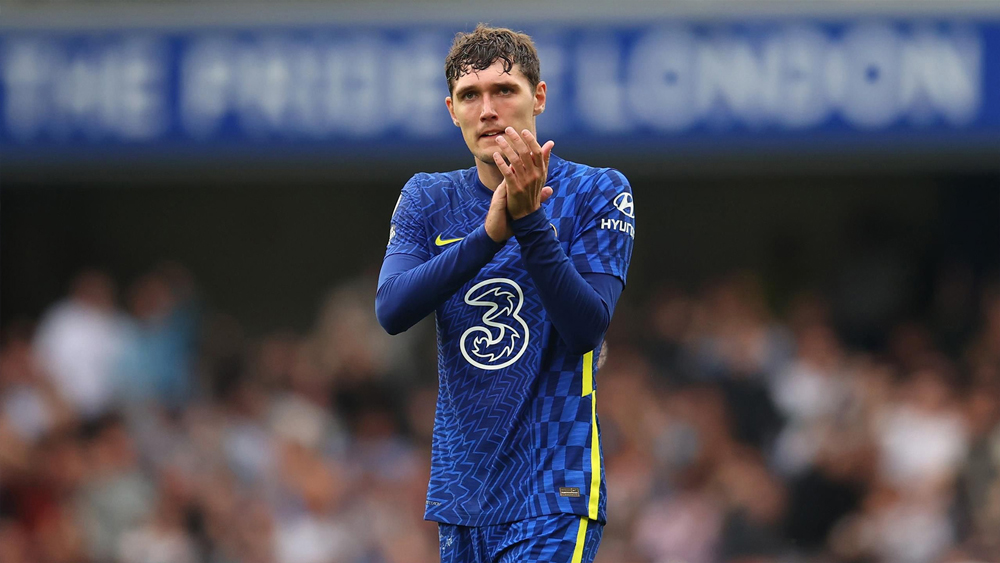 Barcelona has completed the signing of Andreas Christensen on a free transfer from Chelsea. Christensen, 26, left Chelsea upon the end of his contract at the end of the 2021-22 season. The centre-back has signed a four-year contract at Barcelona, having spent the past decade in west London. The Danish international made his Chelsea debut in 2014. He spent two seasons on loan at the German side, Borussia Monchengladbach, between 2015 and 2017 before returning to Chelsea. Christensen leaves Chelsea, having made 161 appearances for the club and winning the UEFA Champions League and UEFA Europa League.

He joins a Barcelona defensive unit that includes Gerard Pique, Eric Garcia and Samuel Umtiti and here we will see how he fits into their system.

Christensen primarily operates as a central centre-back in a 3-man or a right centre-back in a 2-man defence but offers positional fluidity and has fulfilled a more conventional right centre-back role last season. Chelsea arguably was at their defensive best when Christensen took up the RCB role in a back three, with Thiago Silva and Antonio Rudiger completing an enviable defensive partnership which only conceded four goals in the UCL winning run of 2020-21.

Christensen is a proactive rather than a reactive defender, pre-empting any dangerous situations and dealing with them, defending on the front foot instead of having to make recovery tackles to stop the opponents from getting into dangerous areas. He isn’t seen as a physical centre-back, winning aerials duels, flying into tackles and leading the defence but more as a defender capable of playing out from the back.

His avg of 1.14 tackles per 90 places him in the bottom 23rd percentile out of other centre-backs in Europe. At the same time, his avg of 2.96 interceptions per 90 places him in the top 7th percentile. The disparity between these two figures shows that he can predict attacking combinations and negate passing patterns rather than conceding ball control in tactically dangerous areas.

Christensen stands apart from other top-tier centre-backs, and Barcelona has noticed this. He can gradually develop play from the back and control possession. Barcelona, led by Xavi, prefers to advance the ball by constructing from the back and pulling in opponents to confuse their defensive alignment. A key component of Christensen's skill set that would serve him well in Camp Nou is his brilliance with the ball and tactical awareness.

His 76.92% passing accuracy into the penalty area is the highest out of all Premier League centre-backs last season, with 89.29% passing accuracy into the final third places him 4th on the list. This indicates his ability and skill level in starting attacks from the back, making him a consistent and dangerous threat in possession. Christensen's exceptional passing accuracy makes him ideal for Xavi's Barcelona, given the freedom Xavi provides his centre-backs in possession, including getting opposing attackers to press high and being able to complete direct, vertical passes to the forward areas.

Christensen's improving passing metrics serve as a further illustration of his passing prowess. His avg of 3.96 progressive passes and 4.82 progressive carries per 90 places him in the top 12th and 9th percentile, respectively, out of other centre-backs in Europe, indicating his ability to break the first line of pressure and advance the ball from deep inside his box.

Also, his ability to drive forward and carry the ball helps disrupt the opposition's defensive shape, creating attacking sequences from stalemate positions. Drawing in opposition players and beating them ensures that numerical advantage is gained further up the pitch and completely disrupts the opponent’s defensive shape.

His avg of 8.61 progressive passes per 90 (accuracy of 75%) again comfortably places him above the league average of 7.18 (accuracy 68.21%). These statistics show that when he has the ball, he can easily exploit forward passing lanes, which aids in controlling the opposition's defensive strategy and producing opportunities.

Christensen possesses astute tactical know-how and defensive judgment as any other centre-back his age in the world at the moment. His performances for Chelsea tend to go under the radar because of his methodical breaking down of attacking sequences and steady defence as opposed to flying into challenges and entertaining the crowd.

He has the technical and mental qualities needed in a modern defender. Christensen assumes the role perfectly for this current Barcelona side and would fit into the style Xavi has installed in his invigorated Barcelona team.