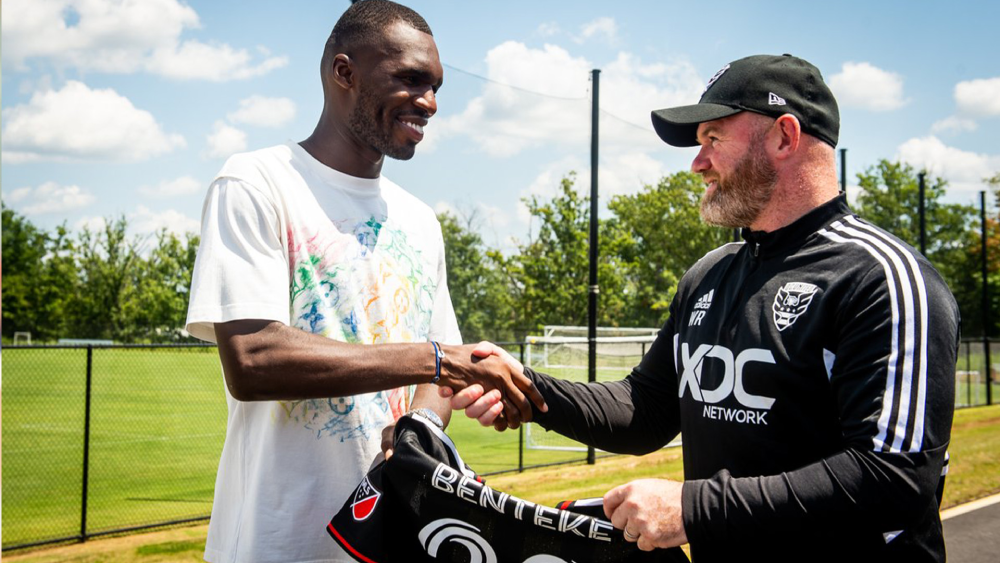 
D.C. United suddenly acquired a striker who had previously played for Crystal Palace and Liverpool. No one anticipated the Belgian striker's transfer to the MLS; thus, it came as a complete surprise. Many believed Benteke had a couple more seasons to provide the Premier League. When the sale of Benteke was made public, it became clear that Wayne Rooney had a significant influence.

Benteke joined D.C. United on a 2-and-a-half-year deal with an option to extend one more year. He played for the East London club in 177 league and cup games and scored 37 goals in 6 seasons.

He joined Aston Villa after moving to the Premier League from Genk and then played for Liverpool under Brendan Rodgers and Jurgen Klopp. With Villa, where he had his most productive three seasons, he scored 49 goals in 101 games.

Benteke has played 45 times for Belgium and has scored 18 goals. He competed for teams in the Euro 2016 and Euro 2020 tournaments.

In the summer of 2012, he moved from Genk, back in Belgium, to Aston Villa at 21. Many Villa fans thought of him as a youthful centre-forward with technical ability, aerial menace, explosive pace, and a superb eye for goal.

The best teams in Europe began scouting him as soon as he joined Villa and were frequently spotted at Villa Park to watch the young player play. In his first season with Villa, he broke Dwight Yorke’s record (17 goals) by scoring 19 goals in a season.

Liverpool would acquire him in the summer of the 2015–16 season. Benteke was a Rodgers acquisition, and after his contract expired in October 2015, Jurgen Klopp took over.

Benteke, who was always going to be a victim of his circumstances, had the terrible timing of moving to Anfield during the same summer as Roberto Firmino. Firmino was Klopp's first-choice striker, and the Belgian gradually found himself on the bench since the German manager usually favours players with a passion to drive and pressurise the defence.

He needed to transfer to a new club to have more playing opportunities, and Crystal Palace came in with a club-record cost.

The second-most costly acquisition in Palace's history was Benteke. When he joined Palace, Sam Allardyce liked him right away. He produced around a third of Palace's 50 league goals during his rookie campaign.

Soon after, he began to experience injury problems and was unable to return to the starting line-up frequently enough to benefit Palace. He faced difficulties when Palace added extra strikers, which knocked him down the line-up.

Several teams, primarily European teams, sought to recruit him last season, but Palace wanted Benteke to remain as a key player on the team.

He now has new difficulties after coming to the MLS. He possesses the athletic prowess necessary to succeed at DC United. Additionally, Rooney is aware of his position, which will strengthen the manager's support for him in reviving his career.

Benteke still possesses the intelligence to perform at a high level, the finishing ability, and the motivation to keep evolving and becoming better as his environment changes. The only thing that matters in this situation is how he can stay healthy and available for DC United.