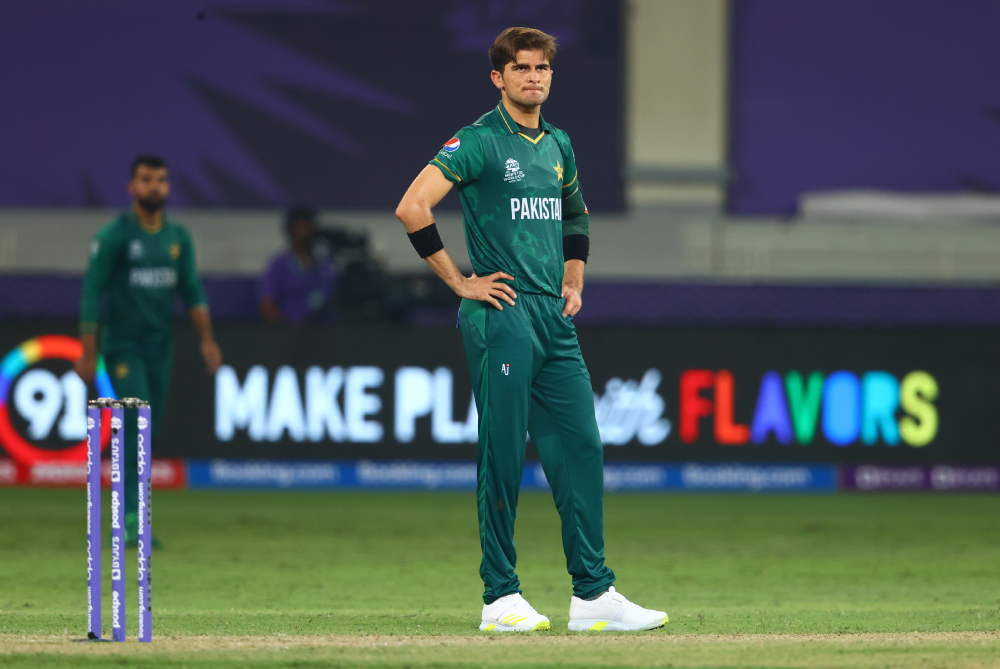 Pakistan's leading fast bowler Shaheen Shah Afridi is out of the Asia Cup (Asia Cup 2022) due to a knee injury. He will also not be able to participate in the T20 series against England. The Pakistan Cricket Board's medical team has advised him to rest for four to six weeks. Meanwhile, the treatment of this injury will be in Dubai, and since the Pakistan team for the Asia Cup is also in Dubai, Shaheen will be with the team.


A few days ago, the Pakistan Cricket Board (PCB) issued a statement informing us that Shaheen was out of the tournament. The board had also said that it would take a few weeks for Afridi to make a comeback. After receiving the scan report, PCB consulted experts. After this, it was decided that he would not be able to play for a long time.


Apart from Shaheen being injured, Pakistan left out Hassan Ali from their squad for Asia Cup and will now field a fast bowling attack with less experience in the tournament. Pakistan begins its Asia Cup campaign against India on August 28 in Dubai. Shaheen had played a crucial role in Pakistan’s victory in the last T20 World Cup. The left-arm pacer set the tone for Pakistan in the T20 World Cup last year by rattling India's top order in their high-octane opener in the 2021 T20 World Cup, winning the Player of the Match award for his spell of 3 for 31 in four overs.


Shaheen's absence will deprive Pakistan of variety in their bowling attack due to the lack of a left-arm fast bowler in their squad. He is essential for Pakistan because of the new ball. In this format, you have to restrict the opponents by taking early wickets, and Shaheen is an expert at that. He attacks the stumps every time, and he's hungry for wickets. Shaheen Afridi is the biggest match-winner for Pakistan across all the formats.


Pakistan has a solid group of quicks in Naseem Shah, Mohammad Wasim Jr, Shahnawaz Dahani, and Haris Rauf in the squad for the Asia Cup 2022, where they will face India in their opening clash on August 28.

Shaheen Afridi has been integral to Pakistan's success in T20I cricket. Haris Rauf, who can step in as the hero in Shaheen's absence, will have an additional duty. Rauf, who always acted as a supporting bowler for Shaheen, has to step up and be the central man in his absence. Rauf is a Pakistan pacer who can hit the 150 km mark consistently and has been a good performer in the Big Bash League (BBL) and Pakistan Super League (PSL). So, Haris is now returning to a cricketing venue that he knows very well and could be dangerous to the opponents. He is known for his quick pace and will bear additional responsibility. In 35 T20Is, he has picked up 42 wickets at an average of 24.85.

Mohammad Hasnain, who replaces Shaheen Afridi in the Pakistan squad for Asia Cup, made his T20I debut in May 2019 and has represented his nation 18 times since, in the shortest format. He has 17 scalps to his name at an economy rate of 7.90. Hasnain hasn't played a single T20I game for Pakistan since December 2021, taking part in the T20I series against West Indies. Hasnain has further played 82 T20 matches for various franchises across the world. It will be a big test for the youngster as Shaheen's injury is a big blow to Pakistan's chances of winning the Asia Cup.

Likewise, Mohammad Wasim Jr. has so far appeared in 11 T20 games for the Pakistani team. He has taken 17 wickets in 11 innings at an average of 15.88. In T20 international cricket, he is also known for the stunt of capturing four wickets in one go. Wasim's best bowling performance during this period has been four wickets for 40 runs.

Naseem Shah has not yet gotten a chance to play T20 International for the Pakistan team. Although, he has played Test and ODI matches for the Green Army. Shah has 33 wickets in 17 innings of 13 matches in Test cricket and 10 in three ODI innings.

Pakistan has one of the best top orders, which includes Babar Azam, Fakhar Zaman and Wicketkeeper Mohammad Rizwan. Pakistan's middle order is very unpredictable and lacks consistency. All-rounder Shadab Khan has been contributing with the bat for his team by Scoring crucial runs in the death overs for Pakistan. However, the lack of wickets might impact his confidence and bowling performance.

In Shaheen Afridi's absence, the pace-bowling attack is a drawback for Men in Green. The inexperience of Naseem Shah in the T20I can cost them heavy, while the T20I economies of Haris Rauf and Shahnawaz Dahani are on the higher side. Afridi's replacement Mohammad Hasnain, who has played 18 games and bagged 17 wickets, will find it challenging to absorb pressure in the high-octane clashes in the tournament.

Shaheen being sidelined will be a significant advantage for other teams, especially for arch-rivals India. But it would be interesting to see how the Pakistani Pace bowling department will click together in the absence of the Star bowler.