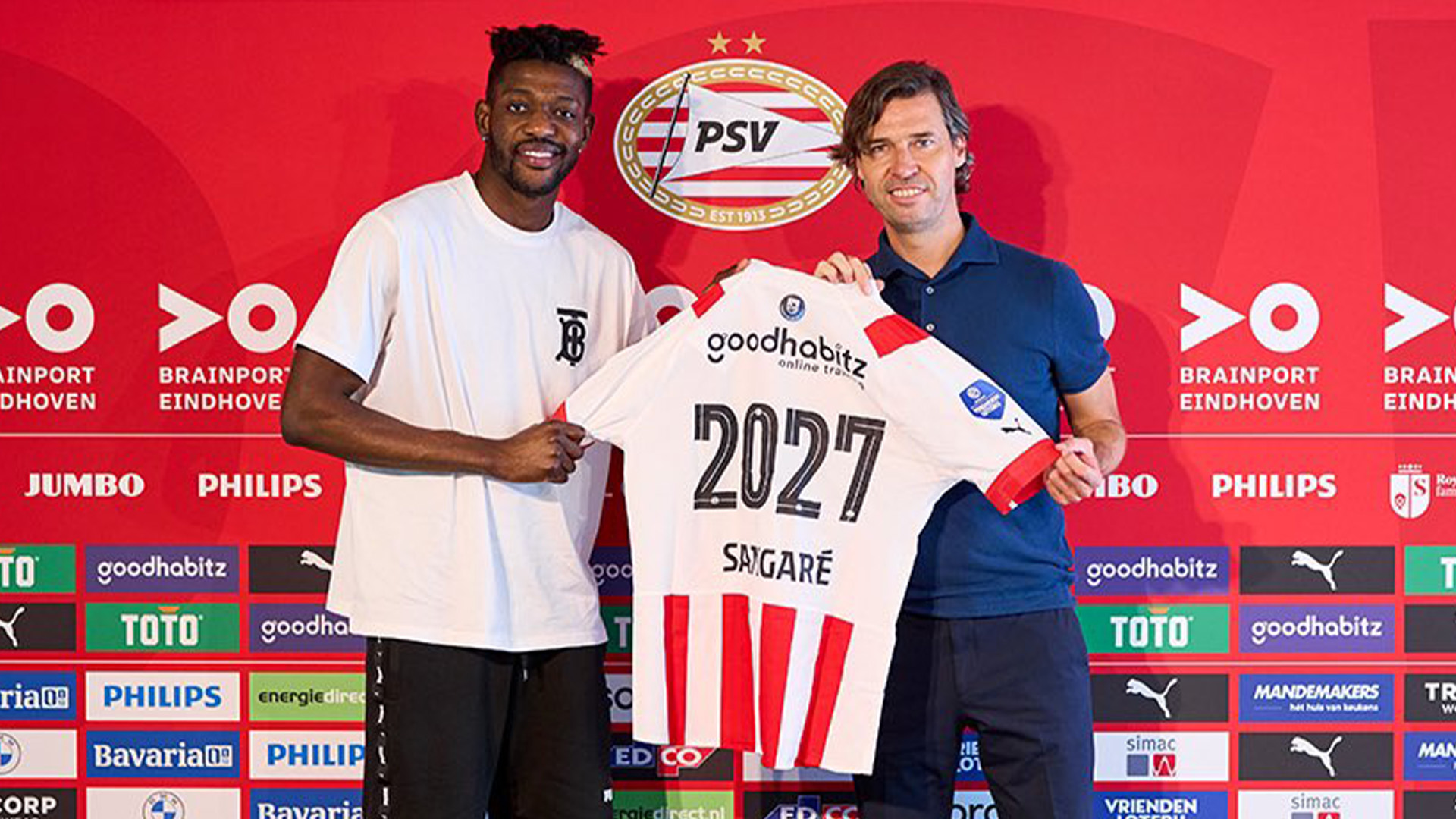 
PSV Eindhoven has an excellent record of developing youngsters into superstars. Some of the players that PSV has sold over the last two decades alone include Ronaldo Nazario, Ruud Van Nistelrooy, Arjen Robben, and Memphis Depay, among others. The current crop of players under Ruud Van Nistelrooy has many potential superstars: Cody Gakpo, Noni Madueke, and Ibrahim Sangare. All the above players formed the spine of the team that won the KNVB Cup in 2022 under Roger Schmidt. In this article, we are going to talk about Ibrahim Sangare.

Sangare started his professional career at the Ivorian club AS Denguele. He signed for Toulouse in 2016. He played with their reserve team and had his breakthrough in the 2017/18 season. Issa Diop and Alban Lafont were on Toulouse's talented team. However, they had a difficult season and just avoided being relegated. Everyone was impressed by Sangare's performances. He stood out in an underperforming team which was very low on confidence. He moved to PSV Eindhoven in 2020 after Toulouse was relegated to Ligue 2. Under Roger Schmidt, he has developed his game further and was a target for European giants like Chelsea, Liverpool and Manchester United as he had a relatively low release clause in his contract. He signed a new deal in August 2022, extending his contract to 2027.

The 24-year-old has a towering imposing figure. The youngster is a defensive machine, averaging the most tackles and interceptions in the Eredivise. He forms a great partnership with Eric Gutierrez, who is responsible for progressing the ball to the final third. But just being a defensive shield is just one side of his game. He is athletic, and despite his big frame, he is very comfortable with the ball at his feet. It is difficult to knock him off the ball. His ball-carrying ability is a real asset as it takes the pressure off the backline. He drops between the centre backs and carries the ball in the middle third.

Progressive Passing statistics of Sangare at Toulouse show that he is in the top 2-3 % of midfielders for progressive passes and even passes into the final third. When you add his progressive carrying into this, coupled with his excellent work rate and defensive numbers, you have a complete midfielder who can play several roles in the midfield like a Swiss Army Knife.

Talking more about his progressive carrying ability, of the 69 players to attempt 50 or more dribbles in the Eredivisie this term, Sangare returned the eighth best success rate (68.1%), and he breaks the opposition midfield ranks without so much as a breaking a sweat. As a result, new attacking third angles become available for teammates to take advantage of.

Ibrahim Sangare was the only player in the Eredivisie to make more than 1.5 tackles, 1.5 dribbles, 1.5 interceptions, and 50 passes in every match. According to Soccerment, Sangare’s three goals came from an xG of 1.52, meaning he can be clinical when going forward. He had an xOVA of 1.35 and an xT (Expected Threat) of 2.12, which included 1.61 from passes.

Sangare is not without his flaws. Though his passing abilities have increased appreciably, he still struggles at completing elite game-breaking passes. His positioning in the build-up can be flawed, which can be corrected by better coaching. He can sometimes get into trouble by overextending during his dribbling forays and losing possession in the middle third.

Despite the above discrepancies in his game, he will be an excellent addition to any club looking for an imposing presence in the midfield. He is versatile and can play a variety of roles. Since joining PSV, he has improved significantly. It would be very intriguing to see which club would take a punt on him. Whichever club he joins, it’s an assurance that he will become a mainstay in the midfield at that club.