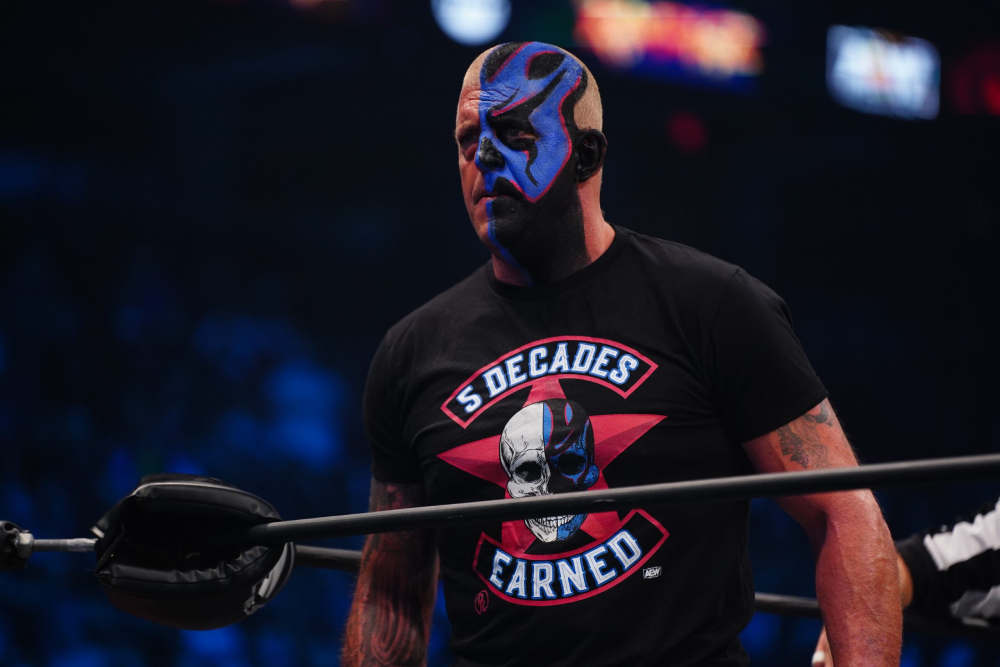 
Longevity is a very undervalued and rare trait in the sports entertainment industry. While it is hardly seen, it is normal for wrestlers to not wrestle past a certain age considering the rigours of the business don’t allow the body to last too long inside the ring for a long time. Injuries are always a massive risk, and the wear and tear of the body can take a toll at various points of a wrestler’s career. Some athletes, though, are perfect examples of longevity and they simply keep going.


One of them is Dustin Rhodes, also referred to as Dusty Rhodes Jr. or Goldust. Rhodes started working professionally in the late 1980s, and even though it has been more than 30 years, he is still technically on the All Elite Wrestling roster. The Austin native may be ready to hang up his boots at this point.


That isn’t because he’s 53. AEW have Sting as a rather active member of the roster, and he’s 63. Rhodes is ten years older, but the company is going in a direction where there is more focus on promoting the younger talents. That is why Sting is still used, and that is pretty much why Rhodes was last used - in a title match against Claudio Castagnoli and earlier this year against 29-year-old Sammy Guevara. It was the perfect usage of a veteran who can still fight in some battles while helping the younger stars grow.


His direct involvement in the last feud came against The Dark Order, and even during that, the veteran managed to put over members of the faction. When the need arose, Rhodes also had an excellent match against his brother - Cody Rhodes, playing a vital role in making sure that the current WWE star became the face of AEW.


Dustin has always been this enigmatic character who has captured audiences from far and wide - as Goldbust or as just himself. He’s had this mystical aura about himself, which has often set him apart from others and perhaps that will always stay forever. And as of now, he probably has nothing more to prove in the business anymore - at least for himself. He has won titles pretty much everywhere that he has gone, apart from AEW itself.


Only he knows how long he can go, but that is what AEW has been excellent at - finding the right roles for the right people in their roster. It never comes across as a random booking to fulfil a purpose - as WWE has done in the recent past with various famed names. Even if Dustin Rhodes isn’t active, he has a role to play whenever he steps foot in the ring, and it corresponds to his seniority and veteran status. It is never degrading, and if it doesn’t help him, it helps the wrestler that he’s in the ring with. AEW have used Sting and Rhodes in this way - the same is for Matt Hardy and Chris Jericho, and they aren’t young either.


The fact that the 53-year-old hasn't been active for very long in 2022 suggests that things in his career may end. The match against Claudio Castagnoli was a sign of how far he’s fallen physically and the gulf between younger wrestlers and him. Everyone knows that Dustin is to be used by AEW to put younger stars over, but if there’s anything that makes pro-wrestling great is the unpredictability.