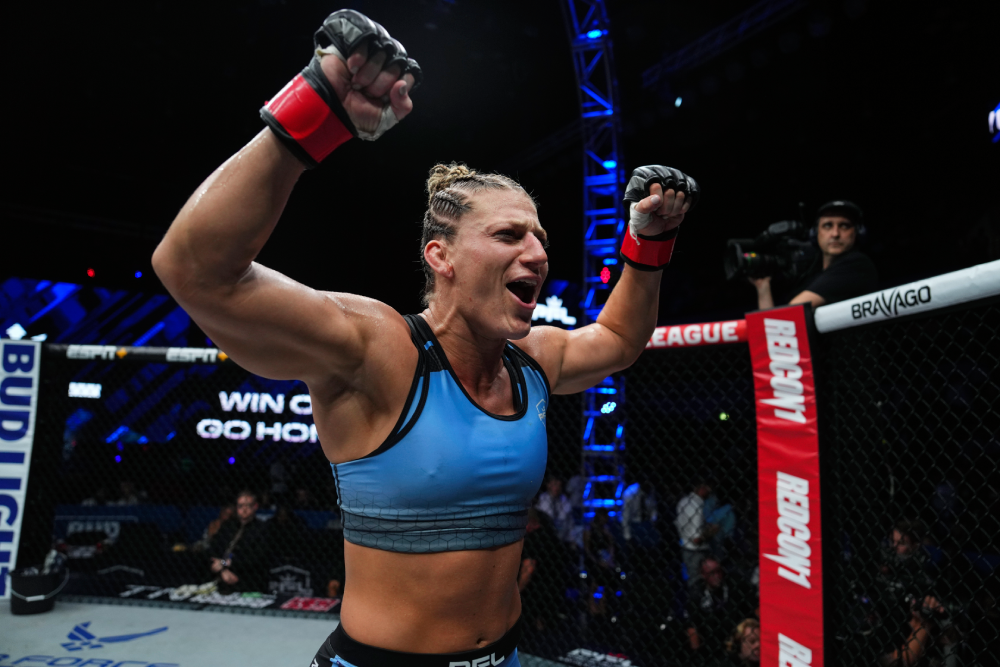 Is Kayla Harrison the best fighter in Professional Fighters League?


32-year-old Kayla Harrison heads into her third PFL Championship final, looking to secure her third consecutive title and third $ 1 million cheque. In November, she is undoubtedly the superstar of the Professional Fighters League, but how did she start in MMA and what is her background?

As it stands, Kayla Harrison is the only American to win an Olympic gold medal in Judo. Starting at 6, she was introduced to the sport by her mother, who was also a black belt in Judo. Despite problems with her former coach (to which she recently testified in court, which saw her former coach sentenced to 10 years in prison for sexual assault), Kayla had already won two national championships by 15.

Despite the USA not qualifying for the 2008 Olympics in Judo, she went on to win the Junior World Championships in the same year. In 2010 she won the World Championships in the -78kg category. But in London in 2012, she realised a childhood dream and made history by winning gold in the -78kg Category against home fighter Gemma Gibbons and became the first-ever American to win gold in Judo. Four years later, in Rio, she secured her second consecutive Olympic gold medal defeating Audrey Tcheumeo of France, who she had previously lost to back in 2011 in the World Judo Championship Semi-Final.

Kayla Harrison decided to go professional in 2016 when she signed up to the former World Series of Fighting, now known as the PFL (Professional Fighters League), initially just to commentate. The former training partner of former UFC star Ronda Rousey finally had her debut fight in 2018, surrounded by a lot of hype when she faced Brittney Elkin in the Lightweight division, winning by armbar submission in the first round. From the start, Kayla destroyed opponent after opponent to become the most dominant PFL fighter, if not the whole of Mixed Martial Arts.

In 2019 Kayla won her first Lightweight tournament defeating Larissa Pacheco in the final, dominating her opponent from the start and showing her superior grappling skills to secure the belt. In 2021 Harrison retained her title (2020 PFL was cancelled due to the pandemic), beating Taylor Guardado in the 2nd round by armbar submission, taking her unbeaten record to 12-0. Following the defeat of Guardado, there were rumours of a move to Bellator and even the UFC, who offered Kayla lucrative deals to join their agencies. But Harrison decided to extend her contract with the PFL in early 2022 and signed a multi-year contract extension. After extending her contract with the PFL, Kayla Harrison has since gone unbeaten again, taking her record to 15-0, where she will now fight for her third consecutive PFL title in November 2022 in a trilogy fight against old foe Larissa Pacheco.

What is next for Kayla Harrison?

First of all, Kayla has to defend her title against Larissa Pacheco in November, which will be no easy task. Kayla has previously spoken about her legacy and wants to be known as the most dominant MMA of her era. In doing this, she will have to fight Cris Cyborg in a crossover promotion. This would tie into the PFL announcing a pay-per-view fight division next year, which is aimed at Kayla Harrison after she announced this probably will be her last PFL season and will concentrate on the new pay-per-view model. Kayla has also previously mentioned fights against Cris Cyborg of Bellator and Amanda Nunes of the UFC, which will all be huge, and legacy-defining fights. But Kayla Harrison is not finished yet, and the scary thing is, that she may only just be getting started.

Rory McIlroy: Why the Irishman is currently the best golfer in the world