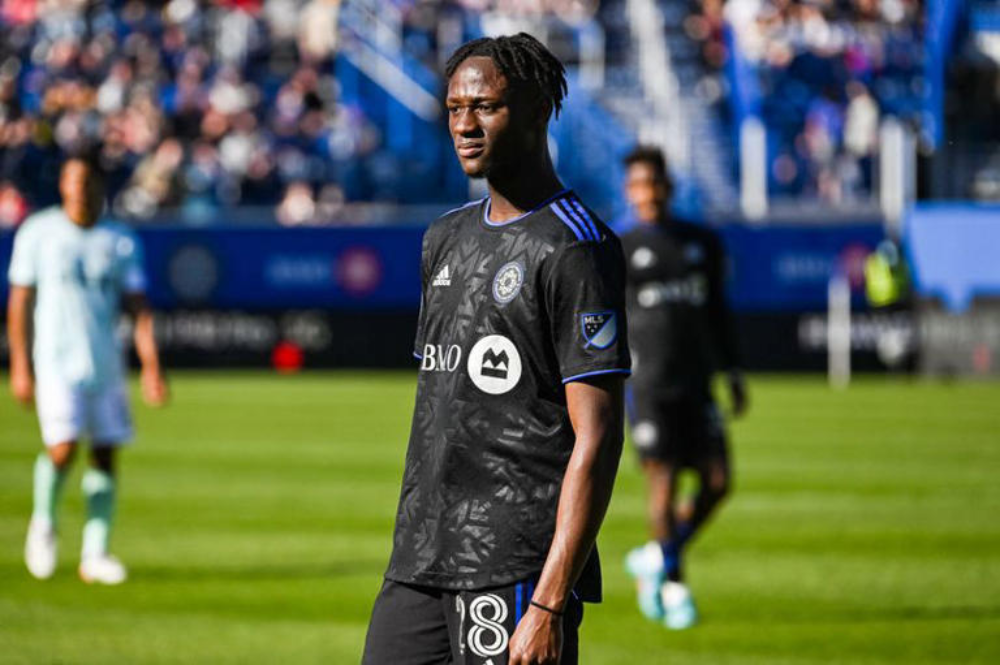 In recent years, many bright young talents have emerged from Canada, notably Alphonso Davies at Bayern Munich, coming through the ranks at Vancouver Whitecaps. This season has seen the rise of another Canadian starlet in Ismaël Kone of CF Montréal, who has been a standout player in the MLS in his first professional season.

The story so far

At just 20 years of age, Kone is mature beyond his years and has made the step up from the Première Ligue de soccer du Québec seamlessly. Starting with semi-pro team Club de Soccer Saint-Laurent, Kone has had somewhat of a meteoric rise in the last two years. He made his senior debut for Canada just a month after his first appearance for his current team CF Montréal.

After trials with Genk and Mouscron in Belgium were unsuccessful due to COVID restrictions, Kone finally signed a deal with CF Montréal in the MLS, running until the end of 2022. In his first season with The Impact, the 20-year-old has looked assured and confident in the midfield despite having never played at the professional level. According to Transfermarkt, Kone is now the seventh most valuable Canadian player, with his market value increasing almost 100-fold in the last year to £4.05 million.

Standing at 6 ft 2 in (1.88m), Kone is a physical presence in the midfield. His standout attributes are in the advanced position of the pitch, dribbling, long passing and breaking into dangerous areas. He has mostly operated in central midfield this season but is no stranger to playing a deeper or more advanced role.

Interest in the Championship

As with much of the young talent that arises in the MLS, interest from abroad is often hard to ward off. Having already seen a move to Norwich break down in July, Kone was recently the subject of interest from Championship high-flyers Sheffield United. Transfer expert Fabrizio Romano broke the news on the English Transfer Deadline Day that United’s Norwegian star midfielder Sander Berge was to join Club Brugge with Kone lined up as his replacement, having agreed on a deal with CF Montreal for 4.5 million. Ultimately though, Berge remained at the club, and a transfer for the Canadian starlet failed to materialise.

In a press conference hosted by the club, Sheffield United manager Paul Heckingbottom said that Kone was never intended as a replacement for Berge, who he deems irreplaceable but did hint that the club may return for the young Canadian in January.

His current deal with CF Montréal is due to expire in December. But according to Transfermarkt, the club has an option to extend for another two years. With the Blades pushing for promotion this season, questions have arisen over whether Kone can make the step up to the Premier League and whether manager Heckingbottom will reconsider a deal come January.

Kone is a bright talent who, provided he continues in his development, could nail down a starting place in the Canadian national team come to the World Cup in December. With his current level of performance, it is hard to see Montréal hanging onto the 20-year-old for much longer. He has areas to work on, but all the signs are there for Ismael Kone to become an excellent midfield player in the future.