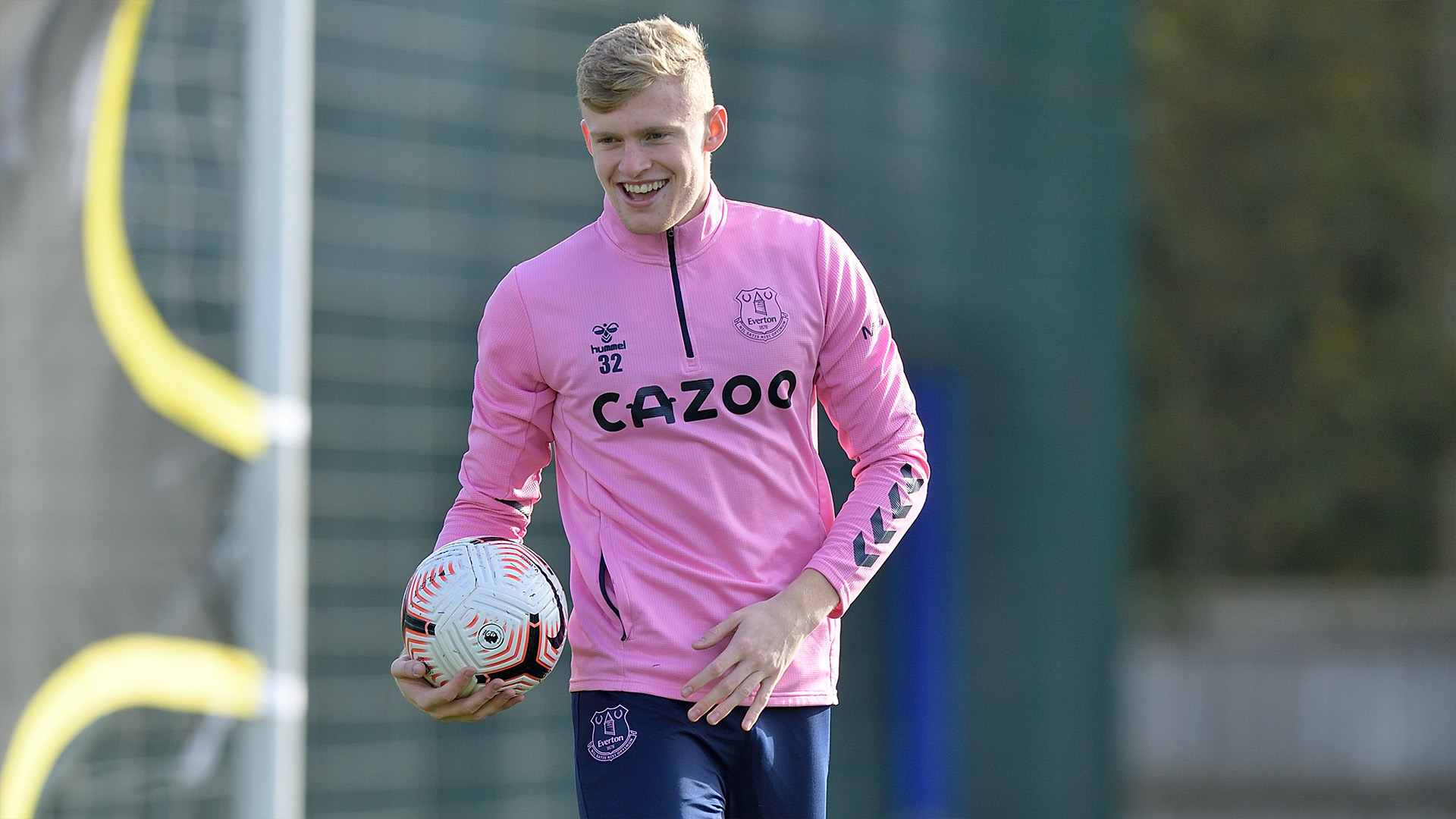 It has been all change at PSV Eindhoven this summer from playing personnel to the dugout and the boardroom - change has been par for the course at Philips Stadion. The appointment of club legend Ruud van Nistelrooy has taken most of the headlines. But the return of former Director of Football Marcel Brands has also played a vital role in the club’s terrific start to the season.


Brands departed Philips Stadion in 2018 after eight years in the role to join Everton but have since returned following unsuccessful three-and-a-half years with the Toffees and have brought 20-year-old Jarrad Branthwaite with him.


Branthwaite, a six-foot-four centre-back, was signed from Carlisle in January of 2020 for £990k and has signed on a season-long loan deal to add a defensive cover to RVN’s side.


While certainly not somebody expected to start every game, his brief cameos in the tense Champions League qualifying games against Monaco and Rangers suggest the Englishman is certainly counted. But what exactly is PSV getting with Branthwaite?


Signed by boyhood club Carlisle United in 2013, Branthwaite ascended through the ranks with the Cumbrians before making it to a League Two bench for the first time as a sixteen-year-old in March of 2019. He continued to take his spot in reserve going into 2019/20 before Steven Presley eventually threw the then-17-year-old defender in - starting him in a 2-0 defeat to Plymouth in October.


At that level, Branthwaite was a prominent league two defender who imposed himself in his early appearances with a strong ability and calmness on the ball, matched with terrific defensive acumen and desirable physical features. His height helped accelerate a path to the first team, and the development of a terrific burst of speed while being naturally left-footed gave another string to an ever-growing bow.


He played the full ninety in seven of the following nine games, catching the eye with a terrific goal against Morecambe in the Football League Trophy in which the lanky defender stole the ball before ploughing into the opposition third, cutting in on his left and firing a delightful effort into the bottom corner.


Interest began to circle from Championship and Premier League clubs, and just two weeks into January, Branthwaite was moving south to finalise a deal to Everton.


Initially, the plan was for Branthwaite to train at first team level and appear for the under 23s. Because of the pandemic, Everton found themselves with a lack of defensive options, and so the teenager was summoned to the Premier League bench. He was used from it twice against Wolves and Aston Villa, finding the former particularly tricky as he lost his man for the home side’s third goal only minutes after coming on.


His first start came on July 7th away to Sheffield United. A real test for any young defender, given Chris Wilder’s emphasis on big centre and forwards with a strong work rate, but the defender made light work of the home side as Everton ran out 1-0 winners - thanks in no small part to JB’s dominant defensive display.


He featured in four games before the season’s end, and while a full-blown report on the defender was hard to gauge, the early audit was promising. Given his large frame, Branthwaite was competitive in the air and displayed good feet for a big man. His pace in defence also made him useful for Michael Keane (who he featured alongside in all of those games) and enabled him to stroll out with the ball and burst beyond pressing forwards or midfielders.


Many Evertonians felt their latest young star would see more game time in 20/21, but the signing of Ben Godfrey (another youthful centre-half filled with pace and power) limited his appearances in the League Cup. An ankle injury sustained in that competition forced him even further out of favour, which led to a loan move to Blackburn in January.


While at the Latics, Branthwaite played in ten league games, but nine came within the first six weeks of his loan spell - finding himself out of favour as Rovers started to slide down the league table.


He returned to Everton and earned sporadic appearances under Rafa Benítez until the game, which appeared to spark Branthwaite’s Everton career back into life.


In an away match at Chelsea on December 16th, Branthwaite, along with a host of other youngsters, was called upon for the first team as the squad battled with injury and illness. He performed resiliently, making three clearances, two tackles, winning four duels and scoring the equalising goal.


It was a display which reminded Evertonians that he was ready, even if opportunities from then on were limited. It’s clear Lampard likes him, but he struggled to play around with the team last season due to Everton’s precarious league position - instead of allowing him to stagnate this season, he’s done the right thing.


PSV are getting a defender who has shown marked signs of improvement since his early days in blue and a player who will benefit hugely from a run of games as it’s clear his style relies on confidence.


On the ball, Branthwaite will look to progress his new team up the pitch and break lines with his passing. Off the ball, as van Nistelrooy’s side funnels the ball out wide, his height and presence in the box will be crucial, while his pace will also be an asset if PSV’s man-marking system is bypassed.


Given the success of Nodi Madueke since signing for the club, it’s great to see another young English prospect plying their trade in Eindhoven as PSV look set to polish another British gem.